By Martin Young
3 August 2020, 08:01 GMT+0000
Updated by Kyle Baird
3 August 2020, 08:01 GMT+0000
In Brief
This weekend’s epic crypto market momentum has been a remnant of the volatile action witnessed in late 2017. Ethereum has been in the driver’s seat, but instead of the ICO-saturated market of yesteryear, DeFi platforms are now dominating the sector in 2020.
Cryptocurrency markets have reached their highest levels this year in terms of total market capitalization. Trouncing February’s highs of $300 billion, the total market cap surged to $360 billion this past Sunday. The figure has yet to top the 2019 peak in mid-June when the total cap exceeded $380 billion briefly, but we’re not far off. A mass liquidation of leveraged positions on major exchanges appears to have ended the party on Sunday when markets tanked by $25 billion in less than an hour. Nuggets News CEO, Alex Saunders (@AlexSaundersAU), pointed out the dangers of leveraged trading with this stark visual snapshot of the five-minute ETH chart.

Who said 100x leverage in #crypto was dangerous? 🙃 pic.twitter.com/QRojpFlXjJ

At the time of press, cryptocurrency markets have leveled out near $332 billion— just under the yearly highs.

Trading shenanigans aside, digital asset markets have been bullish this year despite everything else that is hammering the global economy. Partner the Spartan Group cryptic hedge fund, Kelvin Koh (@SpartanBlack_1), has been delving into market movements and correlating them with the huge moves that some DeFi tokens have been making recently:

The market has changed in the last 48 hrs and we are now entering into the second half of this 3-year bull market which started in Jan 2019. There is new capital flowing into crypto probably enticed by the massive rally in DeFi tokens over the last few months.

DeFi markets themselves have hit a new all-time high of $4.23 billion total value locked and this has been further boosted by the resurgence in ETH prices over the past few days.

Koh continued to state that the new capital entering markets is now going into larger-cap coins such as Bitcoin, Ethereum, and XRP. Since the three-month consolidation period was broken just over a week ago, over $80 billion has entered the markets. Ripple’s XRP has seldom seen such upward momentum, but it too surged over 40% in under a week which further strengthens this narrative. Koh added that smaller-cap coins will likely suffer in the short-term due to illiquidity and;

This trend will likely persist until $BTC and $ETH have run their course and significantly reversed the underperformance YTD.

Ethereum, which recently turned five, is currently driving the ship, as optimism for ETH 2.0 has been renewed with the final ‘Medalla’ public testnet due to roll out on July 4. ‘Phase 0’ going to mainnet before the end of 2020 is likely to result in ETH prices hitting their highest levels in over two years. At the moment, the retest of $400 for Ethereum has been a massive move. It’s the first time that the price has been at this level since August 2018. On-chain metrics are suggesting that Ethereum is still undervalued, even at these levels. The move is a long-awaited higher-high for the asset which confirms that the downtrend has indeed reversed finally. A bullish cross on the monthly MACD also emphasizes the longer-term trend pattern.

Koh continued his observations adding that the most valuable DeFi tokens are likely to take a breather while this pivot is taking place. The investor expects a second wave of DeFi momentum once the current rally has run out of steam:

When this large cap rally has run its course likely within 2-3 months, I expect a flood of capital to flow back into the DeFi names again, triggering the next phase of re-rating, which is likely to be even more powerful than the first wave.

Koh added that we are now likely entering a bubble that will last for the next 12 months or longer, which also fits with other pricing models such as stock to flow.

Maker has boosted its market share at the top of the DeFi charts to over 30%, as total value locked on the protocol reaches a record $1.3 billion. Since the same time last month TVL has surged by 160%, however, the Dai Savings Rate has remained at zero. MKR rallied with the rest over the weekend, topping $600 for the first time in two months, but has since corrected back to $570. The Dai stablecoin has reached its highest ever market cap, topping out at $370 million over the weekend. MakerDAO recently posted a roundup of developments and governance decisions from July on its blog. 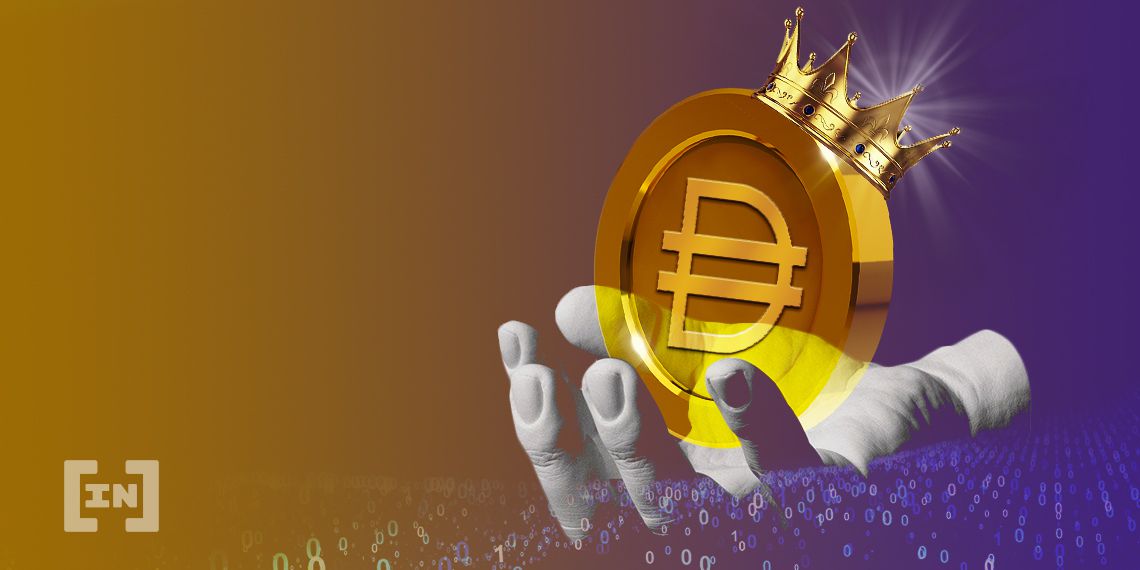 Compound Finance passed two more governance proposals last week and remains in second place with a TVL of $762 million. COMP token prices continue to weaken following their peak in late June—a 5% slide on the day has taken them back to $128. Aave is one of the best-performing DeFi platforms today with a further 7.5% added to TVL over the past 24 hours totaling $533 million. The platform’s LEND token, which is soon to be replaced with AAVE tokens, is still performing solidly. Prices topped $0.37 on Sunday, up a monumental 2,250% since the beginning of the year. A recently posted July update rounded up Aave developments for the month. Other solid performers in terms of collateral locked are Yearn Finance, which has gained another 9% on the day. Balancer, on the other hand, has dipped 13% in TVL over the past 24 hours. Most crypto assets are in the red this morning following massive liquidations yesterday. Despite this, the bullish momentum is still strong. If analysts and investors such as Kelvin Koh are right, the new crypto bull market could just be beginning—so buckle up and enjoy the ride.

Pantera Capital Reallocates Funds to Altcoins in Anticipation of an Altseason

Gemini Earn Users Thought Their Funds Were Protected With FDIC, Turns out They Weren’t