The Tezos (XTZ) price has increased by 130 percent since the beginning of November. The upward move has been showing signs of weakness and a corrective movement is expected.

On December 11, several altcoins posted double-digit losses, lead by Matic Network (MATIC), which decreased by 70 percent. XTZ initially acted in the same way but has since recouped most of the lost value.

Full-time trader @coldbloodshill outlined the XTZ price and stated that he had the same expectations for this coin as what he did for MATIC — meaning that he expects another price decrease.

Shorting it with the same expectations as $MATIC. pic.twitter.com/8X8bHb1Fha

Will XTZ dump in a similar way to MATIC? Continue reading below in order to find out.

At the beginning of November, the XTZ price began an upward move from a low of 900 satoshis. It broke through the 1400 and 1650 satoshi resistance areas without much trouble before returning to validate the latter as support. 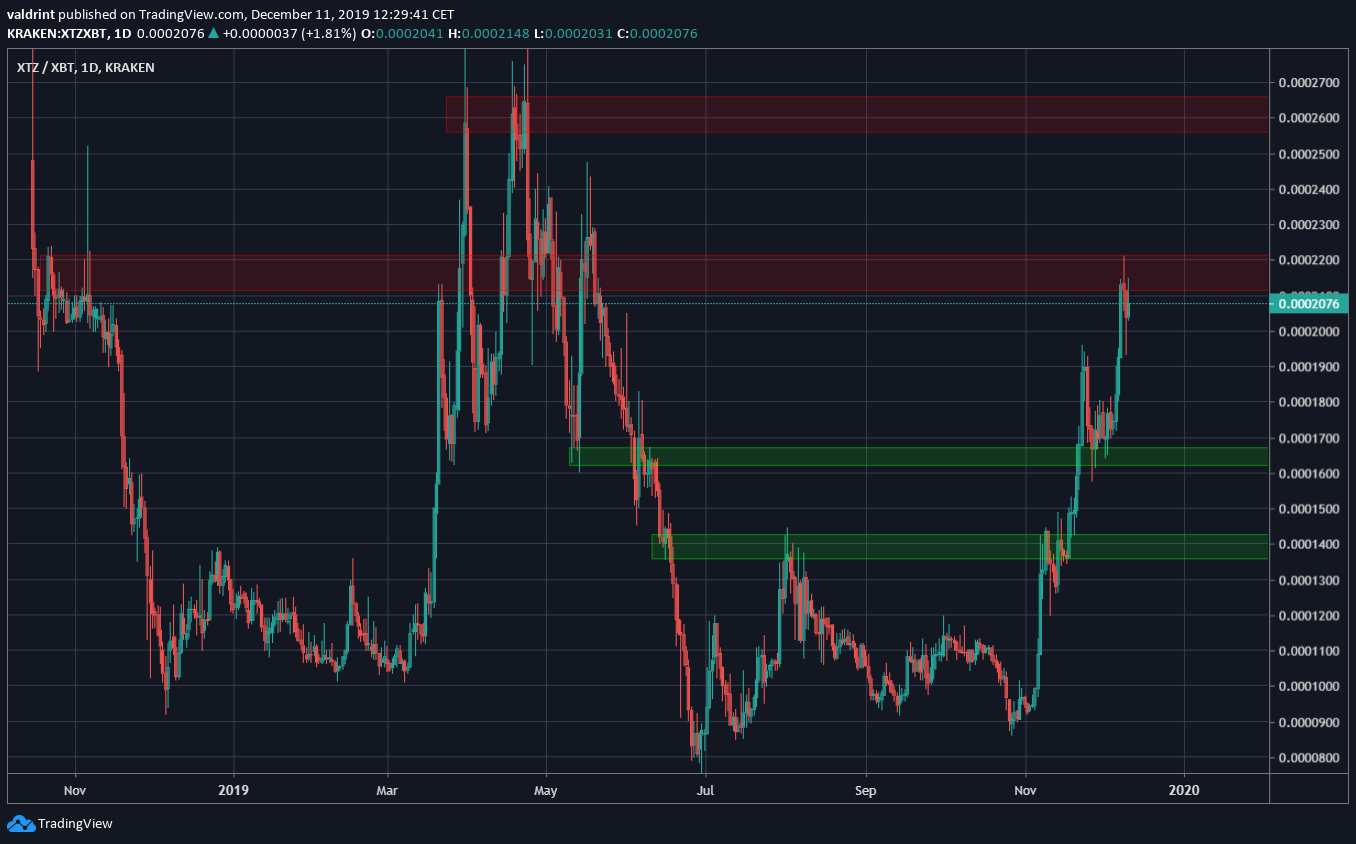 The 100- and 200-day moving averages (MA) have made a bullish cross. This is often a sign that an uptrend has begun and the first time it has transpired with XTZ.

However, the RSI has generated a bearish divergence. Furthermore, it has created a head and shoulders pattern, which suggests that it will soon initiate a strong downward move.

Therefore, while XTZ is definitely in an uptrend, it has increased significantly without retracing and has started to show weakness — signaling that a correction is near. 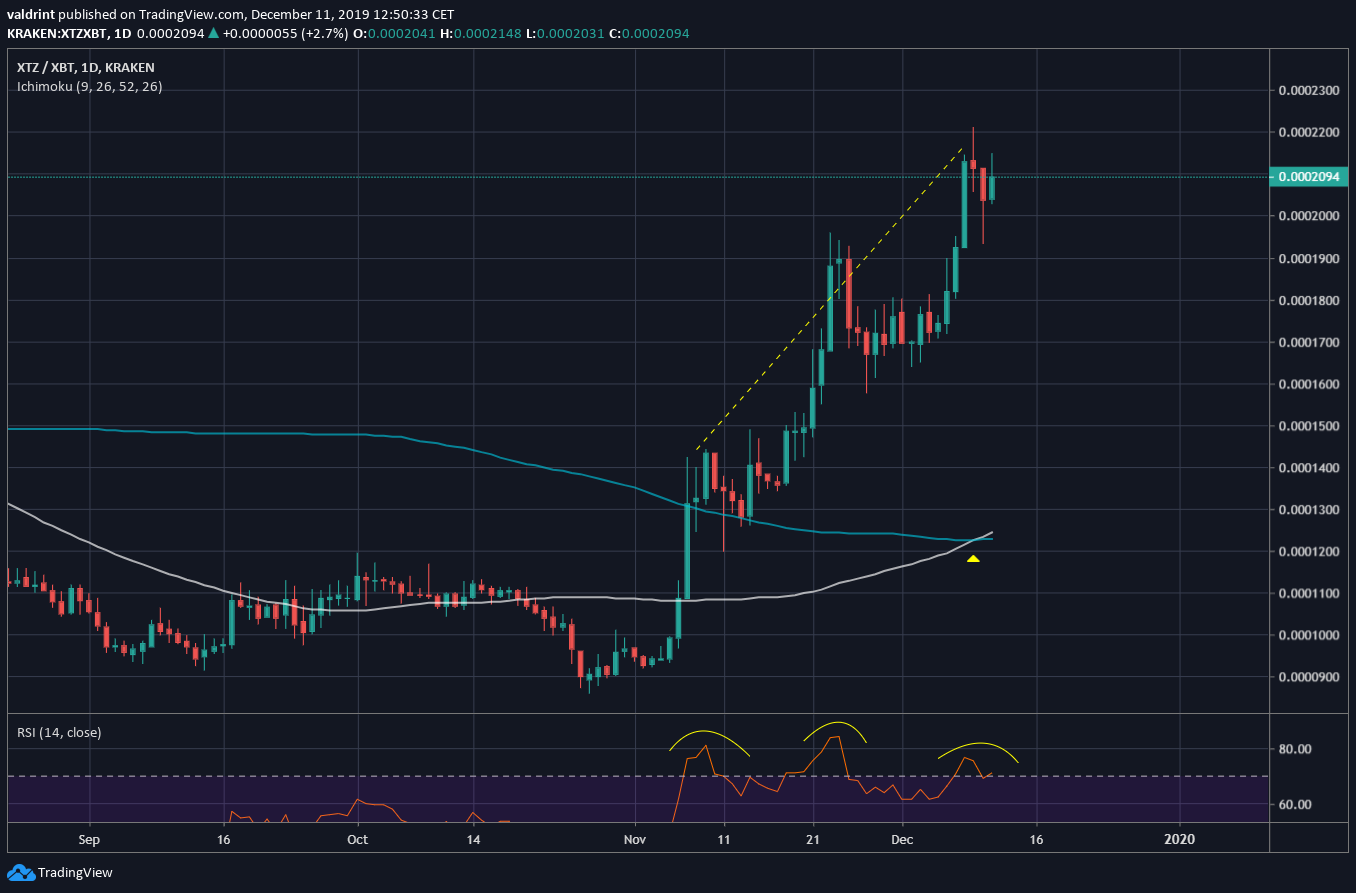 The XTZ price has likely finished a five-wave Elliot formation. What follows afterward is usually an A-B-C correction. If the correction takes the same amount of time as the upward move, we could see the price finishing it at the end of January 2020.

A customary movement would be for the A wave to finish near the support area at 1650 satoshis before the ensuing B wave retraces upward towards 2000 satoshis and the C wave finishes at 1400 satoshis. 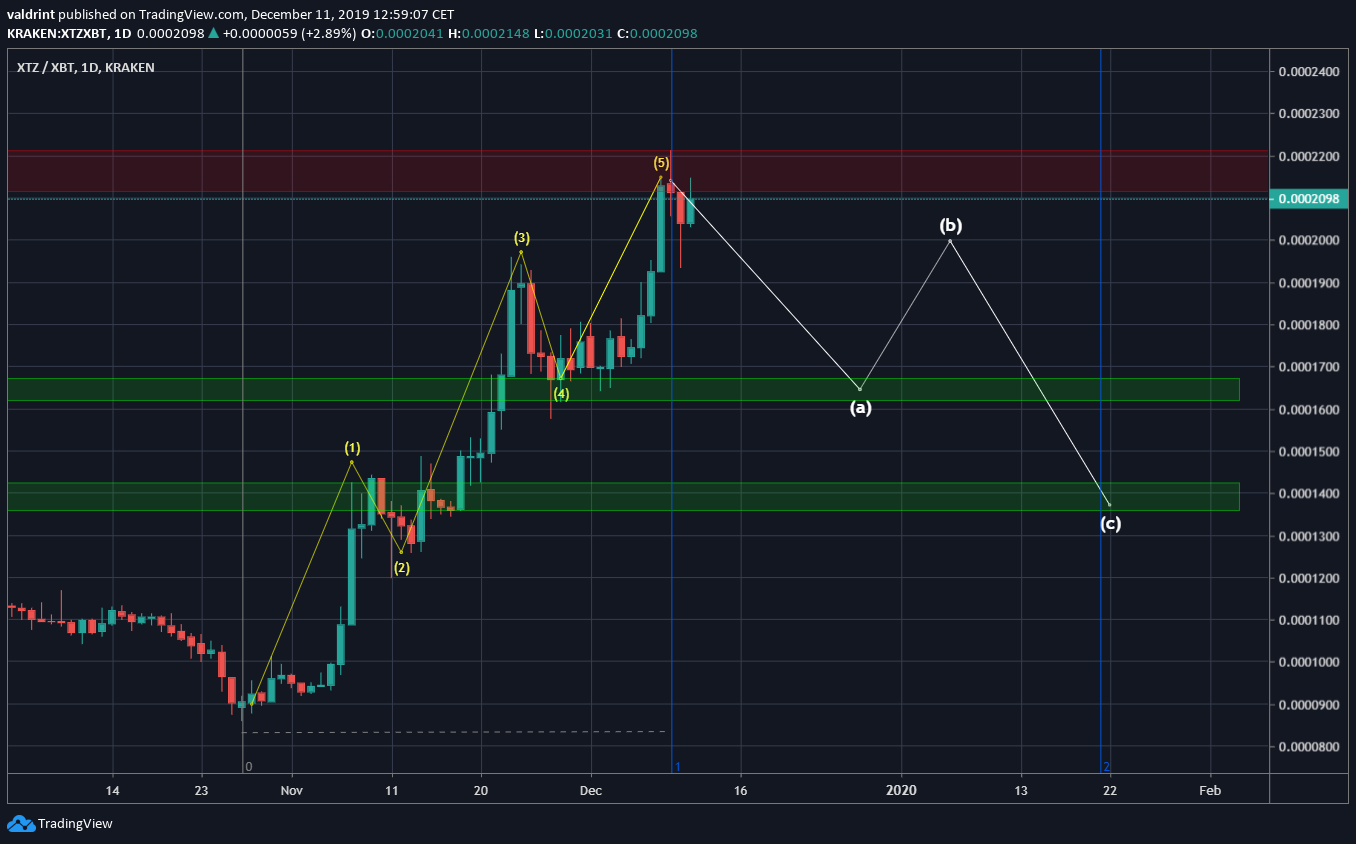 To conclude, the XTZ price has increased significantly since the beginning of November. However, the rally seems to have lost its strength and a corrective period is expected.

The Tezos (XTZ) price has been decreasing since reaching a peak of 25,520 satoshis...

Tezos has become the first blockchain to be used for operational purposes by a...