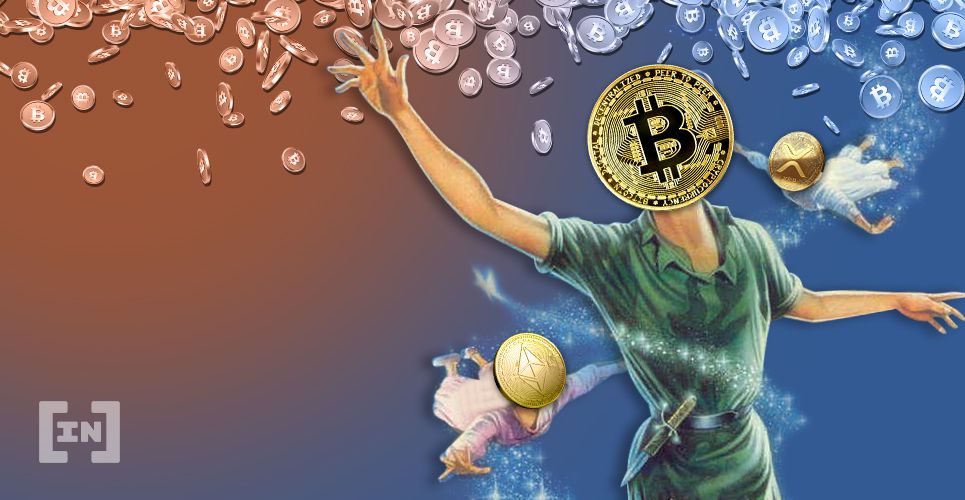 The cryptocurrency industry has finally taken off following a three-year bear market. 2021 has ushered in new all-time highs across the board in the crypto space. The most notable being bitcoin (BTC), which saw a new all-time high around $42,000 earlier in January. The total market capitalization also hit a new all-time high of $1.1 trillion, up from January 2018’s $750 billion.

Organizations have begun to stand up and take notice of the cryptocurrency industry as leading digital asset management firm Grayscale continues to bolster its Assets Under Management (UAM). Most recently the organization reached $25 billion in UAM, with institutional interest growing rapidly.

Popular venture capitalist Chamath Palihapitiya has also recently commented on the price of bitcoin, stating that bitcoin reaching $1 million is possible as it pushes to become a store of value, similar to that of gold.

Cryptocurrencies are most certainly the talk of the town right now. However, with new institutional money entering the fray, and retail traders jumping on the crypto train, the question remains, “Where do they turn to for advice, who are the people to follow within the industry?”

Let’s have a look at the top ten cryptocurrency influencers, in no particular order, to follow this winter bull run.

Antonopoulos offers a plethora of information for people looking to learn more about the leading cryptocurrency and blockchain technology. He offers online workshops, and also hosts his own podcast called “Let’s Talk Bitcoin.”

If you thought that was a lot, Antonopoulos also lecturers for the M.Sc. Degree in Digital Currencies currently being offered at the University of Nicosia.

Antonopoulos represents a professional opinion on the industry as adoption continues to grow and become more popular. With over 530,000 followers, Antonopoulos is certainly the face of blockchain education and worth a follow.

From blockchain educator to blockchain cryptographer and cypherpunk, Adam Back is a bitcoin evangelist through and through. Back has been involved in the industry even before bitcoin was invented, leaving some followers to question if Back could possibly be the creator of bitcoin.

Some would say Back was ahead of his time, much like Satoshi Nakamoto. Back created Hashcash, a proof-of-work system that limited email spam and denial-of-service attacks. Hashcash has also been used as part of the mining algorithm in bitcoin, among other cryptocurrencies.

Back has always been a strong advocate of security and encryption. This is perhaps why he was one of two people to receive an email from bitcoin creator Satoshi Nakamoto.

Back has embraced the growth of bitcoin and shares his views on Twitter with his 230,000 followers. He has been an integral part of the cryptocurrency movement, especially for bitcoin. The cryptographer has even looked at ways to transfer BTC through the use of satellites and mesh networks.

While many may believe he is in fact Satoshi Nakamoto, Back has previously denied this. Back currently heads up Blockstream, a blockchain technology company that focuses on storing and transferring of digital assets.

Back represents the old guard of the cryptocurrency space, an early evangelist for decentralization through bitcoin.

Nick Szabo is a cryptographer with research experience in digital contracts and digital assets. He is known as being the individual who penned the term “smart contracts” that is now used commonly today.

Szabo has been considered the most likely person to actually be bitcoin creator Satoshi Nakamoto. However Szabo has admitted numerous times he is not the creator of bitcoins.

Szabo has experience with creating one of the earliest cryptocurrencies known as Bit Gold. Bit Gold was designed in 1998 and was never officially released due to problems not acceptable to a decentralized currency.

It is strongly considered that the creation of bitcoin came from Szabo’s design of Bit Gold. Which is likely why so many people believe he may be Satoshi.

Szabo still fights for decentralization and security on his Twitter page, which boasts over 258,000 followers. He in some shape or form represents an integral part of bitcoins creation, and therefore apparently deserves a follow.

It is not uncommon to find personalities on social media platforms operating under pseudonyms, as they prefer to remain anonymous. The cryptocurrency space has seen many individuals generate a small, or even large fortune and the threat of being doxxed, or having their personal information shared online remains.

Coupled with the goal of decentralization, users feel the need more than ever to avoid having to have their personal information shared anywhere within the crypto industry.

CryptoCred also has a free newsletter dubbed Technical Roundup. Anyone looking to develop their trading skills in the cryptocurrency market should follow CryptoCred for his free trading course, and constant input he provides into trading successfully.

Notsofast is another Twitter personality who prefers to remain anonymous. Notsofast has been in the crypto space for as long as many can remember. He brings with him an abundance of knowledge related to altcoins and mining altcoins.

Notsofast shares his passion for mining altcoins, trading altcoins, as well as non-fungible tokens (NFTs). He can be considered to be an “OG” (Original Gangster) in the cryptocurrency fraternity, and his 150,000 followers can attest to that.

Notsofast offers a wide array of informative content on the current affairs of crypto and is easily worth a follow, especially for anyone interested in mining cryptocurrencies.

Yet another pseudonym account, PlanB is a personality who appears to know what he is talking about when it comes to bitcoin. PlanB is a Dutch investor who works as an investment manager in a team managing a multibillion dollar balance sheet, according to their website.

PlanB explains that the name represents an alternative plan to quantitative easing. The ability for central banks to print money could lead to the hyperinflation seen recently in Zimbabwe.

PlanB operates his own website which features all his features and interviews on industry podcasts. PlanB also provides several articles detailing his Bitcoin Stock-to-Flow (S2F) model. The model is based on scarcity which enables him to quantify the value of bitcoin. He explains this theory more in-depth on several podcast interviews.

PlanB brings his quantitative finance background to the cryptocurrency market and offers important analytical data to his 217,000 followers.

Josh Olszewicz is another gem to follow on social media when it comes to cryptocurrency happenings and trading with technical analysis.

Josh has been in the crypto space for years and is well known with his followers as being the person who speculated bitcoin would hit $33,000 by July 2018. Even putting the “33kbyJuly” tagline in his name.

While Josh was not right about the timing, bitcoin did inevitably see $33,000 and surpassed that eventually.

While the “$33k by July” tagline might have started off as a meme with an incredible price target, it eventually would become a self-fulfilling prophecy. There is no reason why followers of Josh can’t expect to see the “$100kbyDecember” tagline next as Bitcoin continues its surge in 2021.

Another popular Twitter account to follow is WhalePanda. WhalePanda describes themselves as an angel investor, and crypto OG. It is fair to say WhalePanda has been around long enough to be considered an original gangster in the crypto space.

WhalePanda is an active user on Twitter, posting everything crypto-related from news, latest happenings in the industry, opinion pieces, and even the odd meme to enlighten everyone during those bloody Mondays.

At this point, it is becoming quite clear that crypto personalities love their comedic cartoon avatars and pseudonym names. However, these in no way reflect the valuable insight and information followers can expect to receive, related to the crypto markets. In particular from DonAlt.

DonAlt has also been an avid cryptocurrency trader and altcoin gem hunter for as long as we can remember. DonAlt boasts a Youtube channel that is shared with previously mentioned CryptoCred.

For new cryptocurrency enthusiasts looking to learn the ropes, DonAlt offers his 174,000 followers valuable insight into trading and cryptocurrency projects.

Our final crypto personality to look out for during the 2020-2021 bull run would be Loomdart. Loomdart has been around for a fairly long time and is an avid meme poster. Loomdart claims to have dropped out of university at the age of 22. Most likely due to getting involved in crypto.

Loomdart is simply one of those accounts you have to follow in order to keep up with what is happening on crypto Twitter.

We can assume Loomdart has made all the money he needs and most likely just posts memes on Twitter to his 125,000 followers for old times sake. Either way Loomdart is definitely worth a follow.

Starbust, or better known in the crypto community as Inversebrah can only be described as the meme connoisseur.

This crypto account has one goal and one goal only, and that is to retweet any tweet that features someone getting insulted, disgraced, or humiliated. The general consensus is for someone to get “burned” by a joke or insult, to tag Inversebrah who will then retweet the moment.

The account has grown in popularity in recent years that now 35,000 followers follow and tag Inversebrah to ensure the best memes in the industry.

Certainly worth a follow for some light hearted humor related to the crypto market.

2021 has kicked off with a bang as cryptocurrencies surge to new all-time highs. A new inflow of crypto traders and investors will flood the market during the bull run.

Follow all the relevant social media accounts to stay up-to-date with the latest happenings across the industry. Be sure to check out BeInCrypto’s top six crypto influencers to follow to stay ahead of the pack.