Over $600 Million in Ethereum Locked in DeFi, Up More Than 200% from Last Year

Decentralized Finance (DeFi) is a term that is being used to describe the world of financial services that are increasingly... More), a much-vaunted sphere of digital assets, has been increasing at a staggering rate, up over 200% from the same time last year.

Cryptocurrencies are on their way to global penetration, as their prominence continues to grow, and people find more use for... More, derivatives, payments, and assets. Considered an overall indicator of the health of the space, the $650 million locked up in DeFi accounts for 2% of the total Ethereum supply. 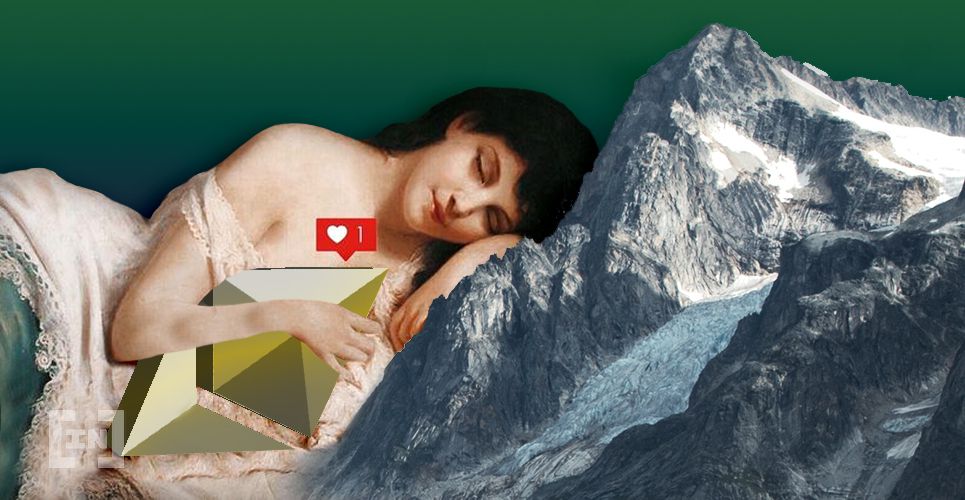 Although the cryptocurrency market may appear to be stagnating, the fundamentals are looking stronger than ever, and the number of investments pouring into it is only increasing. The latest figures from the decentralized finance analytics platform, DeFi Pulse, shows that the amount of funds locked into the market is near its all-time high of more than $650 million. This is more than a 200% increase from the same time last year when it was roughly $220 million. In 2017, this value was at $10 million. 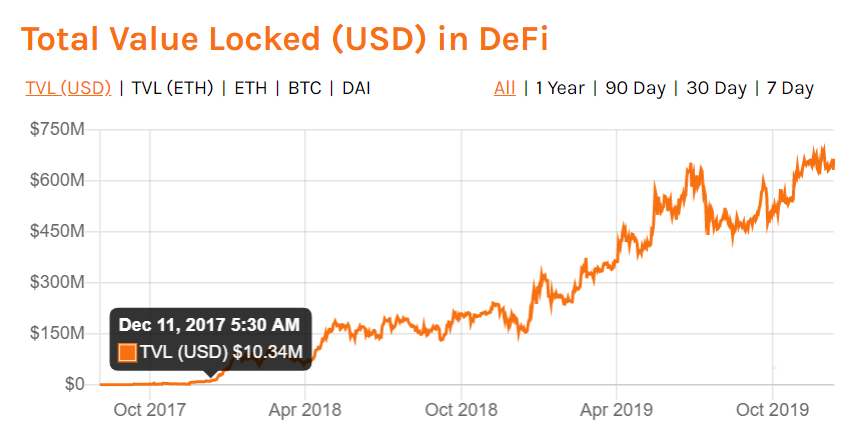 The MakerDAO ecosystem, which includes the cryptocurrency collateral DAI stablecoin

Stablecoins are a class of cryptocurrency that aims to provide price stability.  A perceived drawback of cryptocurrency is price volatility.... More, accounts for the majority of the locked funds, at $333 million. The project recently announced that it would begin accepting collateral in different assets, with Basic Attention Token

BUY NOW (BAT) being the first such token to be accepted. Previously, only ether could be used as collateral to secure DAI.

Derivatives platform, Synthetix, comes in second, with $165 million locked in. The platform gives investors exposure to several different assets, including bitcoin, gold, and fiat currencies via the Ethereum blockchain. The platform is expected to add stocks and indices soon.

Even as DeFi continues to gain steam, well-known Bitcoin

BUY NOW proponent, Peter McCormack has tweeted about grading cryptocurrencies. While referring to Ethereum, McCormack stated that centralized systems or SQL would be better:

Cryptocurrencies have been commonly associated with wealth. Many people think that this is an easy and novel method to make... More (HEX)
6. Just a scam (OneCoin)

Some maxis will hate this as only (1) is not a scam. I see it differently.

McCormack expected the tweet to attract flak — which it did, and said that it was more important to ask the right questions as opposed to ‘making excuses.’

ShapeShift founder and CEO, Erik Voorhees, responded to the tweet, making a justification for the Ethereum network by saying that DeFi would be illegal if it were an SQL database:

Defi would be illegal as an SQL database. It exists only because Ethereum exists.

In a separate response, Voorhees went on to say that he was earning interest on his assets without the involvement of a central party.

As further proof of the growth in Ethereum usage, the Santander Bank recently became the first financial institution to manage all aspects of a bond on a public blockchain. The bond was settled in September and raised $99,000 in quarterly interest. Santander has shown a great deal of interest in distributed ledger technologies and has committed 20 billion euros to digitize its information technology systems.

On-chain metrics of Ethereum have also been on the rise, with the hash rate exploding in the last six months and active addresses being at a 10-month high.