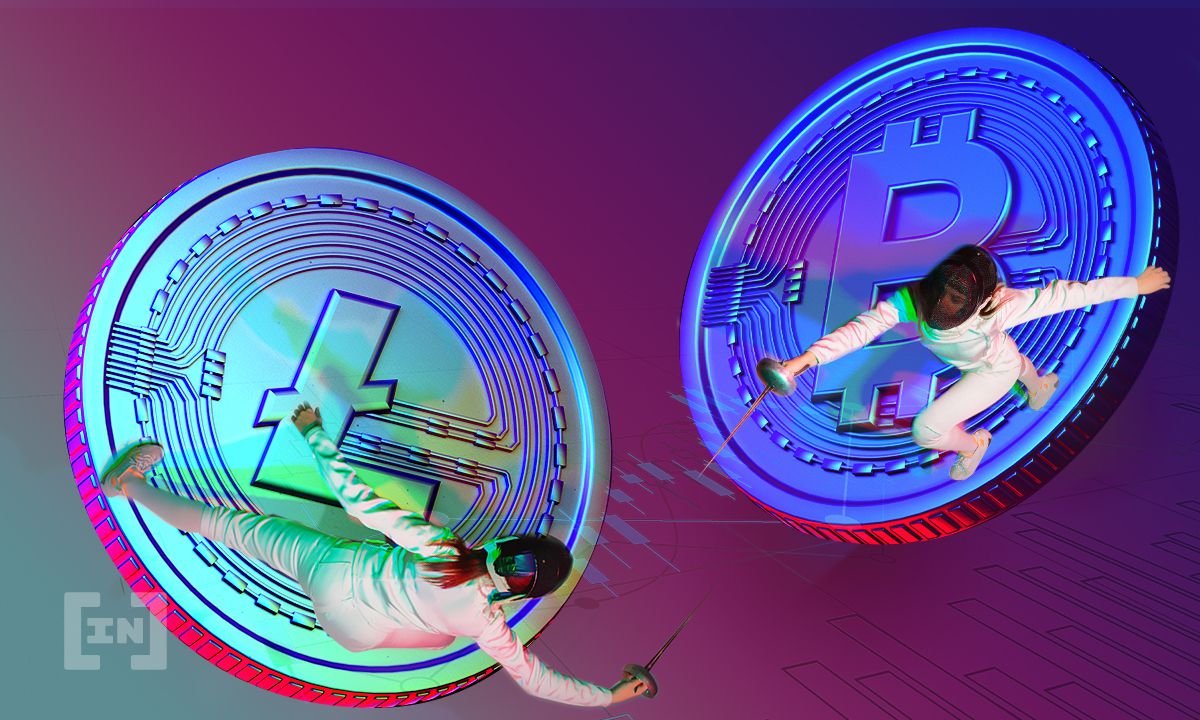 Over the past several years, public interest in cryptocurrencies has soared. It has garnered attention from would-be investors, whose intrigue in the space has surged as time has passed. Bitcoin’s attraction has become synonymous with creating millionaires and increasing people’s wealth.

Since Bitcoin, hundreds of other cryptocurrencies have been forked from it or been created. Litecoin (LTC), a Bitcoin fork, is one of these altcoins. While the community base Litecoin on the same underlying blockchain and verification method as Bitcoin, there are several key differences that might help you decide which is right for you, so let’s inspect what sets these two coins apart.

Bitcoin is an invention that, for the first time in history, enables everyday people to create and manage a digital money supply outside the control of any government or bank. A revolutionary idea when introduced in 2009, Bitcoin continues to have implications that technologists and economists today are just beginning to explore and understand.

To begin, it helps to think of Bitcoin as a software protocol like those you interact with every day, think SMTP (which helps route your emails) and HTTP (which ensures the web content you request from your browser is delivered to you by servers). The Bitcoin protocol enables computers running its software to manage a data set (the blockchain) and enforce a set of rules that make this data (bitcoins) scarce and valuable.

The essential building blocks the Bitcoin protocol uses are:

Litecoin (LTC) is one of the first successful “alternative cryptocurrencies.” Litecoin’s release inspired a wave of developers to expand the user base by altering Bitcoin’s code, using it to launch new kinds of networks for cryptocurrencies. So, while Litecoin wasn’t the first cryptocurrency to copy Bitcoin’s code and change its features, it is one of the more historically significant. Establishing a robust market over time, even if it has sometimes faced criticisms it lacks a clear value proposition.

As interest from merchants in cryptocurrency faded in the mid-2010s, litecoin would adopt a more aggressive approach to development, pioneering new features like the Lightning Network and Segregated Witness, innovative technologies now live on Bitcoin.

Rather than stoking competition between the networks, the market has largely viewed these efforts as in line with Litecoin’s values. The project differs from many other cryptocurrencies because they have always positioned it as a complement to Bitcoin. Early marketing efforts for the project portrayed litecoin as the silver to bitcoins gold. This tagline continues to entice potential buyers until now.

This essential building block is what Litecoin protocol uses:

Similarities between Litecoin and Bitcoin

Most of the functionalities of Litecoin are very similar to Bitcoin. However, Litecoin has some special features like a unique Litecoin mining hashing function, faster block generation time, and increased maximum coin supply that makes it stand out in the cryptocurrency sphere. But they decentralize both Bitcoin and Litecoin cryptocurrencies that encrypt themselves from any government or central authorities.

The following are some key similarities between the two:

Litecoin and Bitcoin: What are the major differences?

Despite having many similarities at the core level, the debate of Bitcoin and Litecoin also results in some differences.

The most significant difference between bitcoin and litecoin is its hashing function. As mentioned earlier, Bitcoin uses SHA-256, which is processed quickly on the ALUs of graphics processing units. Let’s look at some more key differences between litecoin and bitcoin.

Another area in which Bitcoin and Litecoin differ significantly is their market capitalization — the total dollar market value of all the created coins. Bitcoin is more popular because of its ability to be mined by large farms and mining pools; also, demand for it has risen so high that it commands a very high cryptocurrency-to-dollar exchange rate.

Another fundamental difference between Bitcoin and Litecoin is the number of cryptocurrency each protocol can produce. Bitcoins network can never exceed 21 million coins, whereas Litecoin can accommodate 84 million coins.

In theory, this sounds like a significant advantage for Litecoin, however, supply and demand dictate prices for commodities and investments, along with consumer and investor sentiments. Both appear to believe that Bitcoin aligns with their interests, value, and financial goals, so its price reflects that.

Although technically transactions occur instantaneously on both the Bitcoin and Litecoin networks. But the latter tend to prioritize transaction speed. The Bitcoin network’s average confirmation time is around 10 minutes per transaction.

This can vary widely on network traffic. The equivalent figure for Litecoin is roughly two and a half minutes.

Bitcoin and Litecoin are both cryptocurrencies that use proof-of-work consensus mechanisms to add new blocks to the blockchain. However, the algorithms behind these cryptocurrencies are quite different, as Litecoin is less complex and requires a lower hash rate.

The inner workings of Bitcoin and Litecoin are thus very similar, with similar governing principles. They both require an immense amount of computing power to mine blocks on the main chain. Some consider that they have improved the inefficiency of this process with the emergence of new protocols, such as proof-of-stake.

Both Bitcoin and Litecoin have an original block size limit of 1 MB. However, these limits can supersede by using off-chain or layer two solutions to improve scalability.

Both Litecoin and Bitcoin provide a limited supply of currency that cannot be surpassed. Bitcoin is at 21 million and Litecoin at 84 million. They will reach the supply limit once they have mined all the coins. It’s estimated that the very last bitcoin won’t be mined until the year 2100, because of its difficulty adjustments that keep the rate of new block creation stable.

It’s estimated that litecoin’s supply limit will be reached roughly about the same time. Bitcoin and litecoin rewards miners for mining blocks which halve at given intervals, every 210,000 blocks for bitcoin and every 840,000 for litecoin. Scarcity allows the coins to preserve their value.

As mentioned, both bitcoin and litecoin miners operate within a PoW-based system, but Litecoin demands less computing power thanks to its simplified algorithm. Litecoin makes it easier for miners to take part in the network with no specialised hardware, enabling even those with a private computer to mine easily.

How It All Started

Litecoin — Charlie Lee was a computer scientist at Google before creating Litecoin in 2011. He created Litecoin intending to attract merchants who were looking for a quicker way to process transactions. To help people “own bitcoin and hold bitcoin,” Lee put the development of Litecoin aside and joined a cryptocurrency exchange as Director of Engineering from 2013 to 2017.

In late 2017, Lee departed the crypto exchange to pursue Litecoin development full time. Lee now serves as the managing director of the Litecoin Foundation, a non-profit dedicated to the project.

Satoshi Nakamoto released bitcoin — Bitcoin’s white paper, titled “Bitcoin: A Peer-to-Peer Electronic Cash System,” in 2008. He created it in response to the 2008 global economic crisis to combat inflation. They mined the first 50 bitcoins upon the release of the software, enabling a decentralized network of computers to run a digital economy that is still thriving today.

No one has heard or seen Satoshi after he left the project in 2011. Since then, hundreds of developers have contributed to improving Bitcoin’s code, whether it is routine bug fixes or great, efficiency-driven improvements.

Bitcoin and Litecoin are both leaders

There are many value predictions for both litecoin and bitcoin that range from highly conservative to extremely bullish. Both currencies will keep their place as a leader, but some believe that rivals like ether could seize the top spot.

Both currencies and communities will undoubtedly grow their users and community of miners, developers, and node supporters. Litecoin transactions will probably increase as the blockchain supports an extremely low-cost P2P payment option. Bitcoin will probably keep its role as digital gold because of its prestige as the first cryptocurrency.

Is litecoin better than bitcoin?

Value-wise bitcoin is always a better option. But if you are using crypto for a transaction, litecoin is the better option — better speed, low fees, etc.

Is litecoin still a good investment?

Litecoin is much cheaper than top-performing cryptocurrencies like bitcoin because of the number of investors. Litecoin might experience the same increase in value in the right market conditions. Until that occurs, the low price makes it a high-risk, high-reward investment opportunity.

Marc Aucamp is from Cape Town, South Africa. He discovered cryptocurrency in 2017 and since then he has been learning about not only cryptocurrency but also the entire blockchain network. Marc Aucamp believes that this is the future, and it has the potential to positively affect the lives of everyone who gets involved, which is why he is also an investor in crypto. Spending his time researching and writing about this exceptional space is something he loves to do, gaining as much knowledge as possible to help educate people about the possibilities crypto has for our ever-evolving future. 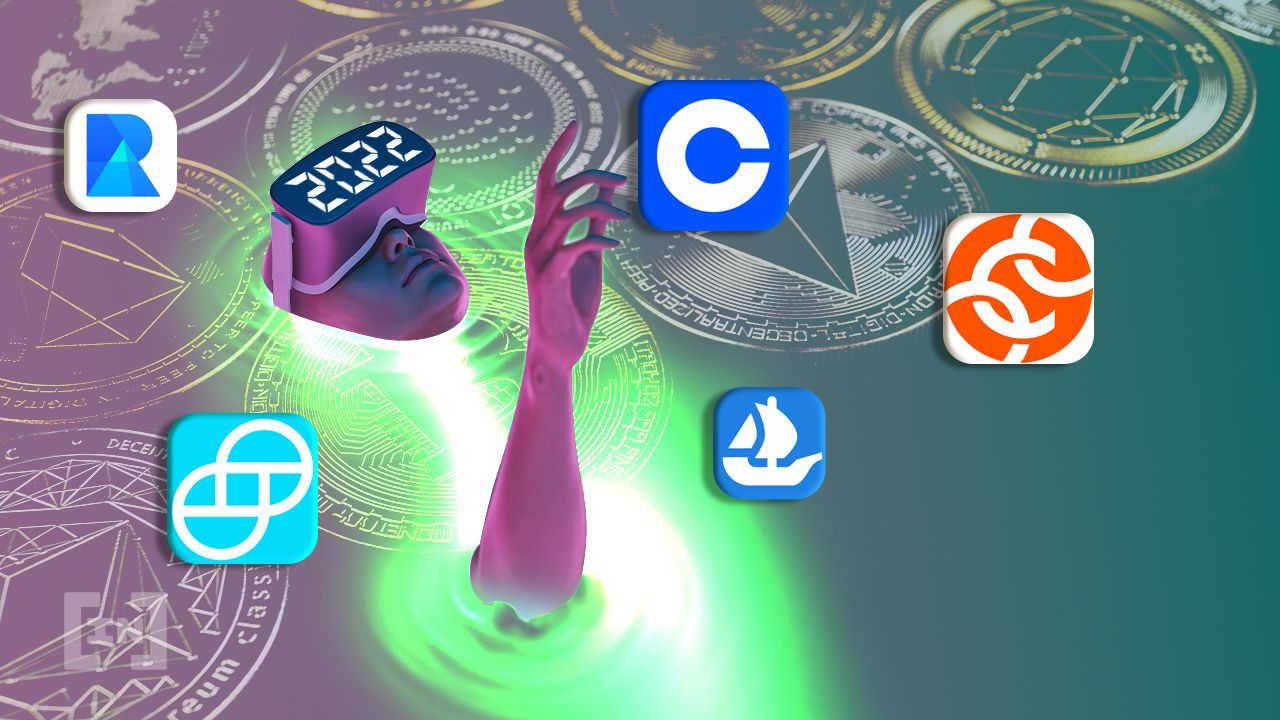 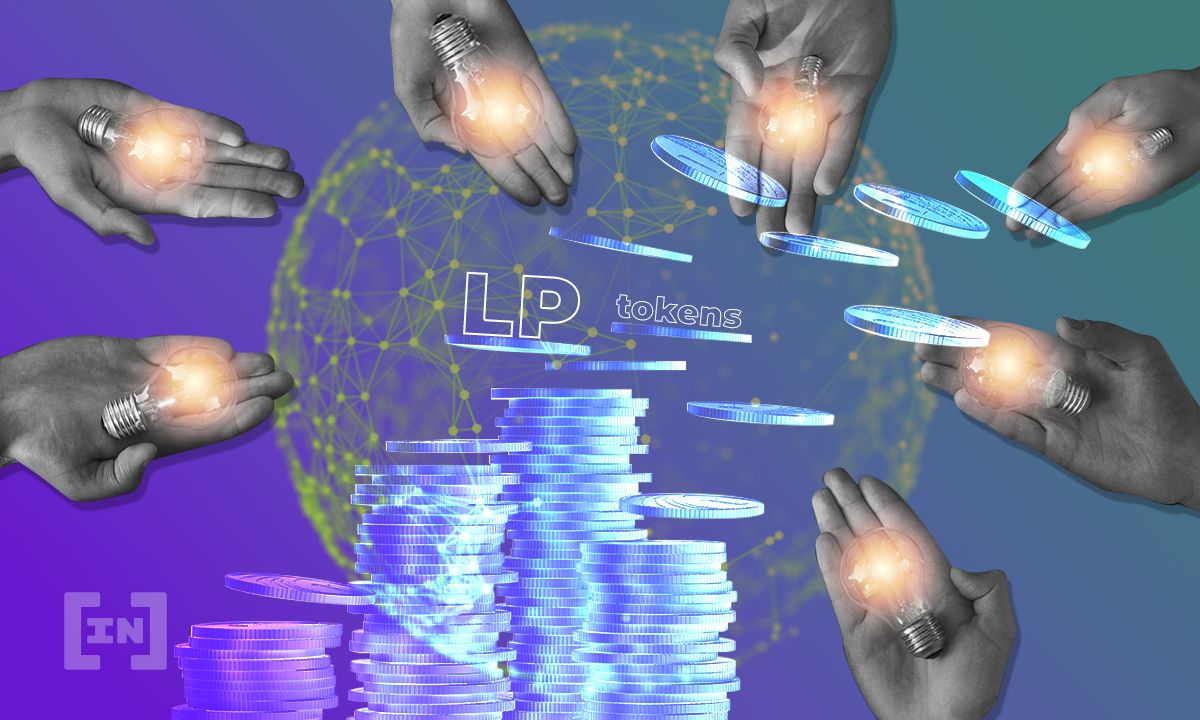 Liquidity Provider (LP) tokens are a novel way through which...
Advanced 2 weeks ago
View all content