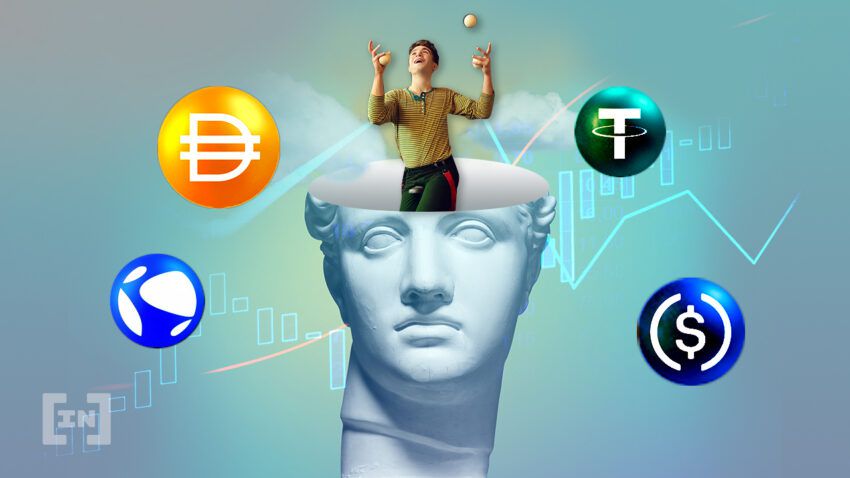 The market cap of TerraUSD has exceeded that of BUSD, putting it behind only USDT and USDC. The UST market cap now stands at $17.7 billion and is the third-largest stablecoin by that measure.

The TerraUSD (UST) stablecoin, a product of the Luna ecosystem, has surpassed the Binance USD (BUSD) in terms of market cap to become the third-largest stablecoin. With a market cap of $17.5 billion, UST is now only behind Tether and USD Coin, which have market caps of $82.8 billion and $49.9 billion respectively.

The UST stablecoin has been growing rapidly, particularly so since the start of the year. The increase in market cap has been accompanied by more exposure for both the LUNA token and UST. However, this exposure has not always been positive, with Terra in the middle of some controversies.

The Luna Foundation Guard (LFG), a non-profit organization that aims to support research and development for the Terra ecosystem, has been accumulating more Bitcoin and AVAX. The LFG now has over 42,000 BTC and is aiming for the lofty goal of holding $10 billion worth of BTC.

All of these headlines have led to the LUNA token hitting an all-time high. The Terra network expects to add 160 new projects by the end of the year, which would go a long way in boosting its total value.

Exceeding the market cap of BUSD is no small feat, though UST trading volume is still one-fifth of BUSD. This will be sure to draw some attention, especially since Terra co-founder Do Kwon said that “DAI will die by his hand.”

Not all of the news surrounding the Terra ecosystem has been positive. Its strong growth this year has been the subject of much discussion and controversy, as some doubt its sustainability.

Doubts relating to the LUNA token price have resulted in Kwon accepting a $10 million and $1 million bet that it wouldn’t drop below $88 in a year’s time. These are some hefty bets, but Do Kwon appears confident that LUNA’s price will grow going forward.

Then there was the fact that Do Kwon was served a subpoena by the United States Securities and Exchange Commission (SEC) at a public conference. Terraform Labs filed a lawsuit against the SEC after receiving this subpoena.