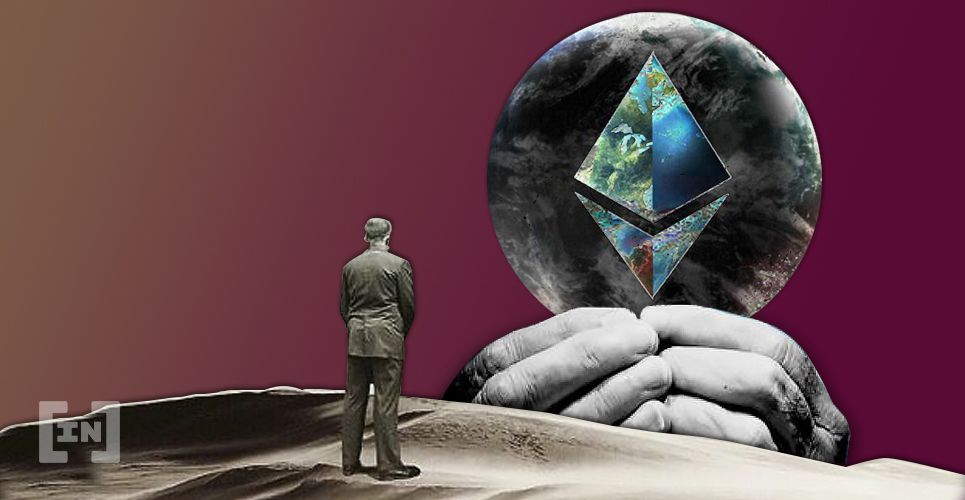 Two mining pools on Ethereum are continuing to dominate the competition and now make up over half of the entire hashrate for the network.

Hashrate is often used as an indicator to judge the strength of a network. However, it is also important to look at how distributed this hashrate is. In the case of Ethereum, it is becoming more and more dominated by a few major pools. 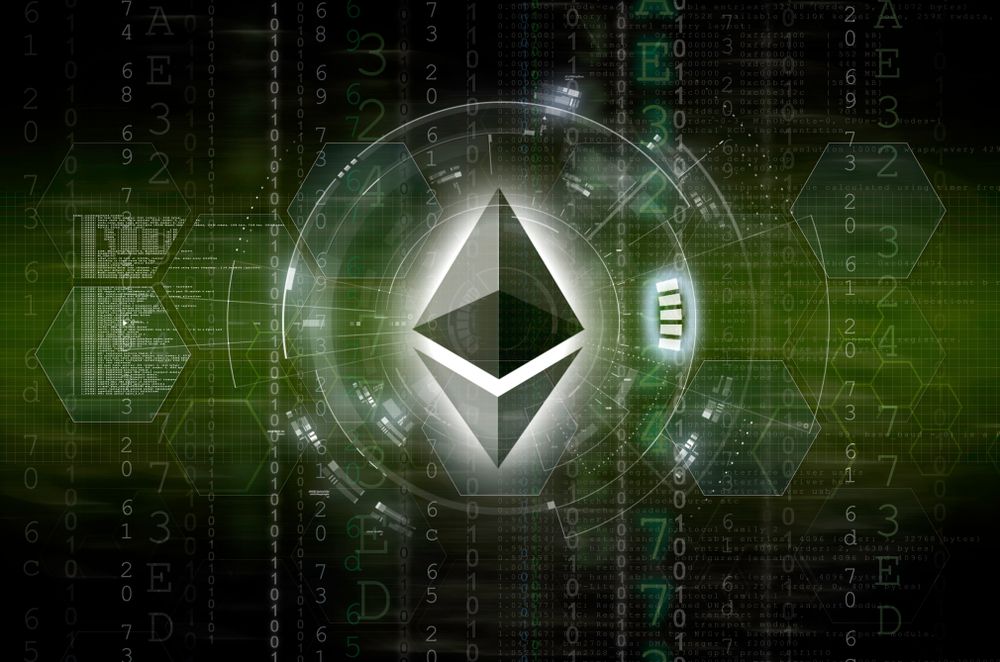 Ethereum’s hashrate has remained relatively steady since 2019. Unlike Bitcoin, it has stayed within a certain range after peaking in the middle of 2018. This is probably because Ethereum will someday be transitioning to a proof-of-stake consensus model.

Despite the hashrate staying constant, there is now less and less competition among mining pools on Ethereum. According to the latest numbers, two Ethereum pools now account for over 50% of the hashrate. Ethermine and Spark Pool are the two leading mining pools on the network now, as ungrubles (@notgrubles) recently tweeted. 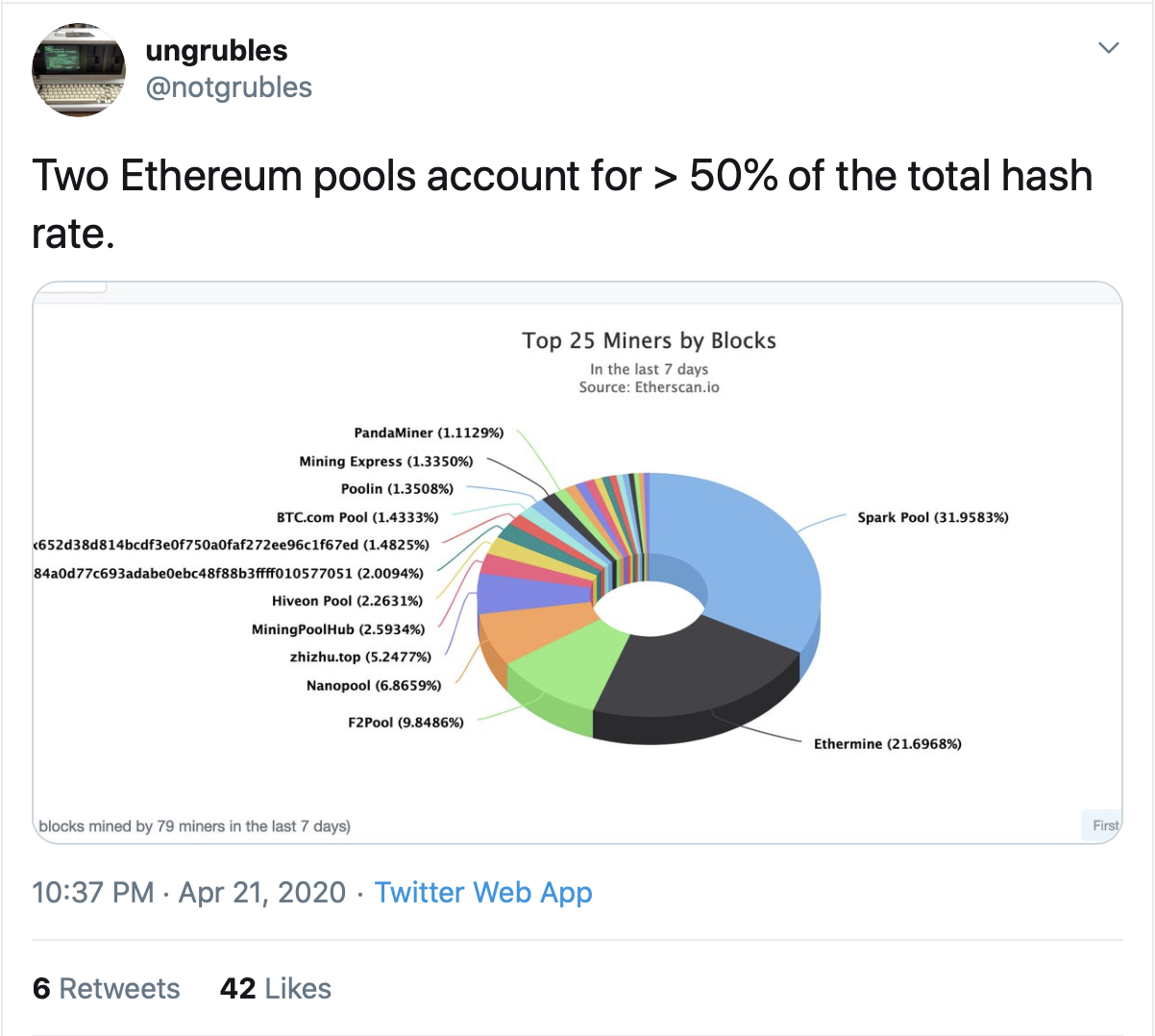 This is in sharp contrast to Bitcoin, where no mining pool is responsible for more than 18% of the total hashrate. However, it should be noted that Bitcoin’s miners have nonetheless been criticized for being overwhelmingly based in China.

Regardless, the declining competition among miners on Ethereum is concerning. However, it may not have much of an impact in the long-term if Ethereum moves to a proof-of-stake network soon enough. Miners are already getting squeezed: in 2019, miners on Ethereum saw their revenues plummet by 75%.

Ethereum 2.0 is in production now and ‘phase 0’ on testnet is now live. However, the full rollout of Ethereum 2.0 is still far away and will likely take years.

For advocates, the proof-of-stake model keeps value “within the system.” Some also maintained that 2020 could be the year of staking, although COVID-19 and the ongoing crisis have thrown a wrench in those plans.

If ETH 2.0 is the economic shift many of its fans claim, then it likely won’t be realized for a long time. This is what makes the dominance of these two mining pools especially concerning.

As it stands now, Ethereum will continue to mine blocks for years to come. So, we can likely expect these two dominant mining pools to continue to expand their control. The end result could mean that the network will be in exceptionally poor health before it transitions to proof-of-stake. Nothing is certain, however; and it’s up to Ethereum to write its own future and lead the proof-of-stake revolution it wants.