The Cryptocurrency Industry Has A Forking Problem! Can On-Chain Governance Help Solve It?

Governance on the blockchain has proved to be quite problematic in recent years. Is an on-chain stake-based governance a better solution than the current off-chain establishment?

For one and a half years, Satoshi Nakamoto directed the Bitcoin

BUY NOW community’s baby steps toward a decentralized financial future. After mid-2010, though, Nakamoto stopped contributing to Bitcoin’s development altogether. In April 2011, in one last discussion with the community, Satoshi revealed moving ‘on to other things’ and passed the torch to the developers at that time — led by Gavin Andresen.

Since then, the process of governance has been anything but smooth sailing. The Core development team changed. The miners grew more influential by merging into gigantic mining pools. Service providers wanted a voice of their own, too.

Soon enough, what started as a simple scaling debate turned into all-out war among different factions. With no Nakamoto around, everybody wildly guessed what the future would look like for the original blockchain. One side demanded a block size increase while the other wanted a block restructure that could allow the creation of layers on top of the Bitcoin blockchain.

Eventually, an agreement was reached — notoriously known today as the New York Agreement. Ironically, this agreement caused a split between the two sides and, in August 2017, the big blockers split and created their own version of ‘truth’ called Bitcoin Cash

Such governance hiccups are the status quo — not only for Bitcoin (BTC) but also for other top cryptocurrencies.

BUY NOW (ETH) had its fair share of problems after the DAO hack. Once more, the community couldn’t find a middle ground in a fundamental governance matter. Those who believed that code is indeed law didn’t accept the development team’s rollback proposal and split to create what we now call Ethereum Classic

Such problems led to the creation of a new generation of governance-focused cryptocurrencies — in which major decisions are made on-chain. 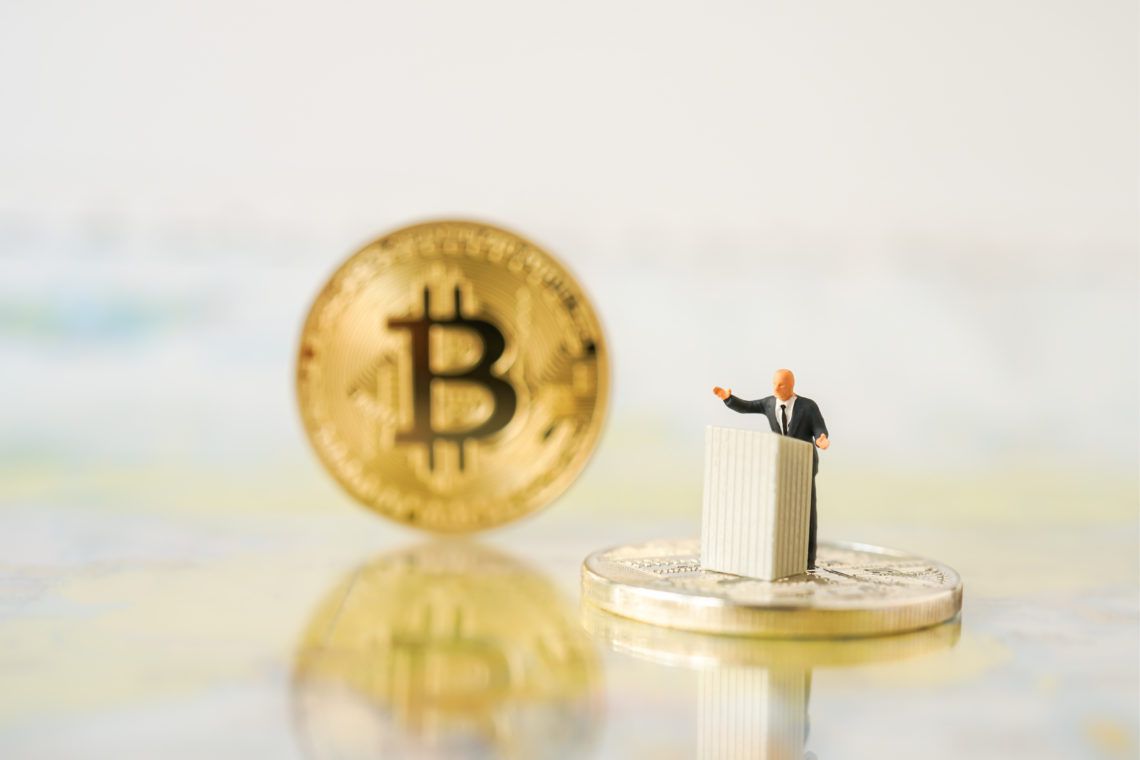 To understand this concept of on-chain governance, we must first dissect Bitcoin’s original model.

Bitcoin has no formal decision-making structure. All potential upgrades are ‘negotiated’ off-chain between tech-savvy adopters, developers, and miners. The Bitcoin Improvement Proposal (BIP) is more of an informal implementation for proposing changes in code, with no actual voting

Can blockchain be used for Voting? Across the globe, decisions made about many of societies issues are decided upon by... More system involved.

A BIP is approved when the Core team reaches a general consensus. The miners have to be on the same boat and agree to implement the changes.

Blockchain is a digital ledger that’s used for storing data on several servers across the world in a decentralized, trustless... More works in a similar way, based on the Ethereum Improvement Proposal (EIP) model. There are specific guidelines but the blockchain doesn’t record the negotiation or the voting process in any way. The terms are agreed off-chain.

Because of the past failures to reach actual consensus, some now believe that governance should be made on-chain and all token holders should have their say in the process. 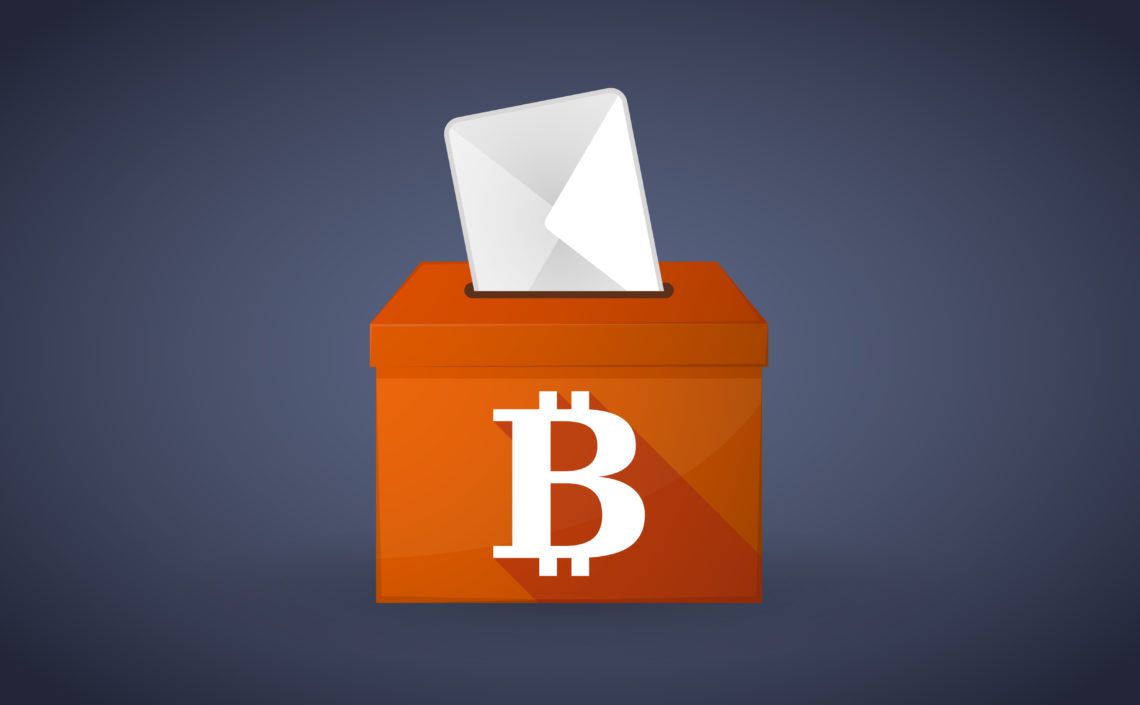 What Does The Current On-Chain Governance Landscape Look Like?

Proof of work and proof of stake are both ways of achieving trustless and distributed consensus on the blockchain. Many... More and Proof-of-Stake

Proof of work and proof of stake are both ways of achieving trustless and distributed consensus on the blockchain. Many... More. Since miners have a big influence on the roadmap of any pure PoW cryptocurrency, Yocom-Piatt thought of a second PoS-based layer that validates the blocks generated by miners.

Yocom-Piatt also introduced an on-chain governance system that requires not only the miners’ support but also the vote of the DCR holders. Users participating in the validation process can also vote on-chain for proposed upgrades.

For transparency purposes, the Decred development team created Politeia, a proposed system that stores a timestamped record of any governance-related data conducted off-the-chain.

Decred is a governance-focused cryptocurrency whose consensus architecture and proposal system attempt to address perceived shortcomings with development funding and stakeholder influence.

BUY NOW has a very similar model. In addition to just participating in the voting process on-chain, the Masternodes can make changes to mining algorithms unpopular to miners and can also vote to replace the project’s core development team.

BUY NOW is based on the same on-chain formal governance model. Tezos is a PoS-based cryptocurrency with the stakeholders having the possibility to vote on software changes, including on the voting procedure itself. Moreover, the self-amendment feature allows this particular blockchain to upgrade without hard-forking like in Bitcoin’s or Ethereum’s case.

While intriguing, it remains to be seen if the on-chain governance model will truly change the cryptocurrency industry. The model may be much more transparent and inclusive but, in the long run, it may not solve the decentralization problem in terms of decision making.

Moreover, in such formal models, vote buying can become a major problem. Once identified, the stakeholders’ votes can be bought, or, at least, they can be influenced to vote in a certain way that could prove to be detrimental to the overall ecosystem.

Not all stakeholders are tech-savvy or financial experts and not all of them wish to participate in the governance system. That is why a robust model like Bitcoin’s can turn out to be much more efficient than a convoluted on-chain system.

What do you think? Does the on-chain governance model implemented in coins like Decred, Dash, and Tezos have a future in the industry? Is the model better than how Bitcoin or Ethereum work? Share your thoughts in the comments section below!