While most of the cryptocurrency market’s attention is usually turned towards Bitcoin — and its market dominance continues to dwarf its competitors — Tether remains an essential cog in the machine.

Tether, on most days, accounts for the highest volume across the cryptocurrency market space — but things look like they are changing. Over the past two weeks, the volume for USDT has started to ebb. It is showing signs of slowly heading towards a downward trajectory. More so, the market cap of the coin, which is added to by minting new USDT that is supposed to be backed to US Dollars, has been static for the last three months.

Tether has always been a controversial project, but it has ingrained itself as a useful tool for the transfer of value — despite that value partly being backed by nothing. With more appearances in the news, recently, one starts to wonder if users are beginning to wane from the major stablecoin

The fall in Tether’s volume and its stalled market cap was pointed out by former eToro analyst Mati Greenspan (@MatiGreenspan). He pointed out the information and graphs that showed that, perhaps, there was less interest in Tether than before. However, he did not offer up what it could mean.

In the last 24 hours, Tether has been twice in the news.

Tokenization has been around for a long time. To give a very broad definition; a token is a representation of... More efforts on BTC.

Second, for their ongoing legal battles with the State of New York.

However, for Tether, its key performance indicator will always be trading volume — seeing as the coin is, supposedly, pegged to the price of one US Dollar. If its volume, which often sits above Bitcoin and miles above any other coins, starts to fall, it is a good sign that there is less interest or desire to use it. 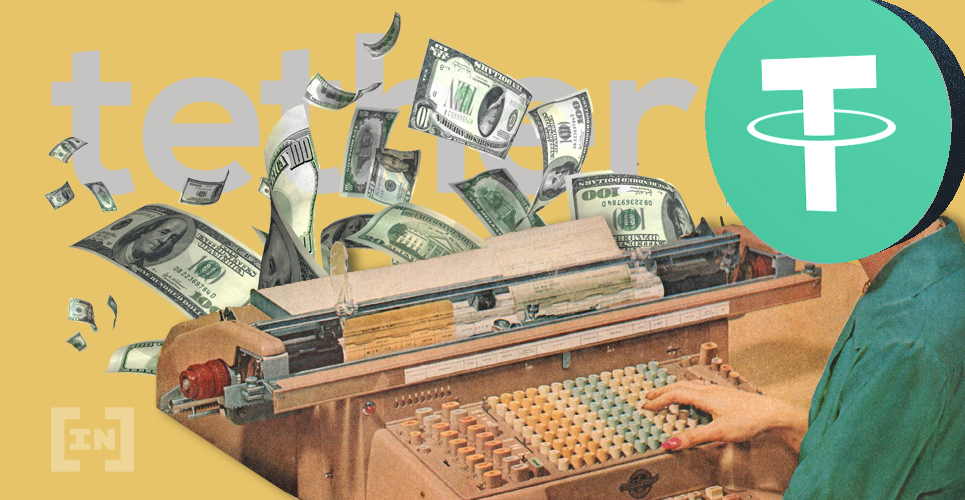 What has also started to become apparent with Tether greasing the volume wheels of the cryptocurrency space is that it may have an impact on the overall price and market cap of the space — specifically, Bitcoin.

Commentators have noted that, when Tether’s treasury is in the mood to print off large sums of new USDT, there is often a correlation to a price rally in Bitcoin. Bitcoin has been in a bearish trend of late and it seems to have started this downtrend when Tether stopped minting coins.

However, those who believe in the correlation with Bitcoin’s price and the minting of USDT are sensing that a new round of Tether minting could spark a price rally for Bitcoin. If the volume of Tether is also sinking, and it is fighting lawsuits and other bad news, there may be something else going on behind the scenes.

Bitcoin's Best Time to 'Buy in the Dip' Is Coming, Predicts Tone Vays