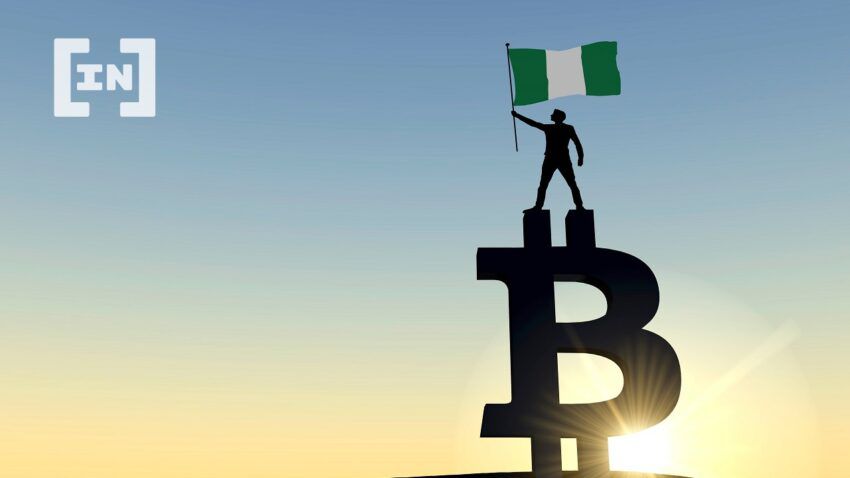 Nigeria: As inflation hits 16%, young people are taking up a new asset class beyond the reach of legacy financial institutions.

Nigeria and cryptocurrencies have had a long, storied history. The West African country is aligning itself to play an integral role in crypto adoption on the continent. Home to over 200 million people, it is the most populous country on the continent and bears the title, the “Giant of Africa.”

Be[In]Crypto had an exclusive interview with Aliyu Pokima who is the Chief Operating Officer at Gorth Nigeria Limited. Pokima and his brother started the firm to deliver petroleum products to other companies. “Storing company reserves in USDT helped maintain value over crippling inflation,” he told BIC.

This oil-rich country leads the continent in having the largest GDP with $432 billion in 2020, according to data obtained from the world bank.

Despite the glowing statistics on paper, figures on the ground paint a sad picture of inequality. There is an ever-increasing gap between the rich and the poor. In 2020, data from the Nigerian Bureau of Statistics revealed that about a staggering 83 million Nigerians, or roughly 40% of the population live in poverty.

However, for thousands, the temptation of cryptocurrencies might be the jolt that wakes up the sleeping giant from its hibernation. It is championed by its incredibly young population.

“It is difficult to pinpoint the earliest foray of cryptocurrency into Nigeria. But the pioneers certainly got skin in the game around 2015 with discussions being held in local forums like Nairaland and Facebook groups,” said Aliyu Pokima.

According to the 25-year-old crypto enthusiast, the next phase of cryptocurrency adopters was drawn by the initial coin offerings (ICO) in 2017. A few young, daring Nigerians took a big leap into the cryptoverse. Small fortunes were made and a bitter lesson was learned in the wake of the ICO crash, Bitcoin’s incredible rally and steep decline a few months later.

“For the early pioneers, cryptocurrencies provided a chance to escape the crippling effects of inflation and devaluation of the naira, Nigeria’s national currency. It was caused by poor monetary policies of the country’s central bank,” Pokima said. The opportunity to net impressive returns added to the magnetism around cryptocurrencies for these early investors. At that time, only a handful of local exchanges and users operated in the space. But the big break was just over the horizon.

Nigeria and the Covid 19 pandemic

The pandemic was one of the biggest drivers of cryptocurrency adoption in Nigeria, according to Pokima. The economy was crippled with millions out of work. Inflation reached double-figures in Q2 of 2020. With inflation at around 16%, young Nigerians looked outside of the naira as a way to hedge their wealth. Bitcoin was the go-to choice.

Pokima said, “Word spread like wildfire as friends told friends about the new asset class beyond the reach of legacy financial institutions. The naira had already been devalued by the Central Bank of Nigeria in 2020, making the transition to cryptocurrencies an easy decision by young Nigerians.”

Aside from the devaluation of the naira and sky-high inflation, the next big push towards crypto soon arrived. The End Sars protests against police brutality started. The protests ran for weeks and the government’s response was to crack down on the bank accounts of protesters, making it hard to fund the protests.

The other side of the coin

Donations flowed in Bitcoin form and reached a crescendo after Twitter’s founder Jack Dorsey made a donation and urged Twitter users to donate to support End Sars. The absence of third parties and the decentralized nature of cryptocurrencies was a major tipping point for young Nigerians to make the adoption in defiance of the government.

On February 7, 2021, the Central Bank of Nigeria (CBN) released a statement to enforce the ban it had placed on the asset class in 2017. This restricted banks and financial institutions from facilitating cryptocurrency payments. According to the central bank’s directive, several Nigerians who had purchased cryptocurrencies with their bank accounts had their accounts frozen.

This created an air of panic. But users and crypto startups thought of ingenious methods to continue their operations. The answer was the use of Peer-to-Peer (P2P) trading. However, rumors circulated that the country’s secret police were lurking on P2P spaces to start a crackdown.

The CBN’s decision to suppress the growth of cryptocurrencies drew even more attention to the asset class. Bitcoin was enjoying a stellar year in 2021 while the Nigerian economy was in the pain of hyperinflation. Nigerians simply wanted a piece of the digital pie, Pokima noted.

Global exchanges like Binance and FTX took note of the immense potential the country had and began spreading their reach. Said Pokima, “Soon, millions of young Nigerians without a bank account had set up digital wallets, spending hours peering at charts and sharing tips over social media.”

Sensing capital outflows and the need to prevent the increasing cryptonization, the central bank hastily launched its central bank digital currency (CBDC), and dubbed it the eNaira. After a rocky start, the CBDC went live. It was the first in Africa and put Nigeria in the league of other countries with functional CBDCs.

According to the central bank, the purpose of the CBDC was to foster financial inclusion. But it failed to provide a way out of the lingering problems of currency devaluations and cross-border payments.

As cryptocurrencies enjoyed a stellar 2021, Nigerians jumped on the train, shining a light for the rest of Africa to follow. Non-fungible tokens (NFTs) were embraced in Nigeria’s growing crypto circles. Artists like Alabi Mayowa, Osinachi and Anthony Azekwoh seized the moment to share their art with the world.

NFTs bypass the traditional art galleries and intermediaries. DeFi projects are reaching out to millions of unbanked Nigerians. They have interesting offerings like digitizing the traditional methods of crowdfunding.

“Cryptocurrencies can really change the narrative for Nigeria and the rest of the African continent. In the Nigerian context, it will have to meander through government and regulatory hurdles and the prejudice that laces cryptocurrency usage and fraud,” Pokima said. “Perhaps cryptocurrencies, DeFi and Tradfi can coexist in a perfect symbiotic relationship. ”

Be[In]Crypto will watch this space.

Want to discuss Nigeria, crypto, or anything else? Then join our Telegram group.