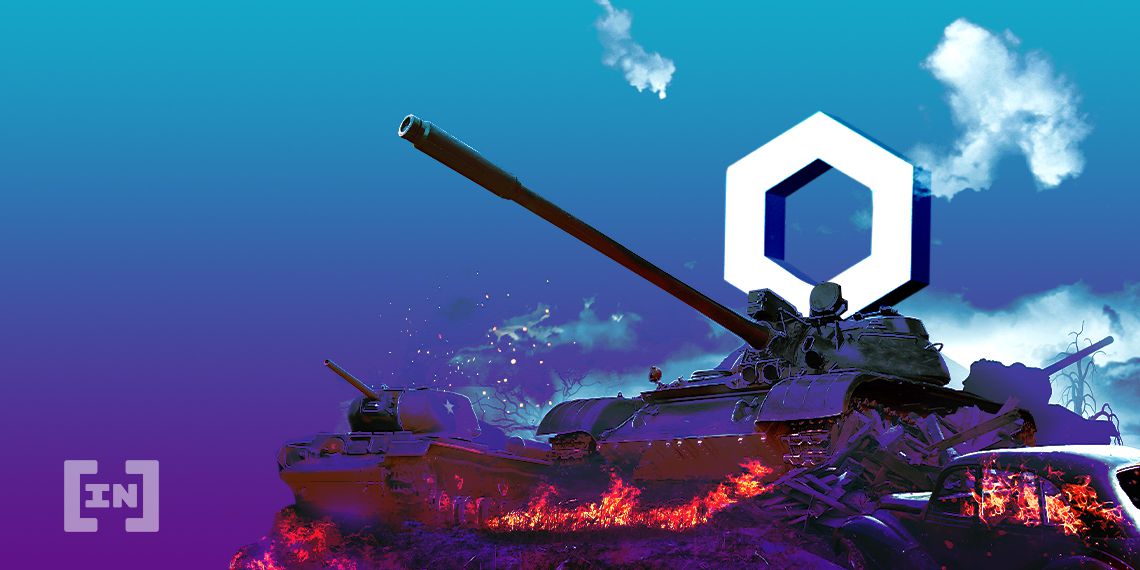 LINK keeps surprising the cryptocurrency space. After several weeks of an uptrend, the oracle network entered a new phase of price discovery.

After several attempts of creating FUD from a fraudulent Zeus Capital, LINK continues on its way up. The token is already ranked sixth in market capitalization on CoinMarketCap.

Chainlink is, without a doubt, one of the frontrunners in this current market uptrend.

Some of its hardcore holders argue that it’s LINK who’s leading the market, not Bitcoin or Ethereum.

The surge comes shortly after an infamous report from a Zeus Capital copycat, which accused LINK of market manipulation and being a scam.

The King of Trading Volume

Seemingly unaffected by the FUD, LINK keeps rising both in price and trading volume.

One of the reasons behind the latest price action is the funding rates on Binance Futures.

The funding rate has been negative for about 8 hours, which suggests that plenty of LINK short positions have been squeezed. To summarize, traders kept attempting to short LINK each time it clocked a new all-time high.

As the price keeps going up, these short positions become over-leveraged and have to pay, and many have gotten fully liquidated. This contributed to pushing the price even higher.

One of the most famous short positions is the one allegedly held by Zeus Capital, whose account is constantly sponsoring paid content on Twitter in order to advertise it.

Chainlink is in price discovery territory. It currently passed Litecoin in market capitalization and is now challenging Bitcoin Cash for a place in the top-5.

Oracles seem to be one of crypto’s hottest potatoes. Not only is LINK going up, but also its direct competitor—Band Protocol ($BAND).

If LINK’s growth during this period is impressive, BAND’s has been ever better.

The Bangkok-based project went from $1.80 to around $13.40 at the time of writing. The rising price action came right after Coinbase announced it would be listing the asset on Coinbase Pro.

Comparisons are constantly coming up between the two projects. On a long-form Medium post, Smart Content does a deep analysis of both projects. Its report states:

When fully compared, Band Protocol is going for a blockchain-based approach to solving the oracle problem by using monolithic consensus, which enforces standardization of nodes and has upper limits to its decentralization.

This rigid model is why Band will struggle to support authenticated APIs in a scalable manner, as it’s near impossible for all nodes to support credentialed data in their framework without redesigning the whole data industry from the ground up.

Although the post could be accused of being biased towards LINK, it seems that BAND is still far away from LINK in customer adoption and real-world usage.

This raises questions about how solid the current bull run is if projects without much real use can gather millions of dollars in a matter of days.