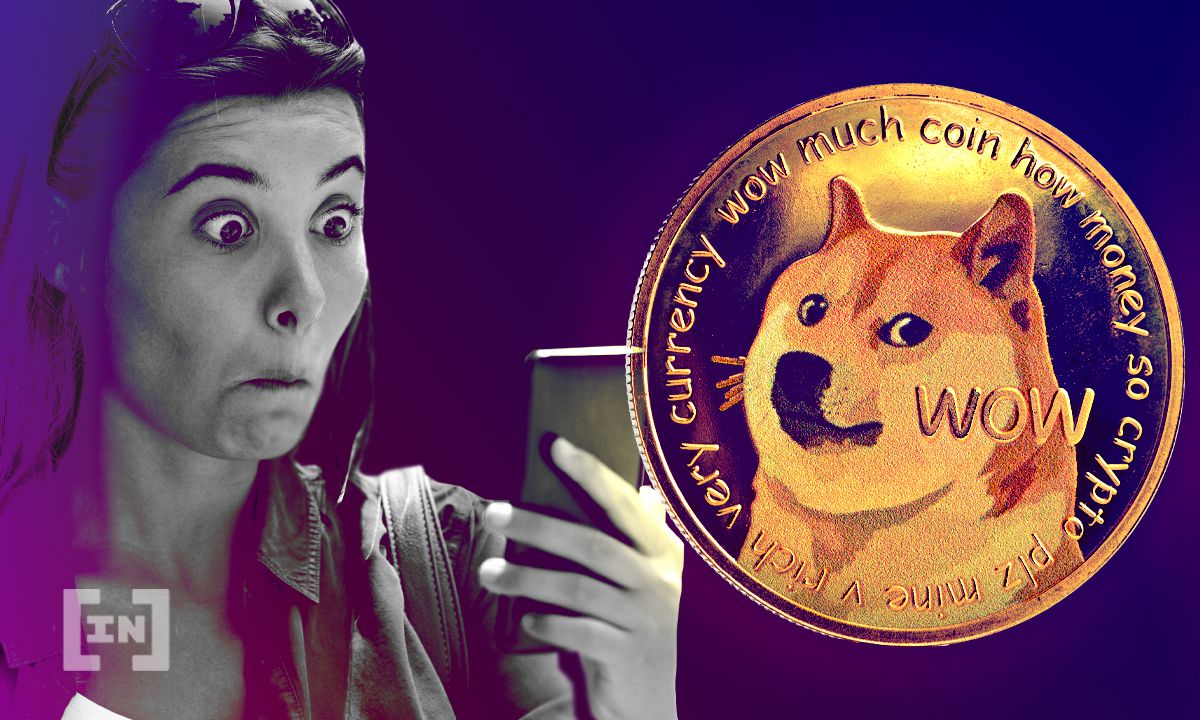 With the GameStop drama coming to an end, retail investors should now think for themselves to avoid financial ruin.

2021 has witnessed an unprecedented surge of interest from retail investors looking to make money on equities and various other assets. While this has led to an inadvertent transfer of wealth, many have also been burned in the process.

With the democratization of information and speech through platforms such as Reddit and Twitter, every voice has a platform. In many cases though, these voices can be malicious or self-motivated — all while disguised as a joke or innocuous meme. Most of the time, the authors have no regard for the wealth of their target audiences.

Retail investors with little previous exposure to capital markets are often the ones falling victim to such misinformation. Many ultimately lose their savings and faith in the markets, never returning to try again. For evidence of how small-time investors get caught in the crossfire, take a look at the recent short squeeze involving GameStop.

A short position involves investors betting against a stock by preemptively selling it and buying it later at a lower price. If the price goes up, however, the investor is forced to buy in at whatever price the market dictates. Furthermore, if there is zero supply of shares on the market, the demand can cause prices to skyrocket. This is known as a short squeeze.

In early January 2020, a small group of users on Reddit’s WallStreetBets (WSB) community discovered that GameStop’s shares had been heavily shorted. The video game company has seen its prospects decline in light of the pandemic and changing consumer behavior. This motivated multiple hedge funds and institutional investors to take short positions on GameStop.

Historically, these firms’ short positions have been a risky, but generally profitable play. In this case, however, a staggering 140% of the company’s public float had been sold short. This figure meant that GameStop had become the most shorted stock on Wall Street.

Reddit’s WallStreetBets community was quick to point out that the situation was ripe for a short squeeze. Over the course of the first few weeks of 2021, users of the discussion board began buying up all available shares of GameStop. As the date for short sellers to repay their dues drew nearer, GameStop’s price began shooting upwards.

The WallStreetBets community grew from two million users to a staggering eight million, with user activity spiking at market open. The subreddit’s moderators also acknowledged that the increased load from new comments and posts were slowing down Reddit’s servers.

This rapid growth, however, also marked the beginning of the end for WallStreetBets’ coordinated attack against hedge funds. As we know now, GameStop’s share prices did not meet the wild price targets of $1,000 and beyond.

With billions of dollars on the line, it became increasingly clear that the hedge funds were running out of time. A few firms closed their positions, bringing the total short capital interest down to 70% and later, to 45%. Other firms simply waited as the subreddit derailed from its original mission.

A tale of misinformation and misguided investors

By late January 2021, many users began shifting their focus to other heavily shorted stocks such as AMC Cinemas. Some other affected assets were BlackBerry, American Airlines, Bed Bath & Beyond, and Nokia.

Some users on Reddit, however, argued that their community had been infiltrated by Wall Street firms. By splitting the community’s focus between GME and other stocks, hedge funds could indeed limit retail investors’ purchasing power.

As the WSB community grew, it became increasingly difficult for inexperienced investors to separate the noise from the legitimate discussion. While a handful of staunch believers rallied for everyone to hold GME alone, many suggested buying other stocks too.

In the end, the lack of focus and confusion significantly weakened the community’s cause and restricted GameStop’s upward trajectory.

As a result of this confusion, WSB’s initial grassroots charm had almost completely disappeared by late January. The community became overrun with malicious individuals, uninformed advice, and inexperienced money. Ultimately, GameStop peaked at around $500, before losing steam and rapidly depreciating.

However, even after GameStop’s stock began falling, the overwhelming majority of posts on WSB encouraged users to hold their stake. By the time the share had crashed to sub-$100 levels, many investors found themselves deep in the red.

Had these users not listened to the advice of anonymous posters, they could have averted massive financial damages.

The WallStreetBets community prides itself on its unique lingo — which can make the true meaning of posts hard to decipher. For inexperienced investors, understanding the WSB language can make the difference between success and failure. Unfortunately for many, the true battle-cry was often lost in translation, leaving behind traders with massive losses to contend with.

Screenshots involving losses worth tens of thousands of dollars began surfacing on the subreddit. One such post showcased a loss of over $131,000 over a one-week period. The post’s author jokingly asked:

Individual investors are hardly ever the winners in a short squeeze scenario. While WallStreetBets tried to flip this trend, they were far from successful. The only winners were those with significant insight into the market’s behavior and ironically, large hedge funds.

One firm, for instance, made off with $700 million, after GameStop rose from their acquisition price of $10 to $500. Other hedge funds reportedly opened new short positions, as the stock plummeted from its recent all-time high.

Short squeezes are rare; impossible in the crypto market

It is important to note, however, that the GameStop situation was extremely unique. In a note addressed to its clients, investment bank Goldman Sachs termed the event’s long-term effects “inconsequential.” Analysts added that short interest levels have only exceeded a company’s float 15 times over the past ten years.

Indeed, the last high profile short squeeze took place all the way back in 2008 with Volkswagen. Over the course of two days, shares of the automobile manufacturer catapulted from €210 to around €1,000.

This four-fold increase was reportedly caused by an attempted hostile takeover by Porsche. The company’s then-CEO was later charged with market manipulation for partaking in the short squeeze.

It didn’t take long for some of the mania from WallStreetBets to also spill over into cryptocurrency. Investors that never held digital assets were led into believing that digital currencies could see similar success stories. In reality, however, these were nothing more than thinly-veiled pump and dump events.

A subreddit dedicated to discussing cryptocurrency moonshot investments, r/SatoshiStreetBets, saw its user base explode overnight in January. Instead of focusing on heavily shorted stocks, the community shifted its attention to small market cap currencies such as dogecoin (DOGE) and cardano (ADA). As a result, some assets saw massive fluctuations in their prices over a single 24-hour period.

Unlike regulated assets, cryptocurrencies do not have the regulatory oversight of agencies such as the Securities and Exchange Commission (SEC). Market manipulation in traditional finance is a serious allegation, but does not hold in the context of digital currencies.

By early February, word began spreading that Ripple’s XRP token had been heavily shorted and could be squeezed like GameStop.

A thread on r/SatoshiStreetBets advocating users put thousands of dollars into XRP and dogecoin garnered nearly 3,000 upvotes. Meanwhile, a post cautioning investors against buying into the hype only gained around 191 votes.

Gene Simmons, member of the rock band KISS, also claimed to have purchased XRP as of Feb. 1, 2021.

As a result of this speculative activity, XRP nearly trebled in price — reaching a peak of $0.75 on Feb. 1, 2021. Almost immediately thereafter though, a barrage of sell orders sent the price hurtling downwards to $0.35.

Bewildered traders on Reddit gathered to discuss what had just taken place. While a few believed that the XRP’s price drop was temporary, most realized that they had fallen victim to manipulation.

Shortly after the pump and dump event, one user on r/XRP said:

“Now, I along with hundreds of thousands of others are stuck with the burden of watching the price go lower than when they bought in.”

The XRP pump and dump was later found to be orchestrated by two Telegram groups. These communities attracted at least 300,000 followers and instructed traders to “buy and hold XRP” on Feb. 1, 2021, at 8:30 a.m. EST.

In other words, inexperienced investors had been swindled by a handful of individuals that were simply out to make a quick buck.

Other small crypto projects have also faced similar problems with pump and dump schemes ruining their reputation. This activity has been rampant for several years, but reached its peak during the ICO boom of 2017.

Trolls and joke posts: light-hearted humor or signs of immaturity?

If you believe misinformation and dangerous advice is limited to social media platforms, think again.

On Feb. 8, 2021, Tesla disclosed that it had invested over $1.5 billion in bitcoin (BTC) over the past month or so. This announcement marked the beginning of a rally for the cryptocurrency market sending BTC’s valuation up at least 22%. By the next day, bitcoin had reached a new all-time high price of $48,000.

Before long, someone discovered a post from Jan. 2, 2021, that claimed Tesla was silently buying bitcoin. The user responsible for the post, named TSLAinsider, said that the electric car company had bought at least 24,701 BTC over the past 72 hours. They continued:

“I have no idea what will happen once this reaches the newspapers but I think the price will explode even more.”

Mainstream media outlets picked up the story immediately, celebrating the early information leak as an overlooked opportunity for traders. The only problem — all of this information was completely made up.

In a later email discussion with the New York Post, the alleged tipster acknowledged that the post was a joke. They said:

“I had this afflatus that Elon is going to buy bitcoin, so I created this troll post. And now all the newspapers around the globe are writing about it, its kinda funny and scary to be honest.”

While TSLAinsider’s statement did turn out to be partially accurate, it was completely by chance. Luckily, the individual did not take advantage of their newfound fame to mislead the world on Tesla’s future bitcoin positions.

With how much impact a single news article or public statement can have on prices, traders need to tread carefully. Misinformation is one of the biggest barriers to widespread institutional adoption of cryptocurrency. After all, any firm that is investing heavily in an asset would like the industry to be transparent.

What the future holds for crypto

Bitcoin has come a long way, even in the few short years since 2017. At the time, the SEC said the market was still too small and immature to warrant the approval of ETFs. Today, however, hedge funds are pouring billions of dollars into digital assets, bucking the SEC’s stance.

If memes and troll posts continue to threaten the stability of the markets though, it’s likely that the cryptocurrency community will have a real problem on its hands.