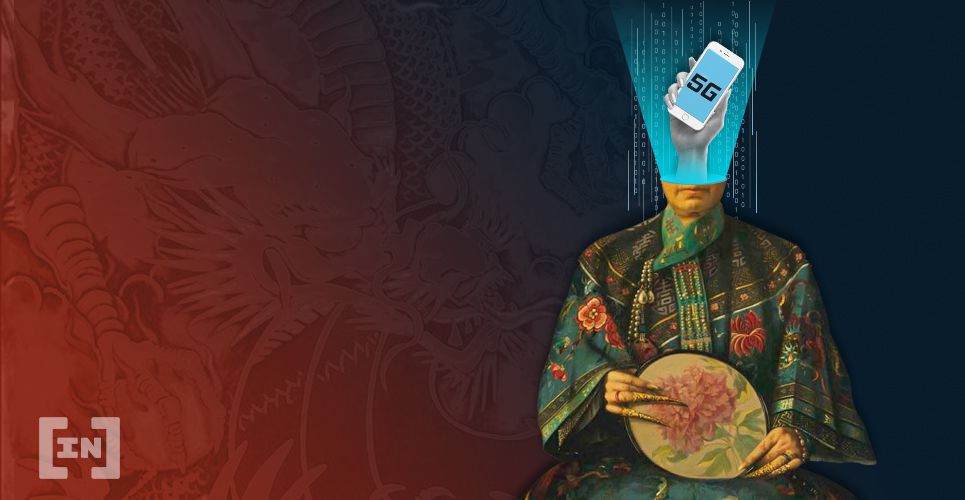 Data infiltration is underway in every aspect of our lives — a trend that will only accelerate as 5G devices and networks become ubiquitous and more of our world becomes digitally connected.

But you already knew that. Whether you are going for a walk, listening to music, or even just watching TV, virtually every activity creates a digital trace. Data has gone from scarce to a superabundant resource. If we are living in the fourth industrial revolution, data is the fuel powering the upheaval.

Centuries ago, the resource in question, and taken for granted, was land. Landed gentry, for which land ownership was part of their noble privileges, created an inequitable system where only a lucky few had access to real tangible wealth.

They had a sense of security that positions of strength were absolute. For the most part, the merchant class was grateful to benefit from farming, reaping the rewards from the utility of the land.

The “big bang” of data generation

Today, those profiting greatly from the value of the resource we have for too long taken for granted, data, are modern-day landed gentry — the technology giants. These giants — Alphabet (Google’s parent company), Amazon, Apple, Facebook, and Microsoft— look unstoppable.

In 2020, four out of five of the tech giants have grown to trillion-dollar market capitalizations. Combined, these tech giants accounted for almost $900 billion in revenue in 2019, larger than the GDP of four of the G20 nations.

Their earnings would make Big Tech the #18 largest country by GDP, ahead of Saudi Arabia and just behind the Netherlands. These giants have earned these billions by capitalizing on their platforms, growing user databases, and benefiting from network effects.

Current estimates indicate that by 2025, 75% of the world’s population will interact with data every day. This “big bang” of data generation indicates that those billions will only continue to increase.

We cannot deny the giants’ success has benefited consumers. Few cannot fathom a world without Netflix streaming, TikTok dances, or Amazon same-day delivery, not to mention a life before you could google every random thought or inquiry that popped into your mind.

The generation of true digital natives

Generations now have grown up as true digital natives: from earliest youth, they have been exposed to the internet, social networks, and mobile systems.

As the on- and offline worlds converge, consumers expect more than ever to consume products and services any time, any place, over whatever connection they have, and on any device. They want data in the moment, on the go, and personalized.

However, a seismic shift is occurring across the globe. Power has become entrenched among the same groups of people, the technological one per cent, for too long.

Horror stories of the past, depicting a future where corporations could invade the privacy of our own homes through our refrigerators and doorbells, are now a harsh reality of our present. Social media data has swayed elections. Trust in institutions is starting to break.

Looking again to past revolutions, the revolt of the merchant class and decline of the landed gentry played a key role in transforming the basic social and political structure of England and Ireland.

A new approach to the digital world

In 2021, we have reached a tipping point, and societal attitudes to power and big tech companies are shifting. In the next phase of the information age, a new mindset is needed. No longer should consumers be grateful to create and interact with data — but demand the internet giants release their iron fist over data and give control to those who supply it.

In order for data to be truly owned, we require a new approach to the digital world. To create a new economy where any individual, company, institution, or government, can leverage the power of their data, we should rethink the very premise of what it means to attribute value to a file.

Imagine a society where citizens could profit from data as an asset class the same way corporations do today. You could pay your rent with a JPEG, buy groceries with a tokenized version of a song that you wrote, or buy concert tickets with a piece of digital art that you own.

Imagine trillions of connected, programmable files, with rights, intelligence, and privacy assigned at the file level.

For data to be the transformative catalyst, enabling society to move forward without costing us our privacy, we need to bring the balance back to existing power structures.

By coupling the utility of data with the value of data, users can gain true control over their digital footprint. Control and utility must be distributed.

The 2020s will be the era of the consumer revolution in developing democratic digital systems. It is time to open your mind and prepare for the possibilities.

Roelou is the Chief Executive Officer and co-founder at Zenotta. Switzerland-based Roelou is a cloud and data storage technology pioneer. Instrumental in developing data offerings used by millions of customers globally, he leveraged global alliances and partnerships such as PwC since 1998. In 2012, Roelou took an interest in blockchain technologies with a particular focus on how data-handling, storage and -value could be enhanced. He was the driving force behind a number of international blockchain and crypto projects, which culminated in the birth of the Zenotta Digital System.