By Martin Young
16 June 2020, 06:55 GMT+0000
Updated by Kyle Baird
16 June 2020, 06:55 GMT+0000
In Brief
Decentralized finance markets have largely weathered the economic storm this year and continue to mature despite the crypto market remaining relatively flat. This new financial landscape could have a much greater impact on Ethereum than the ICO boom.
Ethereum provides the foundation for DeFi since it is currently the global standard for smart contracts upon which collateralized crypto borrowing and lending protocols operate. It stands to reason then that growth in this ecosystem will be very bullish for Ethereum as it positions itself at the heart of an entire financial landscape.

The total value locked (TVL) in the DeFi markets is just shy of a billion dollars according to Defi Pulse. Since the pandemic induced market crash in mid-March that caused TVL to drop to $550 million, DeFi has made a 77% recovery to current levels. TVL (USD) is calculated by taking the total balance of ether and ERC-20 tokens held by DeFi smart contracts and multiplying them by their current price in USD. In just 18 months, DeFi has grown by almost 300% in terms of dollars locked up as crypto collateral. Naturally, this figure will change with the ebb and flow of cryptocurrency prices, but it has outpaced the growth of the total crypto market capitalization which has only managed 110% over the same period. In terms of Ethereum, which is the backbone of this new financial ecosystem, there is currently 2.5 million ETH locked up which represents 2.25% of the entire supply. Maker is the dominant force in DeFi with almost half of the entire market share and almost 2 million ETH locked up. Other popular platforms include Synthetix, Compound, which is currently distributing its own tokens, and Aave. New platforms are emerging on the scene almost weekly. DeFi reached a few important milestones in May. The number of new DeFi assets topped 1,000 for the first month, while its user base has hit an all-time high of nearly 200,000. CEO and Founder of the Zerion DeFi project, Evgeny Yurtaev [@evgeth_], posted a chart showing that the growth in new DeFi assets per month appears to be exponential,

Growing supply of DeFi assets can be explained by the Aggregation Theory by Ben Thompson. Similar to what Internet did to content, DeFi is doing to finance. DeFi is the new FinTech.

As a testament to this rapid growth, he added that in less than a year we have decentralized and trustless spot trading, money markets, margin trading, ETFs, options, and futures. Another chart from Dune Analytics depicted the growth in the DeFi user base has almost doubled since the beginning of the year and is almost at 200,000.

Partner at venture capital firm Placeholder, Chris Burniske [@cburniske], commented that DeFi will have a much bigger impact on Ethereum than ICOs did during 2017 and 2018:

Initial Coin Offerings provided a way for crypto projects to raise funds in Ethereum through token sales. The bubble, though relatively small compared to traditional investments, drove the price of Ethereum sky high, topping $1,400 in January 2018. Unfortunately, there was very little in the way of ‘product’ from most of the tokens on offer. Additionally, there was also a great deal of ‘hype’ which explained the pump and dump scenario nearly every altcoin suffered within that six month period of Q4 2017 to Q1 2018. By mid-2018 failing crypto projects started to offload their Ethereum war chests which resulted in a price collapse of 94% that year. 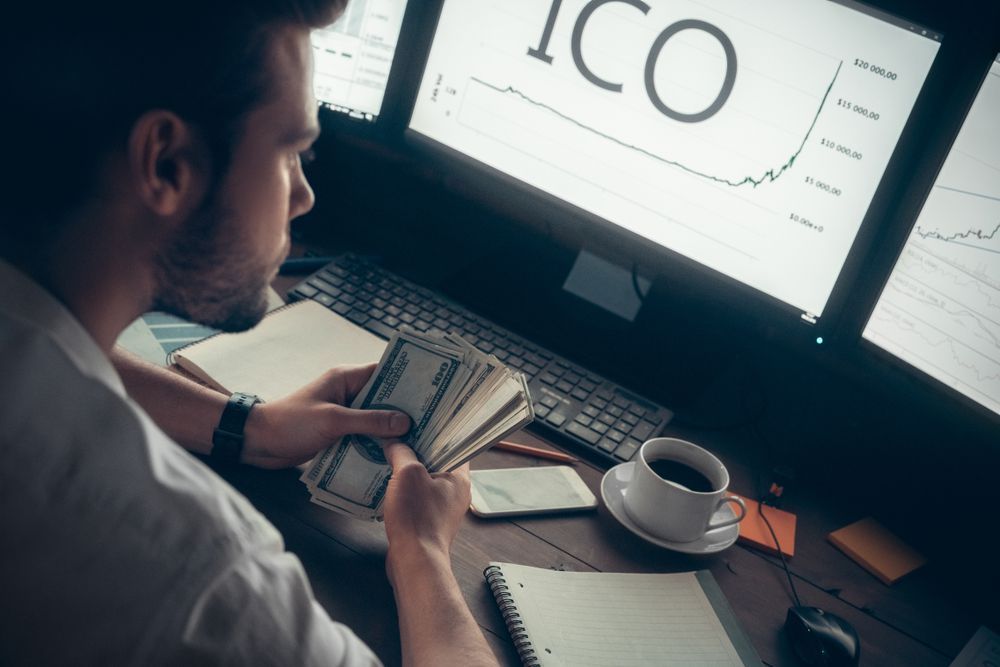 Fast forward to 2020, and on-chain activity is much higher, especially for Ethereum. However, prices have yet to even attempt a recovery. DeFi, meanwhile, has seen impressive growth naturally without any mania or buying frenzy seen in previous years. Trader and analyst ‘Cactus’ [@TheCryptoCactus] observed that this growth is set to continue and could well be greater than that of 2017.

Likely the combination of both ETH 2.0 and Defi’s continued growth will lead to a higher capital flow in a 3 month period over the next 2 years compared to 2017. The ‘ICO’ boom will be replaced with another onramp.

Burniske continued with his narrative adding that crypto is still off the radar compared to 2017-style interest, and that type of interest will likely return. Each cycle will harden previous narratives while ushering in new ones that drive further conversion of users, suppliers, developers, and investors.

Fellow DeFi expert, Ryan Sean Adams, made the comparison with the stock market in the latest edition of his Bankless newsletter. He stated that stock markets are pretending to be capital assets and have become savings accounts for the wealthy. Stocks are based on the actions of the Federal Reserve at the moment and its ongoing efforts to artificially inflate them by printing more money. Adams continued to add that DeFi was alive in 2017 but it was called ICOs back then, as mentioned above. DeFi has matured in several ways since those heady days of rampant speculation. DeFi is now a complete financial ecosystem rather than a speculator’s casino. It can perform several operations including paying, lending, borrowing, saving, trading, investing, earning, governing, hedging, and margin trading.

Economic bandwidth is scaling with over $7 billion in stablecoins, and half of the value in ERC-20 tokens built on Ethereum. Live exchanges are now capable of thousands of transactions per second as operations scale,

Stocks generate cash flows settled in the legal system but the cash flows of these DeFi assets settle on-chain. Now we’re pouring on the rocket fuel on DeFi assets by unlocking new growth and governance mechanisms.

He added that stocks are ‘drunk’ at the moment and the best capital assets of the 2020s won’t be sold on the Nasdaq, they’ll be sold on Uniswap. DeFi has certainly come a long way in the past couple of years and it is only just beginning. Previous central bank fashioned economic calamities should have been a lesson to all, yet they are happening again. The future of finance needs to be decentralized — and DeFi does that.