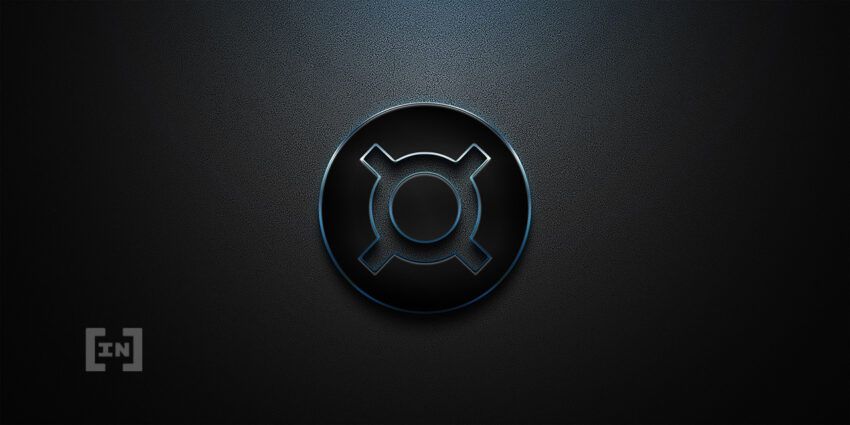 Frax Founder Sam Kazemian has revealed why public fears about stablecoins and the wider crypto market are overblown.

Speaking exclusively to Be[in]Crypto, Kazemian explained why the chances of a Terra-style implosion befalling another stablecoin such as Frax, USDC or DAI is next to impossible.

The stablecoin founder was also quick to acknowledge that in spite of this, the damage caused by Terra’s mismanagement and its monumental collapse may take some time to heal.

In a wide-ranging discussion we also asked for Kazemian’s opinion on upcoming legislation in the U.S. that would see the Commodity Futures Trading Commission (CFTC) wrestle regulatory control from the Securities and Exchange Commission (SEC), and found out how changes might impact stablecoin providers in the future.

Kazemian further revealed to us three components of the “DeFi trinity” and why every company in the space will converge upon one other as they race to catch them all.

To begin, we sought to gain Sam Kazemian’s perspective on the last few months which have been tough for so many. Celsius, Voyager and numerous other centralized finance (CeFi) projects have suspended withdrawals as crypto winter bites, stretching the meaning of words such as “temporary” and “pause” to near breaking point.

With many crypto companies and investors struggling, we invited Kazemian to look back at the first domino in the chain: Luna (UST) and Terra.

“I don’t think most people thought that something so big would collapse to zero,” Kazemian said. “There were definitely people that said it was unsustainable, and credit to them, but there were a lot of big bets like 3AC [Three Arrows Capital] on Luna. There was a very big surprise about how everything went to zero, that the ecosystem went ‘poof’ as if there was nothing there but hot air.”

Those big bets, including from 3AC, turned out to be bad ones. Today, Terra’s dollar-pegged stablecoin is next to worthless. The sheer depth of Terra’s calamity has led to wider misunderstandings about stablecoins, the market and the possibility of a recurrence.

UST had no assets outside ecosystem

“UST was a purely algorithmic stablecoin with no exogenous assets, other than the Bitcoin they were trying to buy the last few weeks, and it was too late,” he says. “It literally went to zero, and I think there is this psychology of people thinking ‘What happens if USDC or Frax or DAI breaks peg, what happens if something like UST happens’?”

According to Kazemian, USDC or Frax or DAI might break the peg, but the fact they hold exogenous assets makes a crash-to-zero Terra-level disaster “literally impossible.”

Even so, the fallout from Terra will remain with us for some time, “especially with all the defaults of CeFi lending stuff like Voyager and Celsius. You have to let those traumas heal. Let those bankruptcy processes go through and hopefully people get back their deposits. It’s a macro painful environment,” he acknowledges.

Kazemian believes in a very bright future for the market, and part of that will be down to clearer regulation and better oversight. The proposed Lummis-Gillibrand bill, should it pass, is one pathway towards a better framework for cryptocurrency in the U.S.

“I’m a pretty big supporter of the Lummis-Gillibrand legislation,” says Kazemian. “I think it’s very well done, and I think if it passes in something of its current form it’s a huge win for the U.S. stablecoin industry.”

Besides providing the guidance which would allow stablecoins to flourish in the U.S. market, Kazemian believes another benefit of the legislation will be to wrestle cryptocurrencies from the grip of the Securities and Exchange Commission (SEC) and hand more power to the Commodity Futures Trading Commission (CFTC).

“I think the main thing of concern is that there’s kind of a battle in the United States between the SEC and the CFTC. I think it would be great if the CFTC has more control over digital assets… I hope that something like the Lummis-Gillibrand bill, which gives a lot of power to the CFTC, prevails.”

As for Frax, would it comply with the legislation in its proposed form?

“Yes. I do think that Frax would comply,” Kazemian asserts. “It’s a very good bill.”

During our discussion we delved deeper into wider market forces in DeFi and learned why the industry is trending towards something that Kazemian refers to as the trinity.

“We have this view that, I think the entire DeFi ecosystem is trending towards this concept I call the trinity, which means that all of DeFi is basically a three-point system called something like ‘lending, liquidity and stablecoins.’”

In Kazemian’s opinion, “the entire stack in all the different products you see in DeFi, they’re just different flavors of AMMs [automated market makers] or liquidity, lending and leverage like Compound and Aave and these other lending products, and stablecoins like Frax and DAI.”

Over time DeFi projects will close the gaps in their offerings and “everything will trend in this direction,” seeking to capture the entire DeFi stack of lending, liquidity and stablecoins.

Curve and Aave to launch their own stablecoins

As Kazemian points out, this paradigm is already emerging before our very eyes. Aave CEO Stani Kulechov proposed the launch of a dollar-pegged stablecoin (GHO) in July and community governance already responded positively to the plan.

Curve founder Michael Egorov has also confirmed that the AMM will soon launch a stablecoin of their own. Frax is another DeFi player swiftly moving in on its own trinity.

“We’re actually building Fraxswap which is our AMM in the protocol, and then Fraxlend which is our lending and leverage system within the Frax economy.”

Frax launched Fraxswap around two months ago, and the AMM has already gained significant traction with nine-figure liquidity. BeInCrypto understands that the launch of Fraxlend is imminent and as Kazemian says that “will complete our trinity vision.”