A new article from China’s Central Party School affirms the nation’s commitment to blockchain technology and stresses its need for governance.

Therefore, we should take notice when the school mentions blockchain technology since it is clearly an indication that it is being taken seriously. That is exactly what took place recently.

A new article published by the Central Party School stresses the importance of the country adopting blockchain technology. Titled “Government Governance Practices of Blockchain Technology,” it argues that applying the technology for everyday governance will benefit the nation.

The article was recently tweeted by Alice Crypto (@AliceolaCrypto).

#China An article from Central Party School has been public. This article, “Government Governance Practice of Blockchain Technology”, discusses the benefits of adapting #blockchain tech in governance, but also mentions "to establish a sense of sovereign blockchain" pic.twitter.com/QFJFhA6eqg

In particular, the piece argues that it is important for China to establish its own “sovereign blockchain” that is free from foreign interference.

You may recall that China made headlines last October when President Xi said the country must lead the world in blockchain development. Since then, the country has been aggressively pursuing this policy despite developments stalling due to the ongoing coronavirus

The majority of cryptocurrency assets, along with the entire global financial sector have taken a sizeable hit in the last... More crisis. The country has taken blockchain technology so seriously that calling it a ‘scam’ is now effectively banned. 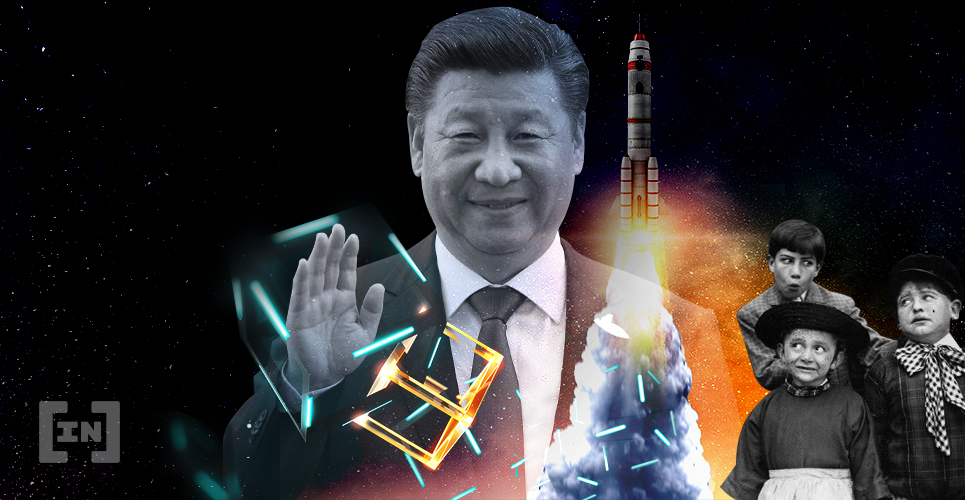 The party line on blockchain technology in China has been ‘blockchain, not cryptocurrency.’ As BeInCrypto has reported, Chinese state TV has affirmed this stance repeatedly. Although the Chinese government remains relatively hostile to cryptocurrencies, Bitcoin

BUY NOW is still trading over-the-counter in the country—sometimes even at a premium.

Now that blockchain is being affirmed at the highest level of the Community Party of China’s school system, it is safe to say it will likely remain a national priority.