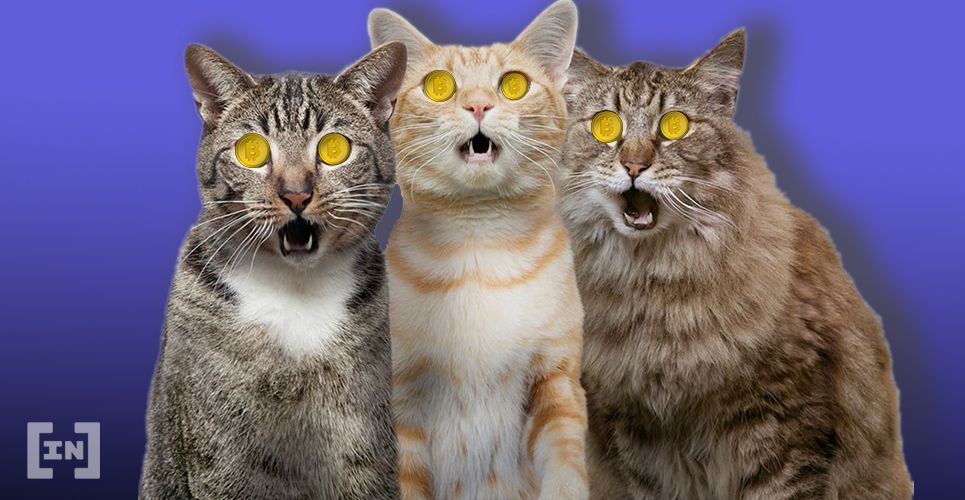 The continued outflow of Bitcoin (BTC) from both BitMEX and Bitfinex has seen their holdings decline by a total of about 200,000 BTC since mid-March.

While the Bitcoin balance on some major crypto exchanges is falling, platforms appear to be stockpiling Tether (USDT). This increased appetite for USDT comes amid a massive influx of new ‘coin’ minting by the stablecoin issuer.

Tweeting on Tuesday, Bitcoin investor and Casa co-founder Jameson Lopp highlighted the declining Bitcoin balance of both BitMEX and Bitfinex. According to data from Coin Metrics’ State of the Network, both exchanges have seen significant BTC outflows over the past two months. 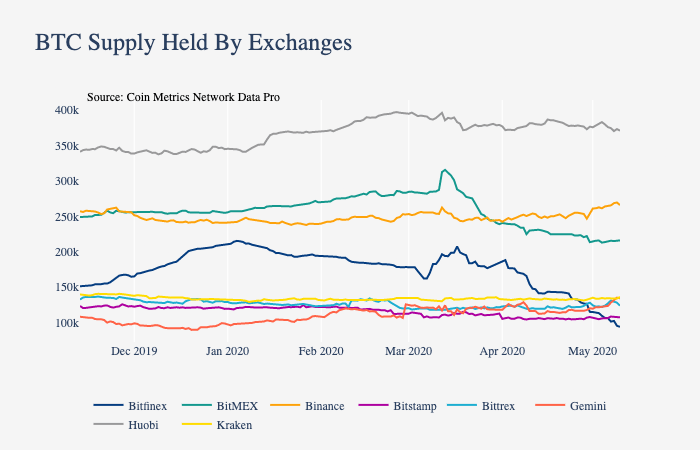 Both BitMEX and Bitfinex have seen their Bitcoin holdings drop by about 100,000 BTC each since March 13, 2020. An excerpt from the report reads:

The significant reduction in BTC holdings follows a trend first observed by BeInCrypto back in early April. At the time, this outlet reported a 25% drop in the BTC held by BitMEX. Currently, the decline for BitMEX and Bitfinex stands at 32% and 52%, respectively.

The start of this trend of significant Bitcoin outflows from these exchanges appears connected to ‘Black Thursday’ — March 12, 2020 — when the BTC price flash crashed to $3,800. Amid the panic, a cascade of forced liquidations occurred across many crypto derivatives exchanges, with BitMEX traders recording the most losses. 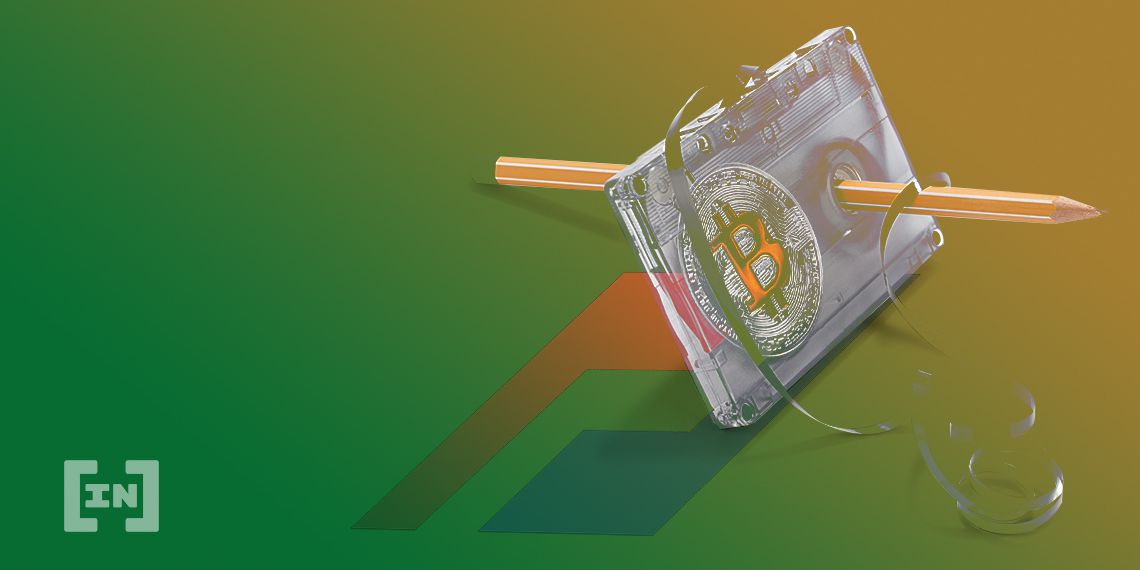 Thus, it is not inconceivable to imagine traders losing faith in BitMEX, an exchange with more than its fair share of controversies, especially around leverage size and massive forced liquidations. On the other hand, the BTC outflows could simply be due to these platforms reducing their exposure to BTC by trading Bitcoin for USDT.

Meanwhile, the situation is the reverse for the Tether balance held by exchanges. Data from crypto analytics provider Glassnode reveals that USDT balance on crypto exchanges continues to reach new all-time highs.

Crypto Exchanges Doubling Up on Tether

With the Tether Treasury issuing millions of USDT tokens over the last two months, crypto exchanges have upped their demand for the popular stablecoin. The increased minting of new USDT has seen Tether close the gap on XRP in the race to become the third-largest crypto by market capitalization. 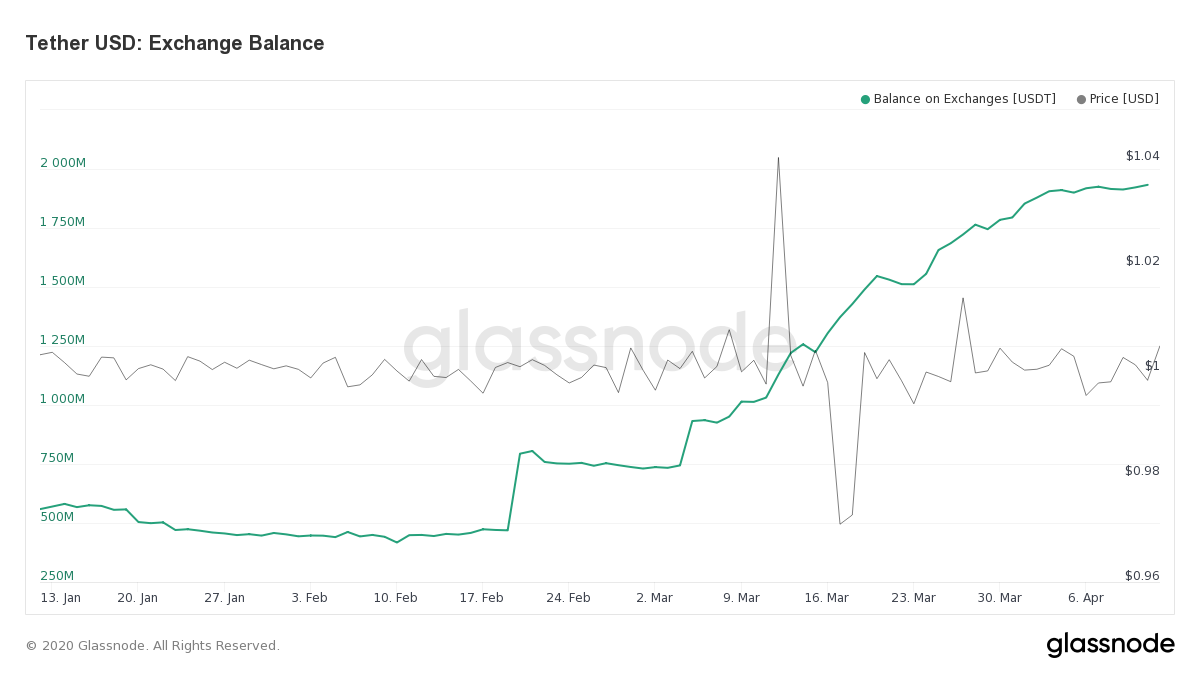 On Tuesday, Tether briefly overtook XRP to become the third-ranked cryptocurrency based on market cap. XRP quickly displaced USDT, but with less than a $200 million valuation between both tokens, a fresh Tether supply could push the stablecoin back into third.