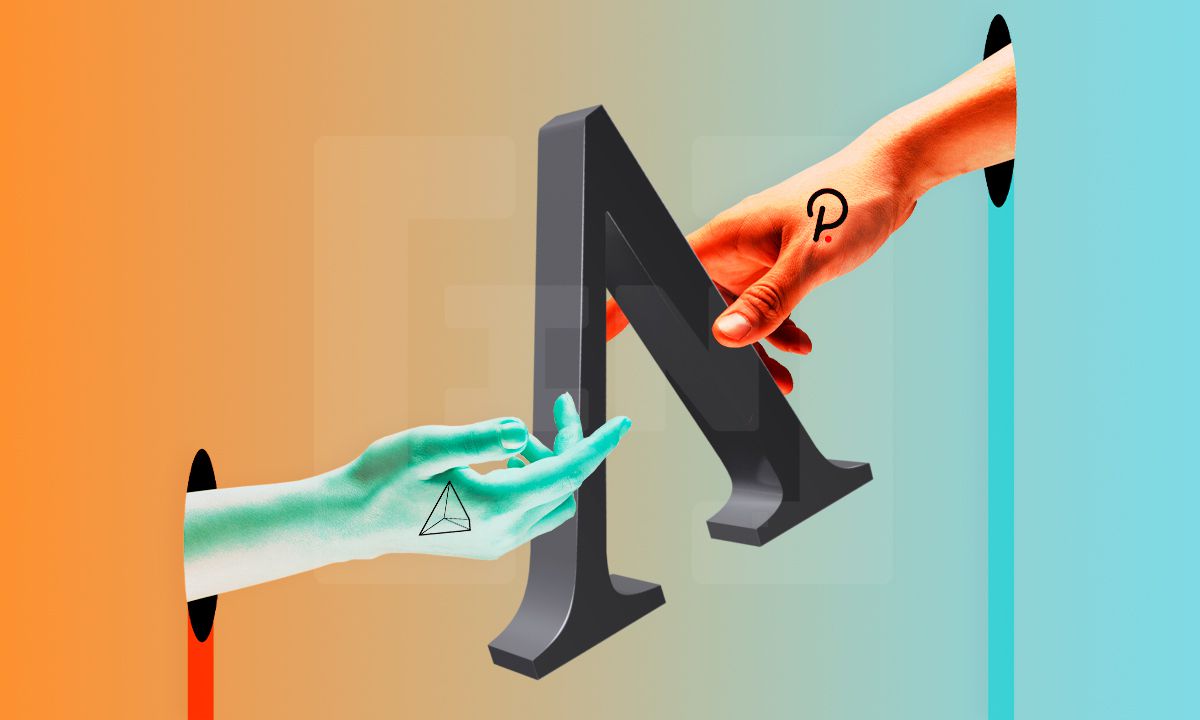 As decentralized finance moves across chains, the Ampleforth Foundation has announced that AMPL will expand beyond Ethereum with three new blockchain integrations; TRON, Polkadot, and NEAR.

Ampleforth has attempted to ‘reinvent money’ through its native token, AMPL, which has been designed to be used as DeFi collateral and as an alternative base-money for the crypto-economy. It has created a flexible currency that can accommodate both inflation and deflation.

AMPL is a digital currency that can be used to denominate stable contracts due to its elastic supply policy. Unlike Tether, DAI, USDC, and other stablecoins, it does not rely on centralized collateral.

Recognizing that not all of DeFi takes place on Ethereum now (though the majority of it still does), Ampleforth has moved toward its original goal of a multichain protocol;

Ampleforth Onboards TRON, Polkadot, and NEAR

TRON founder Justin Sun stated that the TRON ecosystem is ‘obsessed’ with cutting-edge DeFi assets and capabilities, and excited about the integration with Ampleforth, adding;

“We expect deep liquidity pools to form early on in order to support widespread use for trading and collateral as soon as possible.”

TRON has yet to feature much in this year’s DeFi boom with Ethereum remaining at its roots. Decentralized application usage has increased for the network but it remains a rather bizarre ecosystem in terms of DeFi.

Polkadot is another so-called ‘Ethereum killer’ that has yet to live up to its reputation. Yes, it has a much faster throughput, but very few appear to be actually using it. Jack Platts, the co-founder of Hypersphere Ventures, a Polkadot-focused venture firm, was optimistic about the new partnership;

“Ampleforth becoming the first chain-independent pure money is the type of big thinking and daring experimentation we look for in projects.”

NEAR, on the other hand, is a relatively unknown open-source decentralized application development platform with a focus on DeFi and cross-chain compatibility. Its role in the partnership will be in dApp development and building scalable solutions for the sector.

Ampleforth’s native AMPL token trading slightly down on the day at $1.64, but over the past week, it has performed solidly with a 20% increase in price.

AMPL prices hit their peak in mid-July when they topped $3.80. Since then markets have contracted by around 60% to current levels. However, just like many DeFi-related tokens, markets are in recovery at the moment.

TRX prices have remained mostly flat on the day, trading for $0.031 while DOT has fallen slightly to $5.41.

Cardano (ADA) Adds Glow to its List of Development Languages

How Long Does It Take to Mine One Bitcoin in 2021?

What are Crypto Wallets? Everything You Need to Know