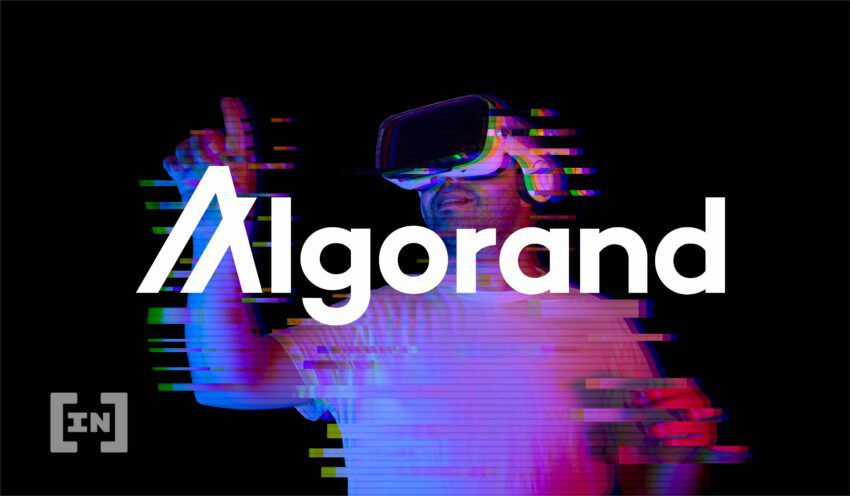 While the current market downturn stopped some in their tracks, industry veterans plan for the future. Be[In]Crypto spoke to Nir Hemo of Algorand about what makes up the future of Web3.

The crypto space is not exempt from the battering waves of industry trends; whether it be scooping up real estate in the metaverse or ape-themed NFTs. Shallow hype dies away, especially in a bear market, though certain industry excitement is backed by continuous innovation and engagement.

GameFi is an area of particular prominence in the emerging tech scene. It is now intertwined with major global industries including fashion and education. In short, GameFi is any crypto project which incorporates emerging financial technologies – specifically a gaming token– with online games.

Crypto gaming projects have their own ecosystem, often their own currencies, and allow users to interact with virtual worlds through digital asset ownership. Most of these games are play-to-earn. Therefore the more gamers engage with the technology, the greater opportunities for monetization. There are estimates that the GameFi industry currently has over 900,000 daily users.

Games are often the first touchpoint for many when it comes to interaction with blockchain and Web3 technologies. Therefore, the importance of GameFi and what can be achieved through GameFi is something industry insiders don’t overlook.

Be[In]Crypto spoke with Nir Hemo, Business Development Manager (Web3) for Algorand, during the BlockDown Festival in Croatia on the growth of GameFi in the Algorand ecosystem and how interoperability can create a more accessible Web3.

It’s a safe assumption that builders within the crypto space envision a future where it is no longer a niche. Rather industry insiders see the future of the decentralized space intertwined with development throughout most, if not all, global sectors.

More specifically, blockchain projects which have a vision of this future are already scooping up partnerships with major brands. Last year saw major blockchain partnerships with real-world use cases outside of finance alone. Some include the partnership between Ethereum Foundation and Reddit and the Cardano blockchain and the Ethiopian government.

As another example, Algorand, a sustainable pure proof-of-stake blockchain, recently acquired the former peer-to-peer music platform Napster. Moreover, Limewire recently announced its relaunch as an NFT marketplace on Algorand. Both developments come in Algorand’s support of music and Web3 innovation. Aside from music, the ecosystem was recently selected as FIFA’s official blockchain and has a robust outlook on GameFi.

Though, with many possibilities of engagement in a single ecosystem, the topic of interoperability becomes even more relevant.

Hemo believes that interoperability should be a key feature across the Web3 space, especially as it expands. “This interoperability spoken of everywhere in the blockchain industry should also be a part of the conversation with all industries utilizing blockchain,” he says.

In the conversation around interoperability, GameFi surfaces as yet another great avenue to introducing these ideas.

As previously mentioned, gaming is a primary way in which many first interact with blockchain technology and cryptocurrencies in general. As a use case in casual interoperability, gaming is golden, as Hemo highlights.

“In my perspective, and I primarily work in gaming, I believe we arrived at a situation where blockchain actually gives the game industry things which weren’t possible before.”

Aside from token monetization and earning from playing, “also now the player has the ability to be the owner of various in-game assets.”  Hemo brings up that, “another emerging GameFi aspect to look at is to be able to connect between games.”

For example, “a gamer paid for tokens in one game, could take them and move them to another. This is something, my opinion, that needs to be more available,” he encouraged.

Though interoperability within games in a single ecosystem is still a challenge within the budding GameFi industry. However, if developers find solutions, it benefits both users and developers.

For Algorand, troubleshooting this issue is key.

Though with more possibilities on the horizon in GameFi and other niches of the blockchain space this means a greater need for education – especially when it comes to future generations.

“I think the mass adoption will come [heavily] from gaming,” says Hemo. “Especially if we foster what I spoke of before: interoperability between games and in-game monetization via NFTs. Younger generations actually enjoy playing and contribute to industry growth every day.”