Peter Brandt, a popular financial analyst, suggests that the stock market is forming a rising wedge and could soon collapse.

As a result, he’s warmed up to the cryptocurrency space, too. Last month, he said Bitcoin

BUY NOW should be viewed as ‘insurance’ and not as a mere investment. Now, he has uncovered a grim warning for mainstream financial markets. 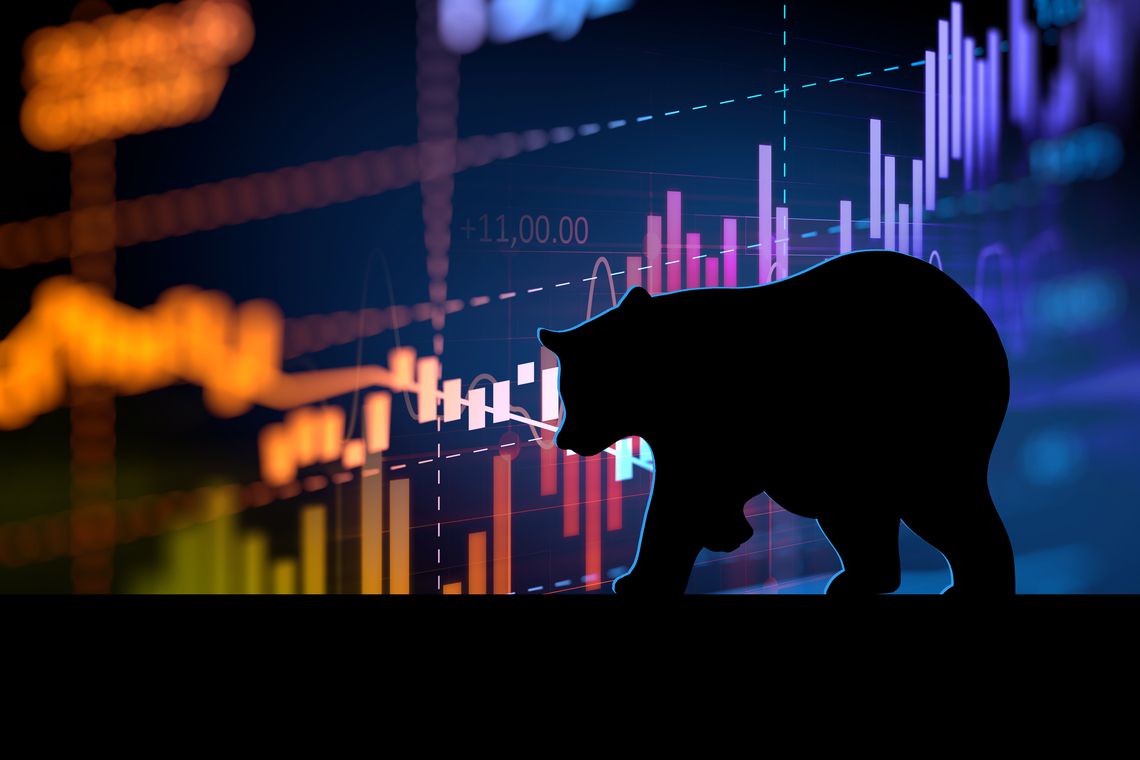 According to Brandt’s tweet, the Dow Jones is forming a rising wedge—and appears poised to begin its downward spiral in early May.

The rising wedge is similar to what the Dow Jones posted in 1929-30, Brandt illustrates with a chart. The situation today mirrors the market movements of 1929, in which case we might expect the markets to crash this summer. He compares the markets today and 1929 side-by-side in this recent tweet. 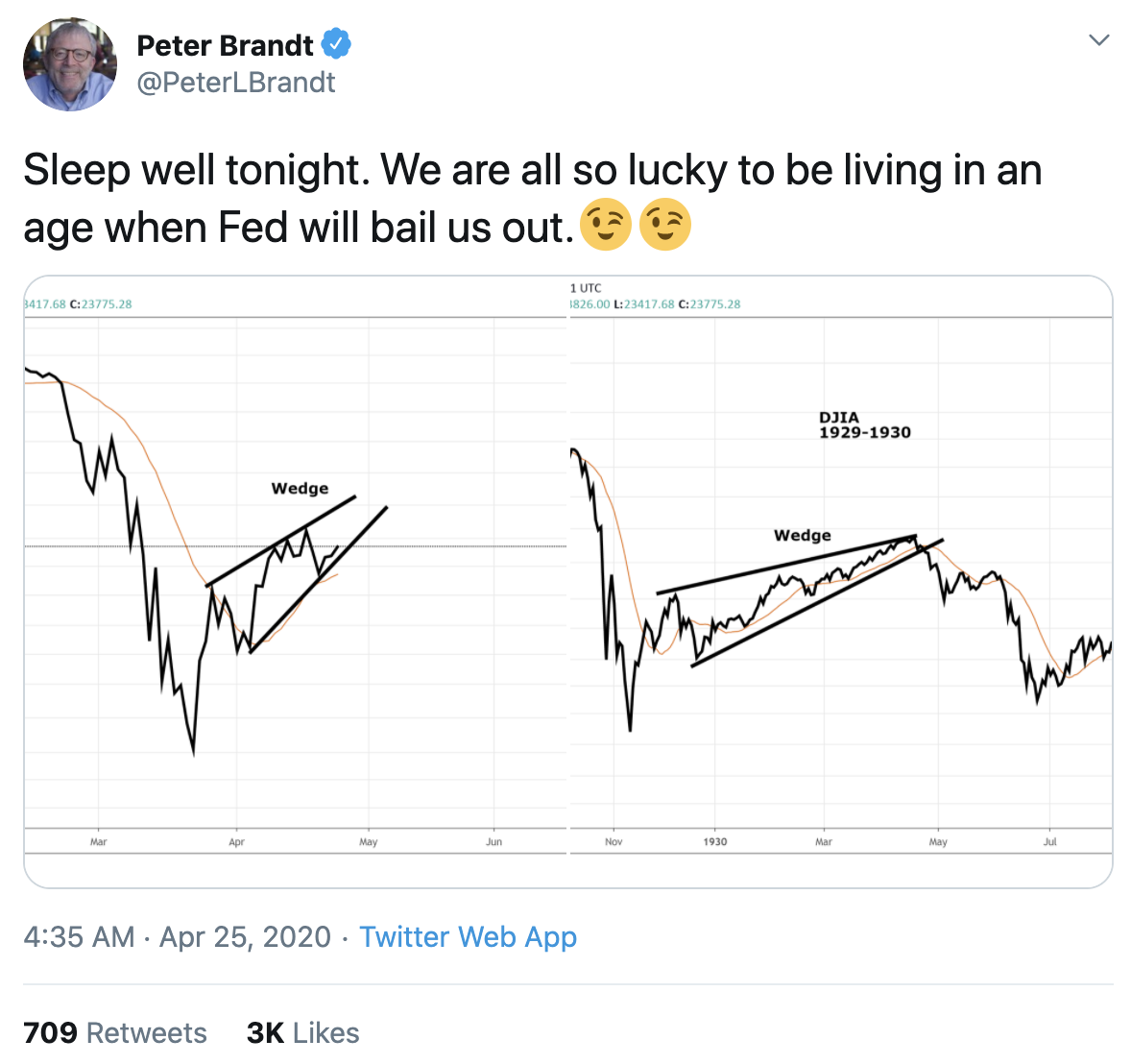 However, the situation all depends on the Fed propping up this market. As some commentators have noted, financial markets have become less representative of the real economy. Instead, they have become reflections of the Fed’s actions more than anything.

As some commentators have noticed, massive rebounds are common during a market collapse. In 1929, the Dow dropped some 50% and recovered 40%—only to drop by 85% in the next few years. A similar situation may play out today if Brandt is right.

Although the IMF is still hopeful for a v-shaped recovery, the macroeconomic situation on the ground looks far different.

Another 4.4 million Americans filed for unemployment this past week, bringing the total to 26 million laid-off in just five weeks. Financial markets did not respond to the news and instead continued to rally slightly.

Many commentators have now been warning that the ‘reopening’ of the economy could be a sell-the-news event. This is because individuals won’t revert back to their old consumption patterns even when the economy reopens. Profitability will continue to stagnate, and it’s unclear how long most businesses can weather the storm.

If Brandt is correct, then we are far from the worst of this ongoing economic crisis that has only begun to be felt across global supply chains. Financial markets will soon have to face this reality, as Brandt would probably agree with.

Is The S&P 500 Still Leading The Bitcoin Price?

Was Bitcoin’s Decline Caused By The Stock Market Dump?

Has Bitcoin Decoupled From The S&P 500?

Analyzing Bitcoin’s Correlation With the S&P 500