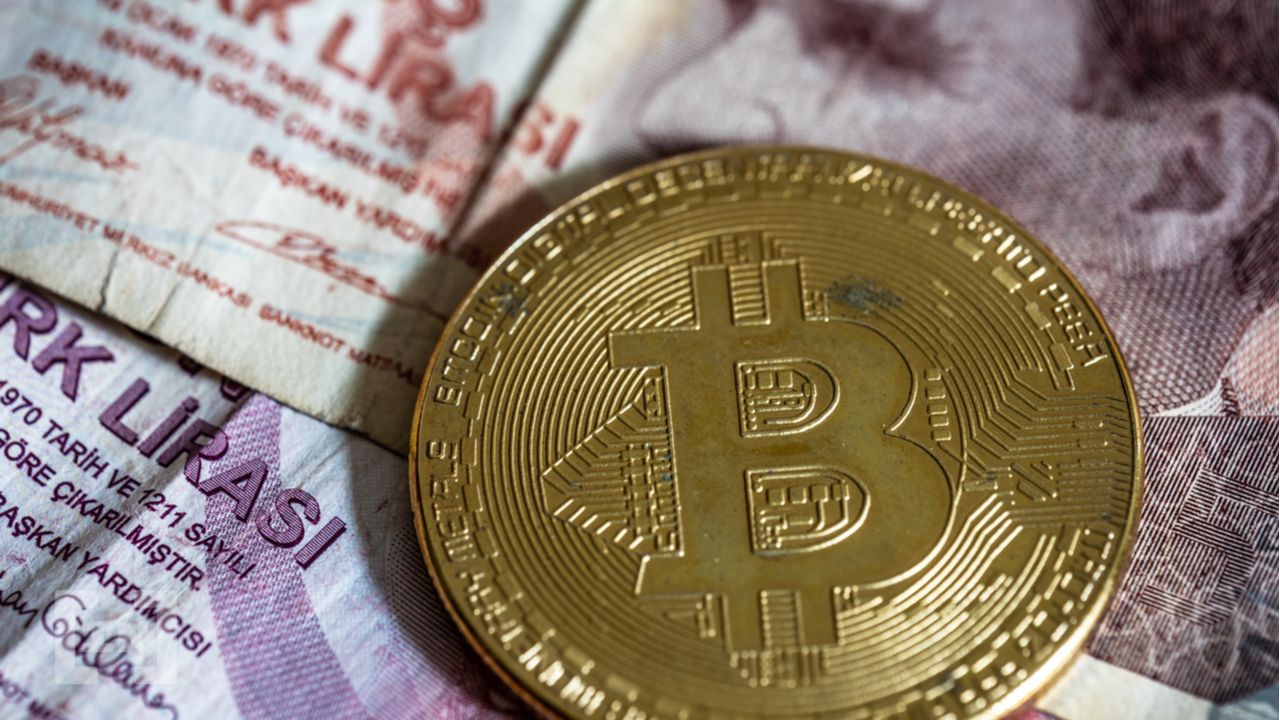 Inflation rates in Turkey rose to 36% in December 2021, resulting in many citizens taking to bitcoin and USDT. The country is experiencing economic difficulties, and like other nations with high inflation rates, citizens are moving to bitcoin to hedge against it.

Amid Turkey’s skyrocketing inflation rate, Turkish citizens are pouring their capital into bitcoin and tether to offset risks. Cryptocurrency trading volumes carried out using the Turkish lira reached an average of $1.8 billion in the last quarter of 2021, a sizable increase over previous quarters.

Turkey’s inflation rate rose 36% in December 2021, as the annual rate reached a 19-year-high. The price of everyday items like food and staples, as well as transport, have all been affected. Turkey has not raised interest rates, as many other countries have to beat inflation, but that has resulted in the Lira dropping by 44% in value in 2021, compared to the U.S. dollar.

Prime Minister Tayyip Erdoğan has called interest rates “the mother and father of all evil” and said that Turkey was undergoing an economic transformation. However, whatever actions have been taken so far have only battered household incomes.

As a result, Turks have moved onto bitcoin and the stablecoin USDT. The former especially has been touted as a hedge against inflation. It has been one of the key drivers behind adoption, and many other countries with high inflation rates have also seen citizens buy into the asset.

Turkey is not the only country experiencing tremendous inflation in recent times. The United States is also seeing inflation spiking, experiencing the fastest 12-month growth rate in a 40-year period, according to the country’s Labor Department.

Such developments are more or less forcing the hand of average citizens, who are all still suffering from the effects of the pandemic. In such an affecting period, bitcoin and other crypto assets come as a way out for many.

Fears of inflation have been a major talking point since governments began introducing measures to beat the economic effects of the COVID-19 pandemic. This was partly a reason why bitcoin prices spiked to $69,000 in November 2021. The rising inflation is expected to persist, and many experts have said that crypto offers a solution.

Among them is Peter Thiel, who said that cryptocurrency prices prove that inflation is something to worry about. Stifel’s chief economist Lindsay Piegz also said that the Federal Reserve has lost control of inflation in an interview with CNBC.

Now with the Omicron variant spreading quickly through the world, inflation fears have been stoked even further. With the year only having just begun, it remains to be seen what actions governments will take. At the same time, investors may take even more of a liking towards the digital gold that is bitcoin.