This Bitcoin Indicator Is Giving an ‘Ultimate Short Signal’

The difference between longs and shorts in Bitcoin

BUY NOW is almost at an all-time high. However, this signal has not always been reliable — giving different outcomes on several occasions.

After a mediocre start, interest in the Bakkt Bitcoin futures

Futures contracts are literally agreements to buy or sell an asset on a future date and for a fixed price.... More platform has started to pick up. Trade volume reached an all-time high on November 28, topping $42.5 million. This is a stark contrast to its September debut when the low levels of volume were a cause for disappointment for many observers.

The volume on exchanges has also been high, mostly tilting towards buying rather than selling orders. This can be further intensified if the current regulatory constraints in Germany that prohibit banks from offering services related to Bitcoin are lifted, as several reports have indicated, giving people and institutions easier access to trading cryptocurrencies.

Bitcoin trader and analyst @runtheirstops noted that the number of longs minus shorts is quickly approaching an all-time high, with high volume on the Bitfinex exchange. Additionally, he suggests that this same occurrence was the signal that indicated 2018 high. Will the same thing happen again? Let’s take a closer look.

Longs minus shorts quietly approaching a new ATH on Bitfinex. Back in 2018 this was the ultimate short signal according to CT. Interestingly enough Bitfinex OI is breaching 300 Mil USD, tho its supposed to be a dead exchange. 🤔 $BTC pic.twitter.com/msQ51RcpmI

The Bitcoin price was near $10,000 in April and a decrease followed afterward. On the other hand, it was below $4000 in January before beginning the current upward move.

The smallest number of longs was recorded in January 2018 and May 2019. January represented the all-time high price, while on May the price was in the midst of an upward move.

Therefore, just looking at the longs and the Bitcoin price does not reveal a relationship between the two. 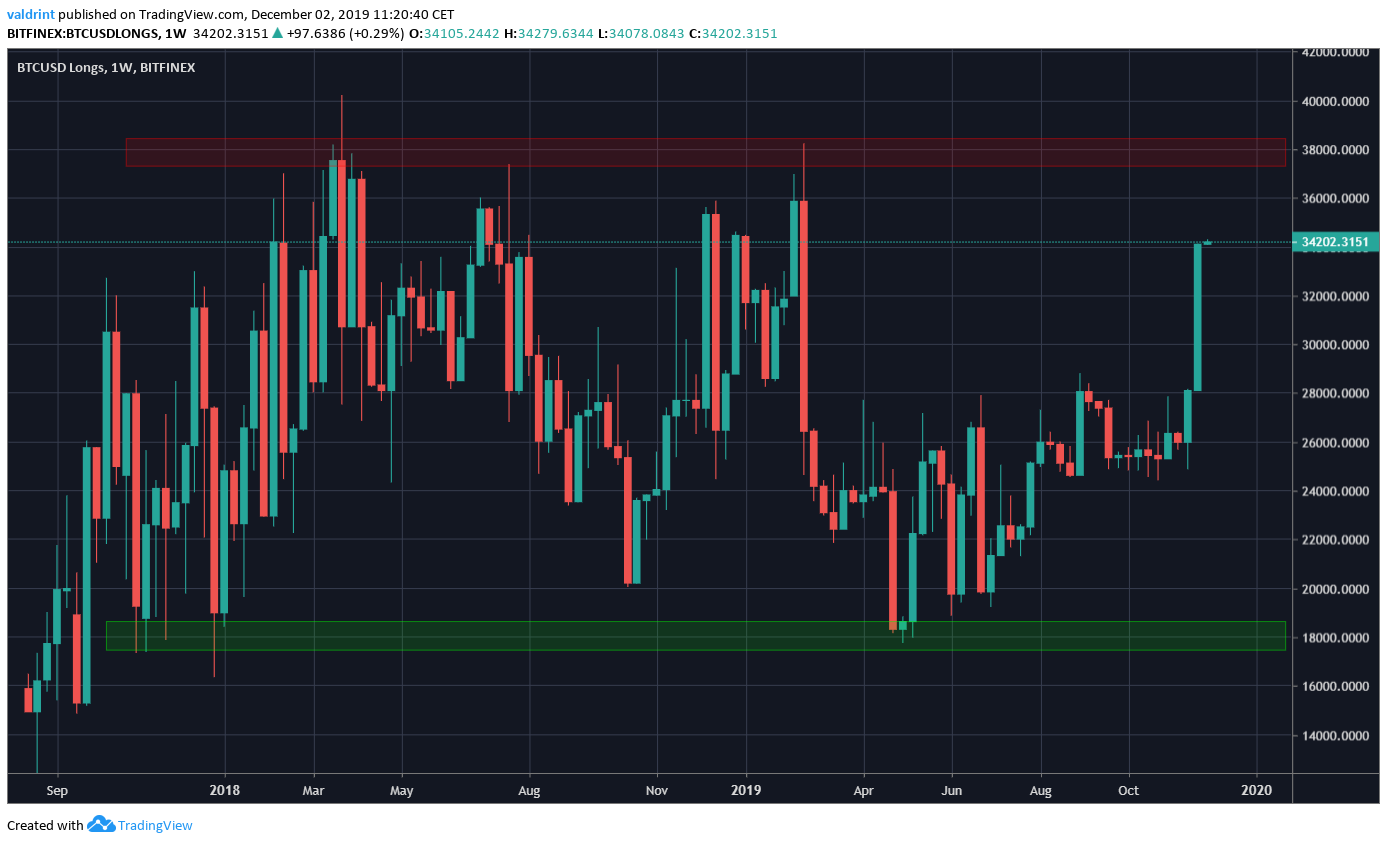 The highest amount of shorts was recorded in April 2018, slightly before an upward move to $10,000. 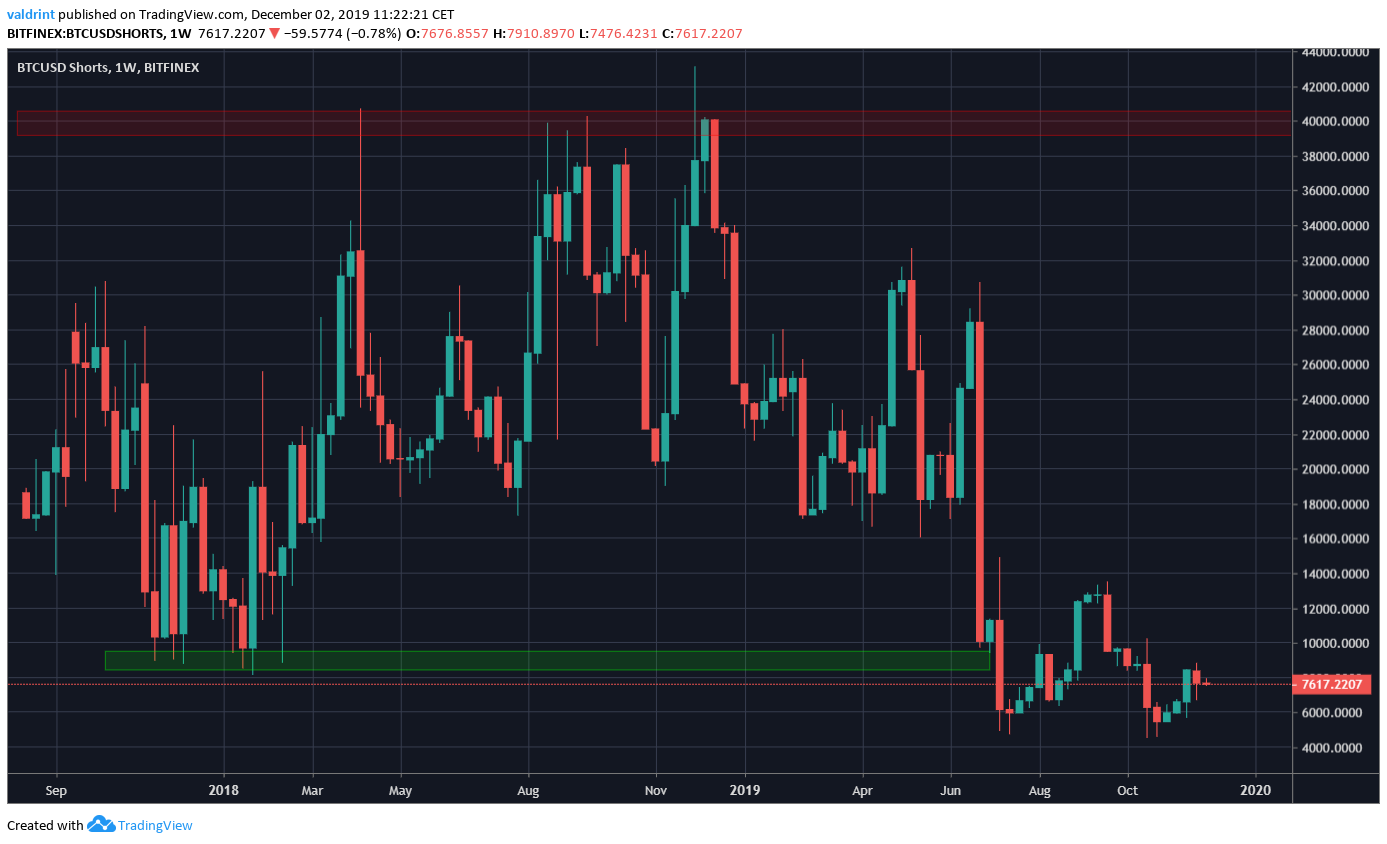 Relationship Between Longs and Shorts

Until now the difference between longs and shorts has been at its highest on four occasions.

All of them resulted in decreases, except for March 2019, after which the price began an upward move. The current difference is the highest it has ever been. 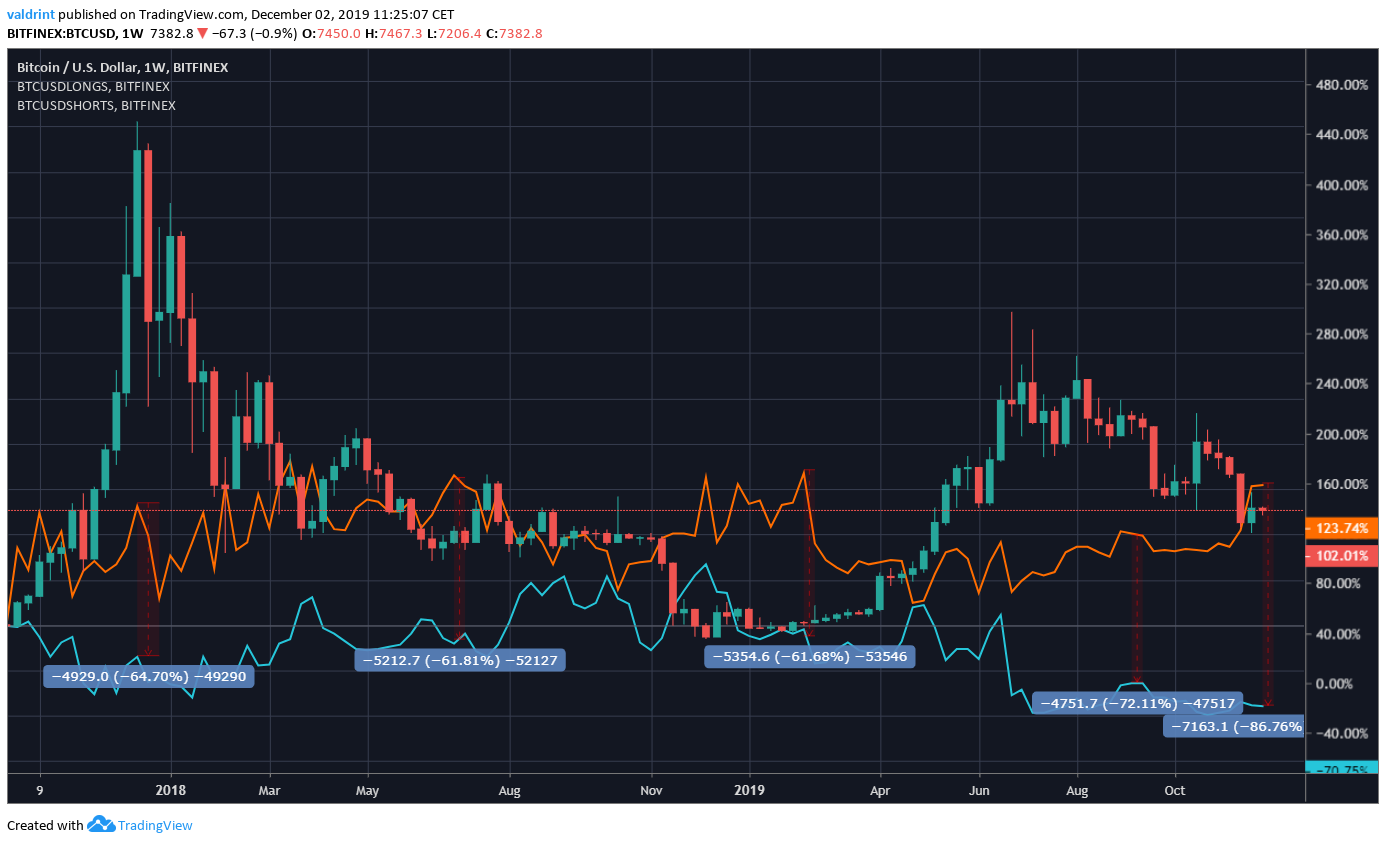 The very high number of longs allows for the possibility of a long squeeze in which a rapid price decrease causes them to be liquidated. However, the previous history shows that the signal cannot be irrefutably used to make a prediction.

Bitcoin Gets Rejected at Resistance, Signaling End of Retracement

Companies News 20 hours ago
No Result
View All Result