After a mediocre start, interest in the Bakkt Bitcoin futures platform is starting to look more respectable. Trade volume at the Intercontinental Exchange-owned venture yesterday topped $42.5 million — a new all-time high by a considerable margin.

Many were fast to write the Bakkt platform off as a failure when it debuted in September. Being the first fully-regulated, physically-settled Bitcoin futures exchange by a major financial-markets firm on the planet, there were huge expectations surrounding the launch. The weeks of meager trading volumes that followed were, therefore, disappointing for many observers.

However, interest has been picking up in recent weeks. Trade volume at Bakkt first broke $10 million on October 25. It then topped $15 million and $20 million on November 11 and November 22 respectively. Trade volume for the month of November has not fallen below $5 million.

Wednesday saw one of the most dramatic increases in volume in the platform’s short history. A total of 5,671 Bitcoin futures contracts traded. At the current Bitcoin price, this represents $42.52 million.

Bakkt volume seems to surge whenever the price of Bitcoin is at its most volatile. BeInCrypto has reported previously on growth in trading activity at the exchange as the Bitcoin price has experienced sudden drops or gains.

As highlighted in earlier reports, volume surged around October 24 and 25 — which coincided with major gains for Bitcoin investors. The leading digital asset increased in price by 42 percent. The sudden increase has been largely attributed to Chinese President Xi Jinping formally endorsing blockchain technology at the end of last month.

Earlier in November, new all-time highs in Bakkt trade volume accompanied sudden drops in the Bitcoin price, too. When Bitcoin first dropped below $9,000 in its most recent downtrend, Bakkt volume reached a then-new high of 1,756 Bitcoin, for example. 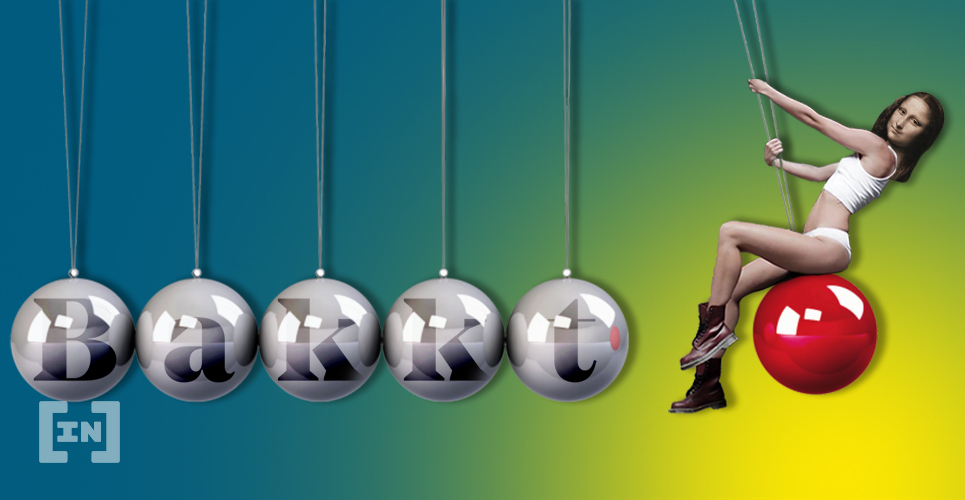 Coinciding with this most recent all-time high is another sudden price move, this time to the upside. From a local low of just above $6,600 days ago, Bitcoin price has experienced a series of abrupt upwards movements. The price at the time of writing, thanks to these recent gains, is above $7,500.