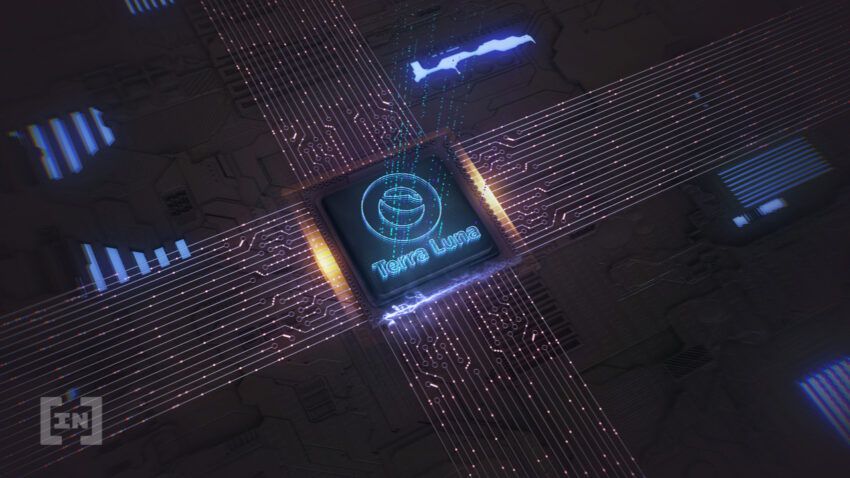 The hottest stablecoin ecosystem in the crypto industry has shown signs of floundering over the weekend as UST dropped its peg and LUNA prices plunged.

Weekend transaction data has revealed that Terraform Labs have been removing liquidity from the world’s third-largest stablecoin ecosystem.

The transactions revealed large amounts of UST being removed from the Curve Finance DeFi protocol. This caused the stablecoin to drop its peg slightly while arbitrageurs got in on the action.

Gupta did not accuse Terraform Labs of de-pegging the stablecoin but said that the timing is suspicious:

“Today’s events seem like a coordinated attack that could have been organized using insider information that got leaked.”

UST had fallen from its peg to a low of $0.990 on Sunday, while LUNA suffered much worse. The stablecoin was still trading marginally lower than a dollar at the time of writing when it was at $0.996 according to CoinGecko.

Terraform Labs CEO Do Kwon responded to the tweet confirming that they had removed 150 million UST from Curve in preparation to deploy to the DeFi protocol’s 4pool liquidity pool.  He added, “after the imbalances started to happen, we removed 100M UST to lessen the imbalance,” before stating obviously the company has no incentive to depeg the stablecoin.

On May 9, the Luna Foundation Guard announced that it was preparing a loan of $750 million worth of Bitcoin to over-the-counter (OTC) trading firms to help protect the UST peg.

Do Kwon confirmed the action as fears that the firm was selling its BTC stash started to emerge.

“Haven’t sold bitcoin yet – the txn just went out. It’s a loan to a market maker – if UST imbalance happens we will use BTC to rebalance, and if demand is surplus we will buy BTC,”

The whole episode has also raised the specter of centralization with many observing that the Terra ecosystem is not as decentralized as it claims to be.

The shenanigans have done nothing good for LUNA prices as the asset collateralizes the stablecoin. LUNA has lost 8.5% over the past 12 hours or so in a fall to $61.82 according to CoinGecko.