Stellar, IOTA, and XRP Are Leading The Altseason Charge

While Bitcoin has been consolidating for the past two months, several altcoins have begun to initiate their own market cycles, enjoying rapid price increases. While smaller altcoins have been the subject of massive increases percentage-wise, we want to focus on the top 20 coins ranked by market capitalization. 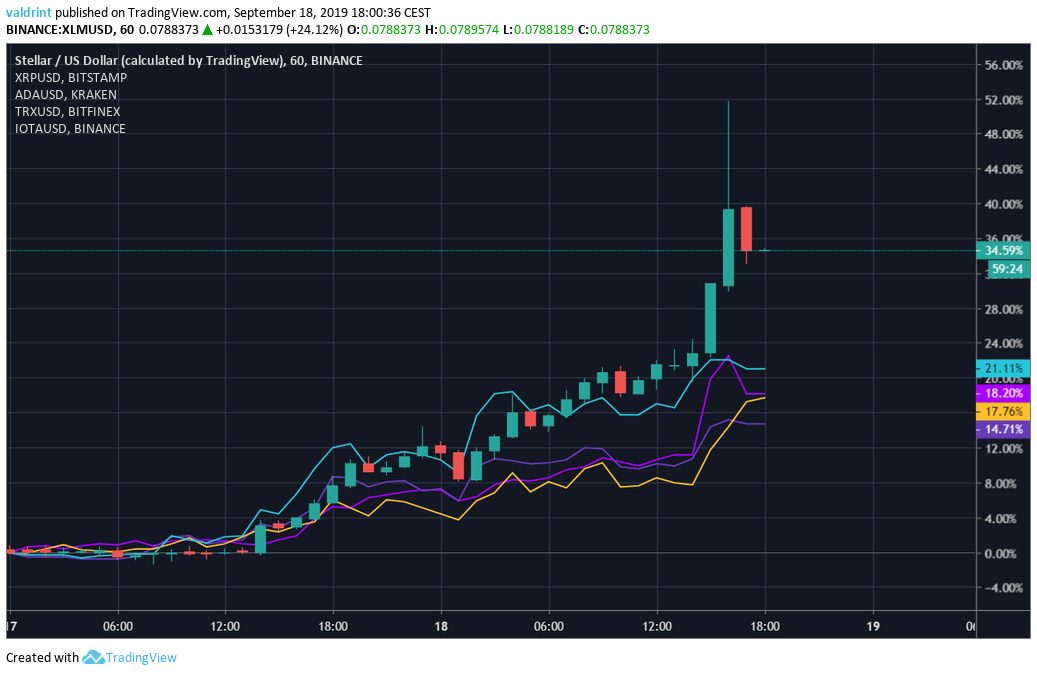 We measured the increase beginning from the opening prices of September 17 at 00:00.

Out of the top 20, the coins that have increased the most are:

Stellar is leading the way, at one point having increased by a massive 52%. XLM reached a high of $0.088 before decreasing to the current price of $0.078.

We suggested that this upward move might occur in Monday’s XLM analysis.

While it is hard to pinpoint one exact reason for this recent surge, it should be mentioned that all of these coins have been in the accumulation phase for an extended period of time.

Additionally, most of them have lost a considerable amount of their value since reaching highs around December 2017. 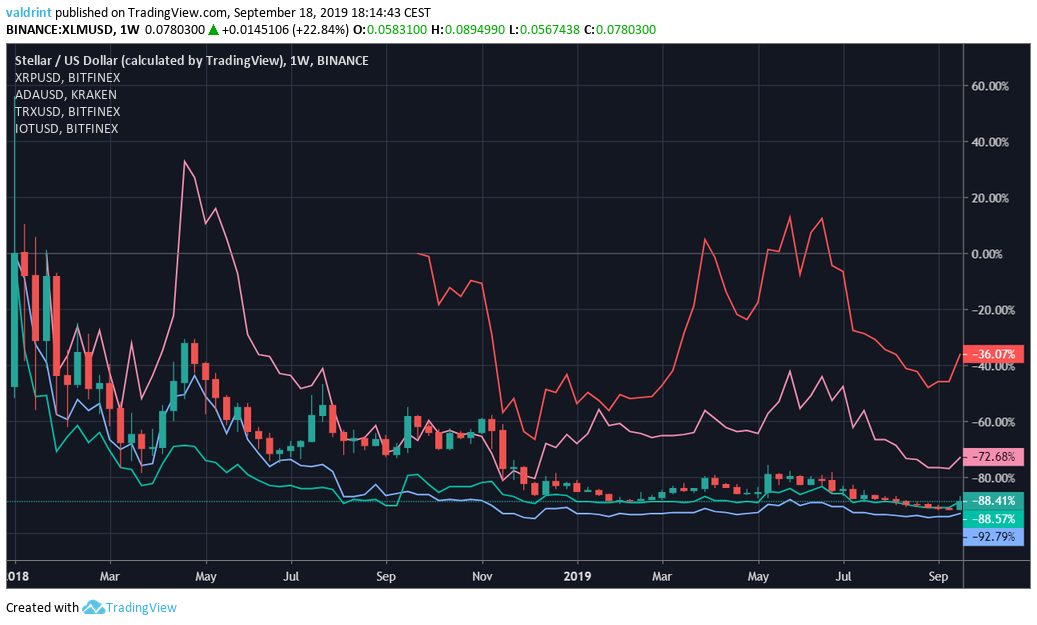 It could be telling that the three coins that were hit hardest by the downtrend are now the three highest risers.

While this is not a confirmation that “Altseason” is upon us, it is definitely a step in the right direction.

Furthermore, these coins, especially XLM, IOTA, and XRP are worth keeping an eye on. If this season is similar to that of 2017, they could be in store for massive price increases.

Do you think “Altseason” has begun? Let us know in the comments below.