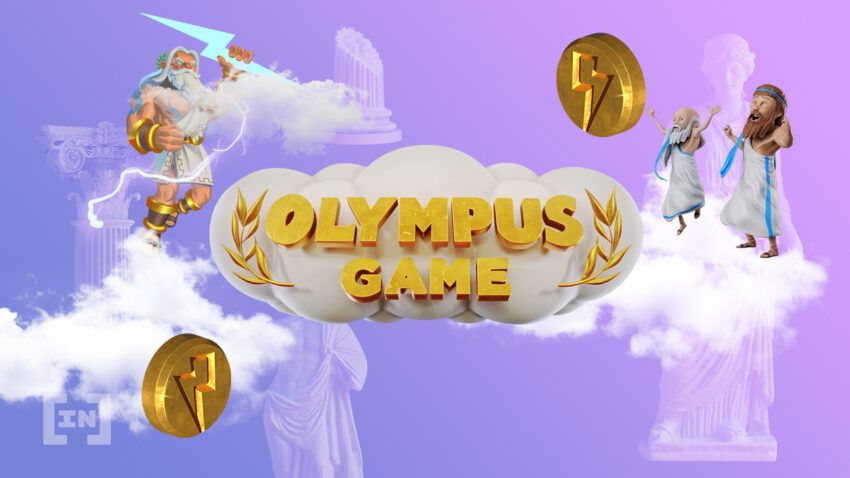 If you are a fan of PvP 3D tower rush games, the name Clash Royale probably already rings a bell. After all, it’s arguably the most popular tower rush game out there with over 500 million (and counting) lifetime downloads.

Now, think of Clash Royale’s free-to-play model and Greek mythology-based gameplay, then add a financially rewarding play-to-earn element to it, and voila! That’s Olympus Game for you!

With the kind of backing it has managed to secure from prominent investors, Olympus has already established itself as one of the most promising upcoming P2E NFT games in 2022. So expectedly, the ongoing ICO for the game’s native $OLYMP token has been creating a lot of buzz as well.

If you’re considering participating in the $OLYMP ICO or trying out the game firsthand, this early review will hopefully help you clear your doubts.

What is Olympus Game?

Olympus is a player-vs-player, 3D tower rush title based on Greek mythology. It promises to deliver a fast-paced and immersive online gameplay that requires real-time strategy making. It is built on the BNB Chain and will soon be available for both mobile and desktop users.

Each player composes their deck with eight cards and they can use these cards to destroy enemy temples. If you want to participate in the P2E part of the game, you first need to purchase the P2E starting booster using your $OLYMP stash. The eight cards in the first deck are identical for all players.

Each victory will earn you sizable rewards in the in-game $OLYMPG token. The number of $OLYMPG you are rewarded with depends on the level that you’re playing in (the higher the level, the higher will be your reward).

After every sixth victory, you win a chest. These chests may contain cards that can upgrade your existing characters or unlock new ones. With each upgrade of cards, you boost your characteristics. However, if you wish, you can also resell these cards by opting to stay at the same level that you were previously in.

If you don’t want to participate in the P2E part, you can still enjoy the game for free. You do not have to buy the P2E booster in that case. However, you will have to play in the free-to-play arena of the game against other players opting for the same category.

But wait, there’s more to it.

During the gameplay, if you so wish, you can also borrow cards or decks from Olympus Game’s native scholarship marketplace. By doing so, you will upgrade your status and be able to also play against P2E players.

You do not have to make huge investments to borrow cards from the Scholarship marketplace. However, you may have to share a part of your rewards in the $OLYMPG token with the lender after each victory.

Olympus charges a 10% fee on each $OLYMPG token you earn using a borrowed card.

Several avenues to boost your earning

The P2E aspect of the game is far from being unidimensional, which is to say that there are many additional avenues for you to earn other than just winning battles. For example, you could rent your cards to other players via the Scholarship marketplace. Alternatively, you could also upgrade your cards by consistently winning and then resell those cards.

Unlike most other projects in the blockchain/crypto space, the Olympus team has doxxed themselves to ensure the optimal level of transparency. And as you can see, the team appears to consist of quite a few experienced professionals with sizable experience in the gaming industry.

The team also claims to have joined forces with an “established game studio with more than 15 years in the business and 450+ completed projects.”

It is also worth noting here that the project has been backed by BD Multimedia, a France-based company that reportedly had the best-performing stock on the Paris stock market last year.

All things considered, Olympus does indeed check all the right boxes when it comes to the team and investors backing the project.

A game focused on eSport competitions

The Olympus team has an ambitious roadmap for fans who love participating in grand eSports competitions. In fact, the game aspires to be the first P2E title ever to offer huge eSport rewards.

Olympus claims to have already allocated 50 million $OLYMP tokens as rewards for eSports competitions. For perspective, taking the base price of the token at the end of the ICO, 50 million $OLYMP amounts to nearly $4 million.

And that’s just the base price. The team is confident that the amount will be a lot bigger considering that the $OLYMP price could significantly increase once the game launches and make inroads into major markets.

There are two tokens in Olympus Game – both on the BNB Chain:

The Olympus team seems to have put a well-calibrated vesting roadmap in place to ensure healthy and sustainable growth for the $OLYMP price in the long run.

The first phase of the three-phase $OLYMP ICO was launched on April 30, 2022. For the first 72 hours, it was only available to whitelisted users and after that, the investment window opened for everyone. KYC is mandatory for all investors. At $0.05 per token, the goal of the first phase is to secure $500,000.

The second phase will start on May 30 with the goal of securing $1 million at a price of $0.065 per token. KYC is mandatory in this phase too.

For both these rounds, you have to connect your wallet to the $OLYMP ICO page and provide your KYC data.

The third phase is the public round and you don’t have to undergo KYC to participate in it. The target in this round is to secure $1 million at $0.08 per token.

So as you can see, with a promising gameplay, ample earning opportunities for players, and seemingly healthy tokenomics, Olympus Games indeed appears to be a quality P2E NFT title in the making.

Of course, the game is still a work in progress and we will wait until the official launch to form a more educated opinion on its long-term potential. But as of now, the prospects seem promising.

If you’re interested in learning more about the project, the Olympus whitepaper is a good place to start. You can also join the Olympus community on Discord for news and regular updates.

NFT Renting — How do Lenders and Borrowers Benefit From IQ Protocol?