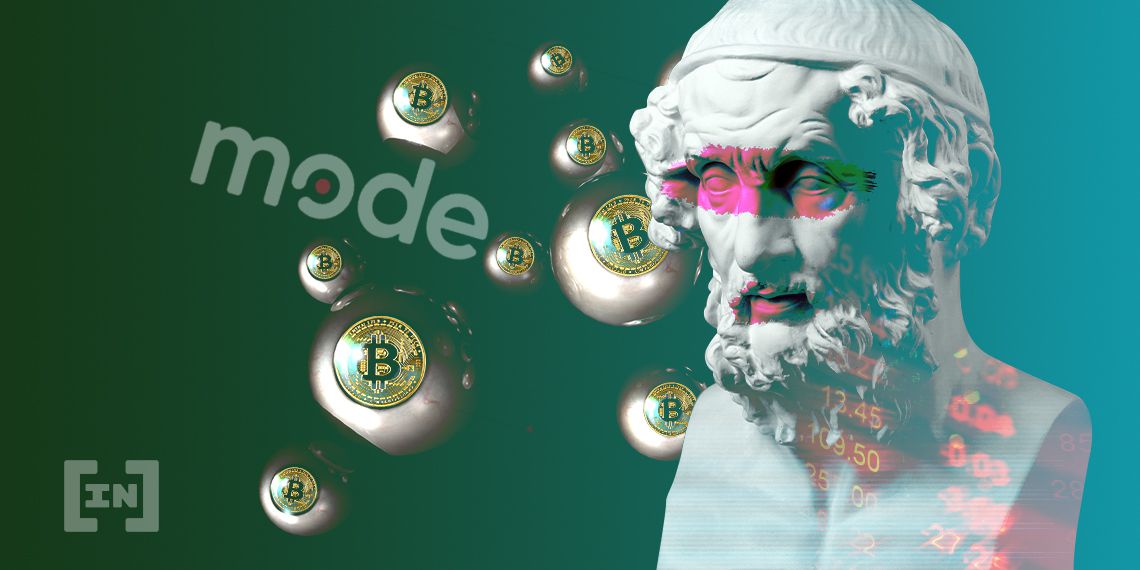 A UK-based fintech firm has just announced a large purchase of bitcoin using its cash reserves. Mode Global Holdings, an already bitcoin-friendly financial company, has become the first UK publicly traded firm to allocate part of its reserves to the cryptocurrency.

The announcement follows those of Microstrategy and Square. As many cryptocurrency industry observers suspected, Microstrategy’s August revelation appears to now be inspiring others.

First, there was Michael Saylor’s Microstrategy. Then, came Jack Dorsey’s Square. The two companies adding BTC to their balance sheets reveal an emerging appetite for bitcoin as protection against inflation and economic crises.

Mode is the latest publicly-listed company to realize bitcoin’s importance. The UK fintech firm announced the decision via press release on Wed 21 Oct.

Mode has reportedly allocated 10% of its cash reserves on its balance sheet to bitcoin. Motivating the decision is the uncertain global macro-economic outlook in the wake of the coronavirus pandemic.

The firm says that the bitcoin allocation is an effort to protect the assets of investors from currency debasement. It mentions record low UK interest rates of 0.1% in its justification.

“Our decision to allocate up to 10% of our cash reserves to purchase Bitcoin was motivated by the need to protect investor assets and gain value. The funds had previously been held in sterling – with UK interest rates at a record low of 0.1% we took the decision to mitigate currency debasement. This is an issue facing all companies holding fiat currency and we expect others to follow suit.”

The company recently completed an IPO in which it raised £7.5 million. The press release states that the decision to invest in bitcoin is an effort to “maximize the value of returns” from its IPO.

Despite its recent investment foray into bitcoin, Mode is no stranger to the digital asset. It describes itself as “the bitcoin banking app.” It also sells BTC, as well as the ability to generate interest from holdings.

A believer in Bitcoin, Rowland added:

“We made this allocation because we truly believe in the long term value of Bitcoin. We have received a fantastic response so far from our investors and customers who understand the high value of the asset class. It is also a critical part of our goal to bring transparency and credibility to digital assets.”

As mentioned, Mode is by no means the first publicly-listed company to take on exposure in bitcoin. Illustrating this shift is Microstrategy CEO, Michael Saylor. In 2013, Saylor publicly dismissed bitcoin on Twitter:

#Bitcoin days are numbered. It seems like just a matter of time before it suffers the same fate as online gambling.

After eventually doing some research into the cryptocurrency this year, Saylor completely changed his mind.

Recent appearances on various industry podcasts, along with passionate tweets like that below, have quickly elevated the CEO to legendary status in Bitcoin circles:

#Bitcoin is a swarm of cyber hornets serving the goddess of wisdom, feeding on the fire of truth, exponentially growing ever smarter, faster, and stronger behind a wall of encrypted energy.

Whereas Bitcoin previously appeared to represent a tool for criminals, it’s now emerging as a hedge against macro uncertainty. Like Mode, both Microstrategy and Square cited their own concerns about fiat currency debasement in the wake of unprecedented coronavirus stimulus packages around the world.

The nature of these businesses lends themselves to such investments. Both Square and Mode are well-accustomed to the cryptocurrency industry, having both offered BTC exposure for some time.

In the case of Microstrategy, the board of directors is just five-strong with Michael Saylor controlling around 72% of the voting power. It, therefore, would have been much more likely for Microstrategy to invest in BTC compared to other publicly-listed companies.

Some industry observers believe that this is just the beginning of a steepening institutional adoption curve.