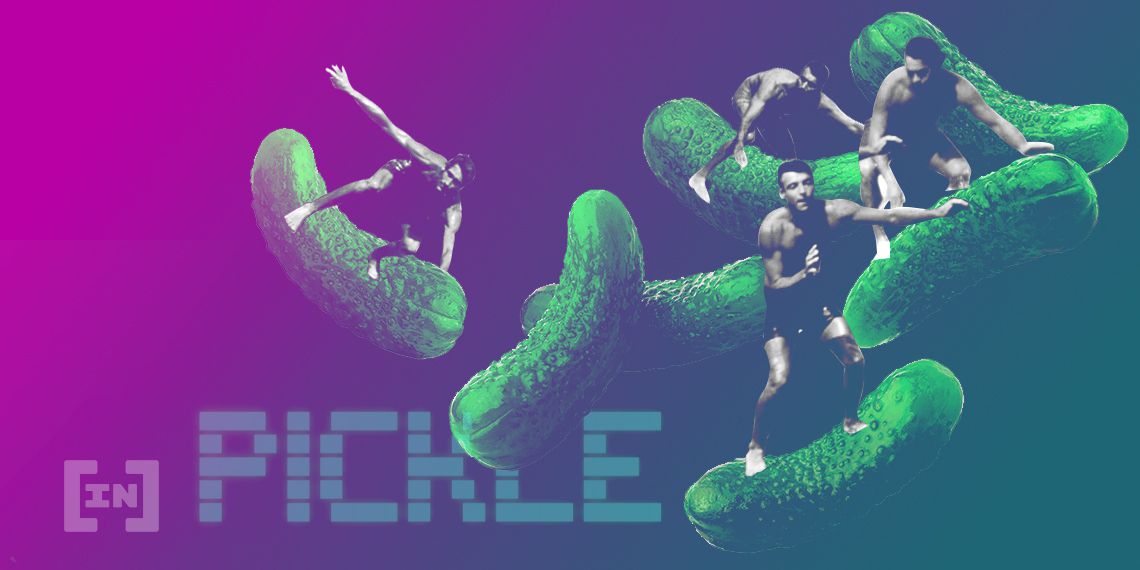 New DeFi yield farming platforms have been coming thick and fast over the past month or so with new opportunities popping up almost every day. The latest offering garnering attention is Pickle Finance which aims to help mitigate the relative instability in stablecoins.

The majority of DeFi doppelgangers do mostly the same thing with a few slight variations. Essentially, offering a worthless governance token as an incentive to lure liquidity providers. In some cases, the token performs well for some time, while others dump just as quickly as they pump.

Pickle Finance is taking a slightly different, though highly-experimental, approach to stablecoins and their relative pegs.

Pickle has the grand plan of bringing the four largest stablecoins​ USDT, DAI, USDC, and sUSD closer to their peg by using the power of farming and ‘pVaults’, which have just been rebranded to ‘pJars.’

The project was announced on Sept 11 and has accrued over $50 million in liquidity over the weekend. Pickle’s token liquidity pools are boasting what have become the typical four-figure returns for DeFi.

Using the slogan ‘Off-peg bad, on-peg good,’ Pickle Finance is looking to incentivize users to sell stablecoins that are trading above their peg and buy ones that are below it.

Stablecoins often trade above their pegs which provide good arbitrage opportunities for whales swapping large bags between them, however, this is of little benefit to the DeFi ecosystem as a whole as it exacerbates the problem. A stablecoin that isn’t stable is of little use to the rest of us.

When a stablecoin is above peg, the protocol will distribute fewer PICKLE tokens to that particular pool and more to other pools. As yield farmers chase the best returns, this creates sell pressure for the overvalued stablecoin and buying pressure for the others. There is also a ‘Pickle Swap’ feature, which enables liquidity providers to change positions from one stablecoin pool to another in a single click.

The native PICKLE token can be used for governance voting, but as with most other DeFi clones, it is likely that mostly just the whales exercise this privilege. Pickle Finance has taken this a step further though by introducing quadratic voting which lessens the control over heavy bag holders.

Ethereum co-founder Vitalik Buterin questioned the safeguards, if any, that are in place to prevent abuse of the system;

“Nice! How do you determine individual identities to prevent individuals from splitting their funds into many accounts to avoid being square-rooted?”

Pickle responded that as of yet, they cannot control it but wanted to make it more difficult for whales to game the system.

Within days of the launch, Dai started trading above its peg which spurred a governance vote to reduce rewards on that pool however it remains unclear as to whether this had a direct effect on Dai returning closer to its peg. Either way, the team did claim credit for it in a rather surreptitious way;

Who cares? This is great because this is in align with our mission to bring stable coins closer to their peg.

On Sept 15, Pickle Finance introduced something called ‘Pickle Jars’ which is the next iteration of their pVaults system. The unaudited contracts have been taken from Yearn Finance’s yVaults which have so far proved successful.

Each ‘pJar’ will employ a different alpha-seeking strategy such as flash loan arbitrage for the best returns. Collateral is deposited in exchange for a ‘pAsset’ which is then sent to the strategy with returns being distributed back to the pools, just as yEarn does with its popular yETH vault.

The fee structure allocates 3% to governance for subsidized gas, 0.5% to the function caller as a reward for triggering the strategy, 1.5% is used to buy and burn PICKLE tokens from the market, and there is a 0.5% withdrawal fee.

The first pJar will be using the Curve pool to generate more sCRV tokens. The following image breaks it down:

Initial tests indicate an annual percentage yield of 40.5% is achievable using this method.

The announcement added that new pJars will continually be introduced and implemented in the weeks and months to come. The team also stated that they know they cannot keep printing PICKLE to maintain the stability peg and will be updating their roadmap soon.

At the time of press, PICKLE tokens were trading at $55 according to Uniswap. Within three days of its launch, the token surged to top out at $80 before pulling back to current levels.

Uniswap also reports current liquidity of around $13 million and a daily volume of approximately $20 million.

As with many of the latest DeFi offerings, the anonymous team behind it has issued a warning that this is an experimental project and there is a very real risk of money loss.

The smart contracts are unaudited, there could be adverse effects on stablecoin pegs, and token pump and dumps, or ‘rug pulls’ as they’re called these days, are a real possibility.

Though, none of this is likely to deter the voracious droves of degens from flocking to the latest DeFi food frenzy for a quick fix.