In March, Hive hard forked away from Steem

BUY NOW to negate Justin Sun’s stake in the network. 20% of the total STEEM supply, called the ‘founder’s reward,’ was purchased by Sun in February.

It was a brave example of a ‘decentralized revolt’ which Sun is now attacking with increasing resentment.

In a recent tweet, Sun alleged that ‘many millions of dollars were stolen by Hive witnesses.’ He also claims to be working with law enforcement to get the funds back. 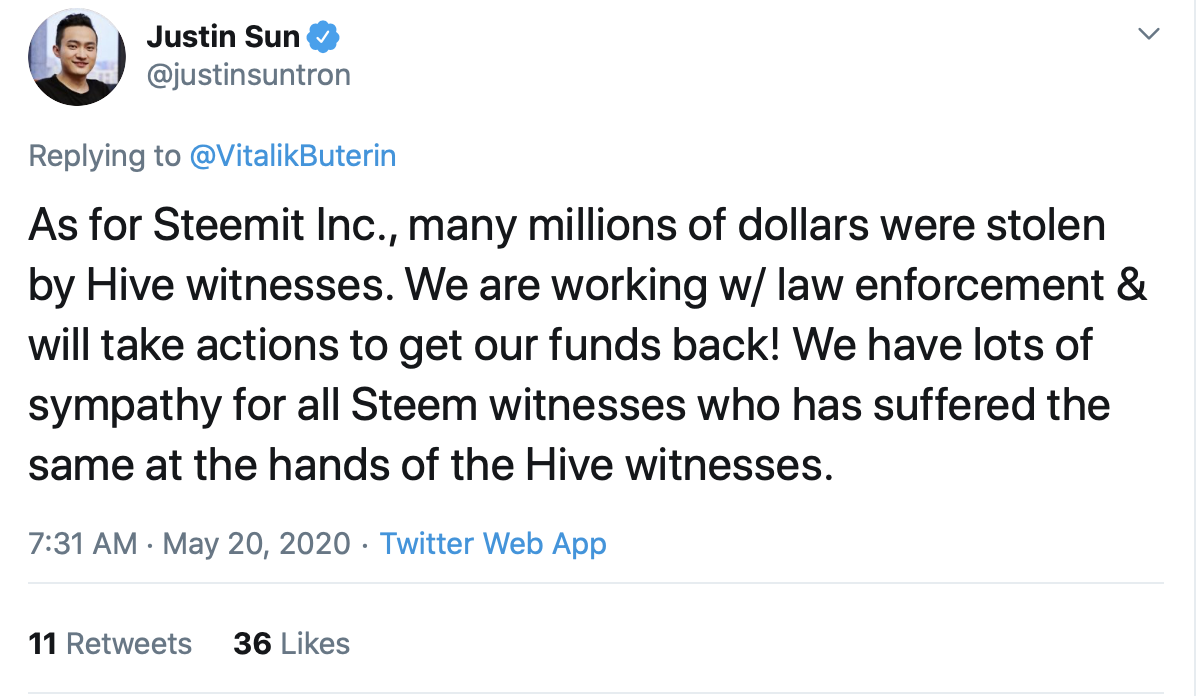 It seems that the suppression of Hive supporters on Steem has already begun. In a perfect example of why HIVE was created in the first place, Sun is now clamping down on the dissent.

In the next STEEM upgrade, around $5M in STEEM tokens hidden by dissident Steemit witnesses will be frozen — actions that have been met with overwhelming disapproval and criticism.

In February, Sun attempted to leverage his newly acquired ‘founder’s reward’ (20% of STEEM supply) by paying users to vote for witnesses set up by himself. In effect, Sun was trying to game the system and break the entire consensus model. This failed spectacularly and the community revolted. 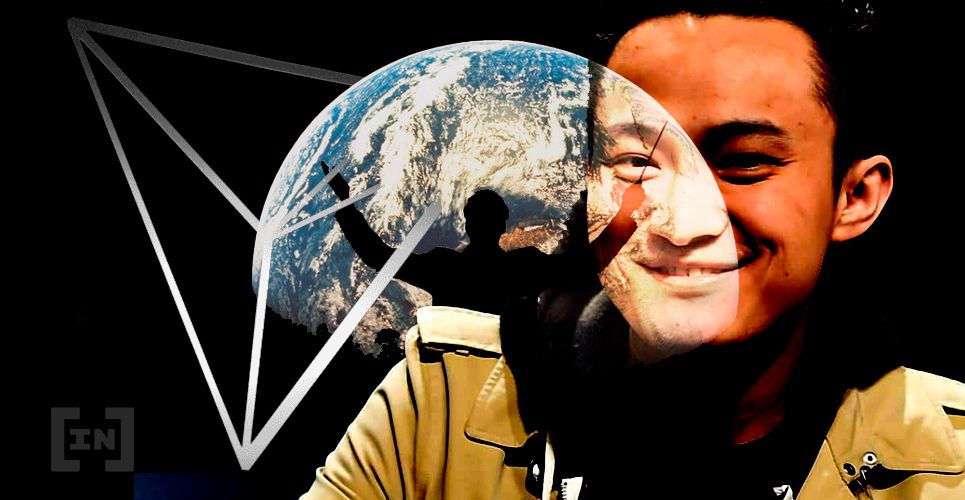 The hard fork was therefore initiated to negate Sun’s 20% stake on Hive. Vitalik Buterin and others have supported the move as a ‘watershed moment’ for decentralization.

Sun sees the entire ordeal not as an example of decentralization in action, but as a personal attack which cost him money.

HIVE is valued at around $95M whereas Steemit (STEEM) is worth around $109M. They are essentially neck-and-neck in valuation.

Cryptocurrency News Roundup for May 14, 2020
#News 3 weeks ago
Up Next
Bitcoin Price Falls as BTC Mined in Early 2009 Moves for the First Time
Blockchain News 2 weeks ago
Related News