It looks like the unfounded rumor involving Satoshi Nakamoto that pushed the BTC price back to the mid-$9,000s from an intraday high of $9,800+ on Wednesday ended up doing more damage than initially anticipated.

The benchmark cryptocurrency has since shed nearly 8% and is trading at just below $9,100 at the time of press.

Traders who were previously rooting for the BTC price to again cross over into five-figures have now shifted their focus on the support area between $8,550 and $8,800. Any lower than that and odds are there that the price could further slide all the way back to the mid-$7,000s (or possibly even lower).

More on that and other big updates from the day in BeInCrypto’s cryptocurrency news roundup for May 21, 2020.

Where Will Bitcoin’s Decrease Come to an End? [Analysis]

In lower time-frames, we can see that the $9,000 area is also a minor support level, found between the longer-term resistance and support found at $9,400 and $8,600, respectively.

Furthermore, the price has also found support above the 250-day MA. It was this same MA that halted the rapid decrease on May 10. Therefore, even though the price is mired inside a very strong decrease, it is still resting above numerous support levels.

Since Wed, Crypto Twitter has been abuzz with speculations surrounding the transfer of 50 BTC mined during the first month of Bitcoin’s history. The rumor that the erstwhile-dormant wallet

A crypto wallet is a device or app that stores digital assets. Unlike the physical wallet in your back pocket,... More that these bitcoins came from belongs to Satoshi Nakamoto

We don’t know much about the Bitcoin founder (or founders)  — Satoshi Nakamoto — as he pretty much disappeared after... More even forced many traders to resort to panic-selling.

However, as some commentators have repeatedly noted, the 50 BTC does not fall into the so-called Patoshi Pattern. These skeptics argue that Satoshi was mining Bitcoin early on with a single setup and the 50 BTC in question were mined using a different setup.

The 2016 DAO hack is a seminal moment in Ethereum

BUY NOW’s history, and there are valid points on many sides. However, TRON

Going a step further, Sun has even promised that he would support any individuals seeking damages from Ethereum

Blockchain is a digital ledger that’s used for storing data on several servers across the world in a decentralized, trustless... More co-founder Vitalik Buterin. 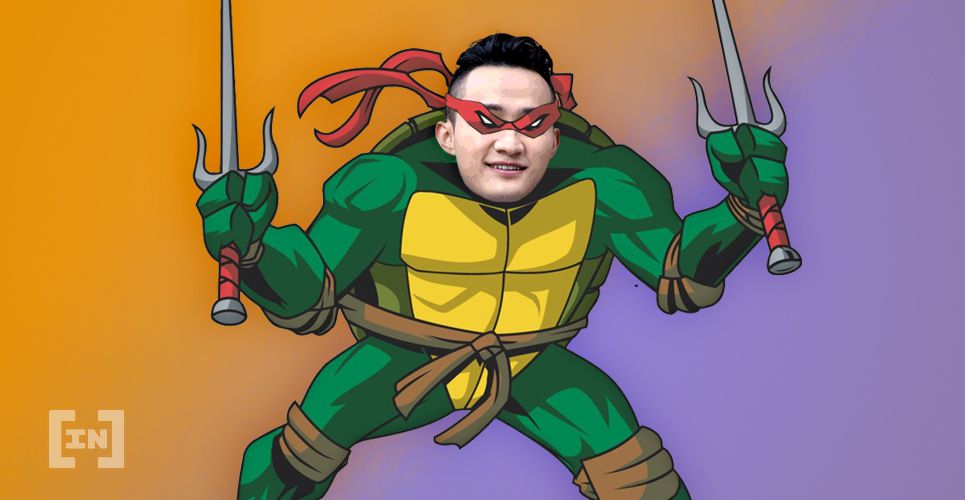 New data from Glassnode (@glassnode) shows that 1850 new addresses holding USDT are being recorded every hour — an all-time-high.

Not only that, but the total number of these addresses has also grown 10x since late-January.

If you’re looking to diversify your portfolio by including altcoins with a promising short-to-mid term potential, STEEM and NANO could be two options worth mulling over.

Both these assets have grown considerably over the past couple of weeks. NANO, for example, increased by nearly 60% over the past 13 days while STEEM has surged by more than 30% in the past four days alone.

Cryptocurrency News Roundup for May 14, 2020
#News 3 weeks ago
Up Next
Bitcoin Reclaims $9,000 After Strong Rejection
Bitcoin Analysis 2 weeks ago
Related News

Analysis 2 days ago
No Result
View All Result