The end of 2018 is drawing near as Bitcoin continues to take a nose dive into new depths — dragging the altcoin market in tow.

It is becoming less and less likely a reversal will happen before the year’s end. Some investors are even preparing for pre-2017 bull run prices.

In the cryptocurrency market, the week opened to continue the steep plunge that began on Wednesday of last week, when Bitcoin tanked from $6,300 down to $5,600.

As expected, the altcoin market is getting slaughtered as well, with most coins once again seeing double-digit losses. Ethereum (ETH), EOS (EOS), Stellar Lumens (XLM) and Litecoin (LTC) are down between 10 and 12 percent on the day, while Ripple (XRP) has been the best out of the top ten at weathering the storm — its price dipping back to $0.48, losing nearly seven percent. 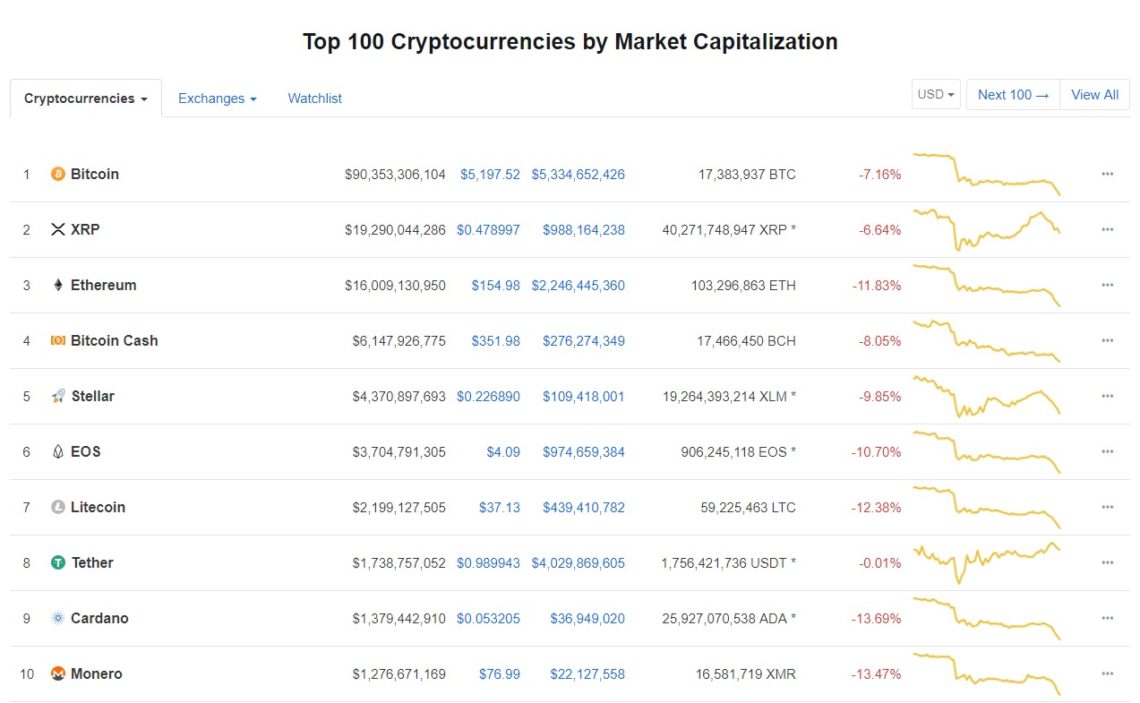 Many cryptocurrency investors and enthusiasts were hoping for a late ‘Cryptovember,’ where Bitcoin and other digital assets have historically gone off on a strong rally during the months of November and December.

Investors should instead focus on proceeding with caution amid the market’s extreme volatility, and consider the potential outcomes, both bull, and bear — hoping for the best and preparing for the worst.

Looking at Bitcoin (BTC) from a purely technical standpoint, we can try to predict the short-term price movement and potential bottom for the current bear market.

The weekly Coinbase chart seems to present a case for the bulls. Bitcoin is sitting slightly above the $5,000 mark, a level which seems to have strong support as both a psychological crutch and as the bottom of an 11-month descending triangle pattern.

The price may look to settle on the $5,000 support and trade sideways until mid-spring 2019 when the price returns to Bitcoin’s median lifeline — historically signaling a strong move to the upside. 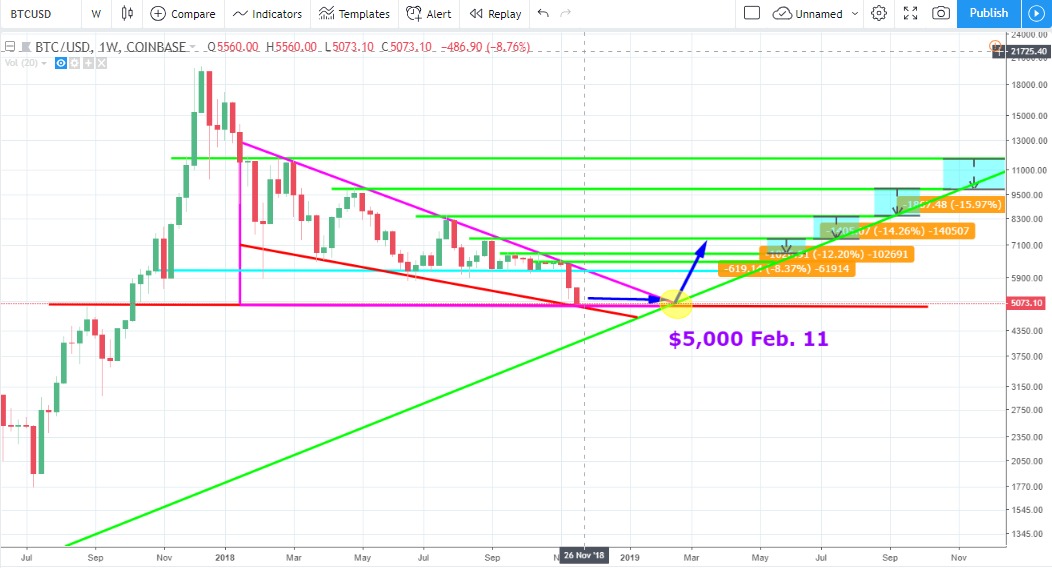 The Bitfinex weekly Bitcoin chart presents the possible case for an extension of Bitcoin’s second ‘crypto winter,’ in which the market goes through another downturn at the beginning of 2019 and the price crashes through the $5,000 support and heads sharply towards the $3,600 previous support and resistance.

At this level, the price of Bitcoin will have corrected 81 percent from its all-time high and would invalidate the gains made during the wild end-of-2017 bull run.

Keep in mind that during the last ‘crypto winter,’ Bitcoin ended up losing nearly 90 percent of the gains made from its then $1,140 all-time high at the end of 2013 before completing the correction at $200.

If the same conditions play true in the current bear market, Bitcoin could end up seeing the bottom in the neighborhood of $2,100 before any sort of reversal can happen. 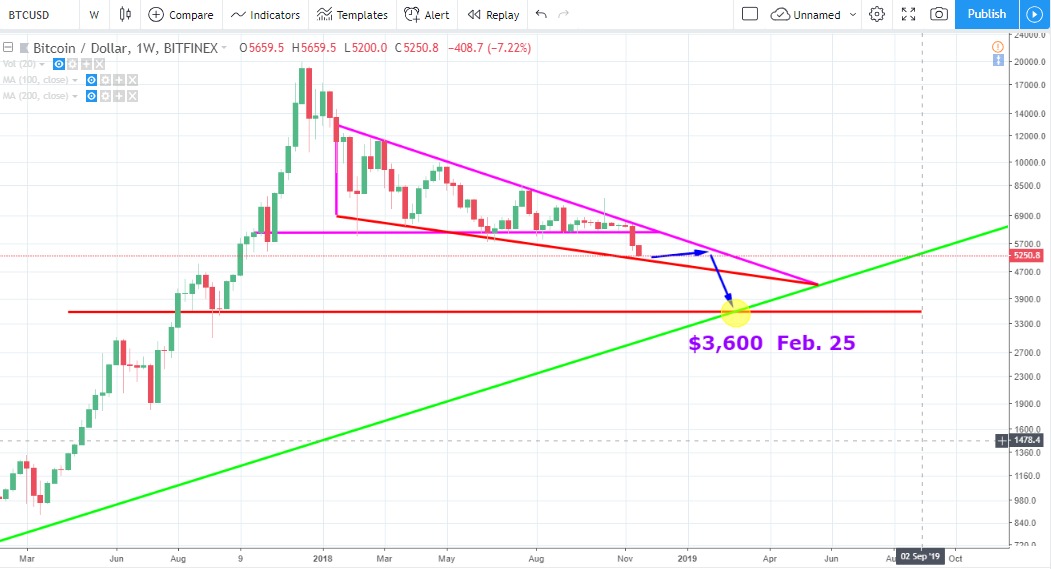 At what price will Bitcoin (BTC) finally hit bottom? Will Bitcoin bottom in 2018, or will the bear market continue into 2019? Let us know your thoughts in the comments below!