Are We About To See Yet Another ‘Cryptovember’ Rally?

It's the most wonderful time of the year!

Statistically, November and December have consistently been the cryptocurrency market’s strongest months of the year.

The flat and stagnant bear market has many crypto enthusiasts bored and itching for the end-of-the-year gains which investors have become so fond of. 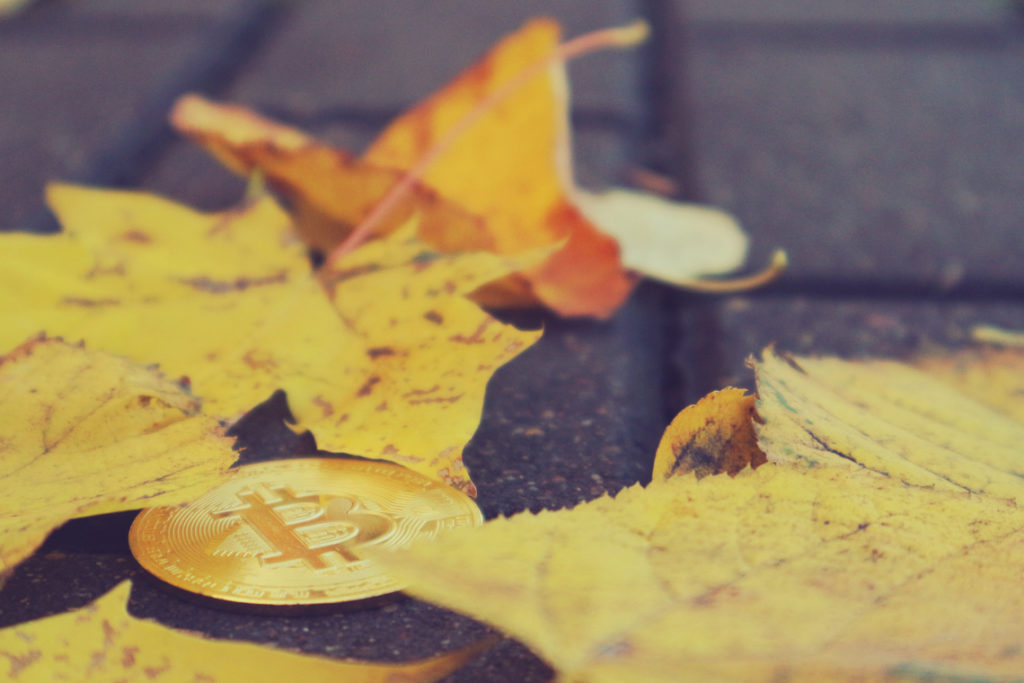 The final two months of the year are beginning to be recognized among those interested in the cryptocurrency market to be the most likely time for a much-needed rally. Specifically, looking at the past five years of Bitcoin’s price, we can see mounting evidence of this reoccurring pattern.

The two most notable November-through-December rallies were in 2013 and 2017.

While the same two-month span in 2014, 2015, and 2016 was not as wildly profitable as in 2013 and 2017, the price increased nonetheless. 2014 and 2015, like the current market, were years stuck in a rut as the price of Bitcoin declined and stagnated into a two-year bear market, seeing small gains of 40 percent and 60 percent respectively.

The beginning of 2016 brought with it the end of the bear market, and saw a steady price increase throughout the year, blasting off another 50 percent in the final two months.

Will Bitcoin continue the pattern next month and finally bring an end to this ten-month bear market, or will we continue to slip back to test lower support levels? 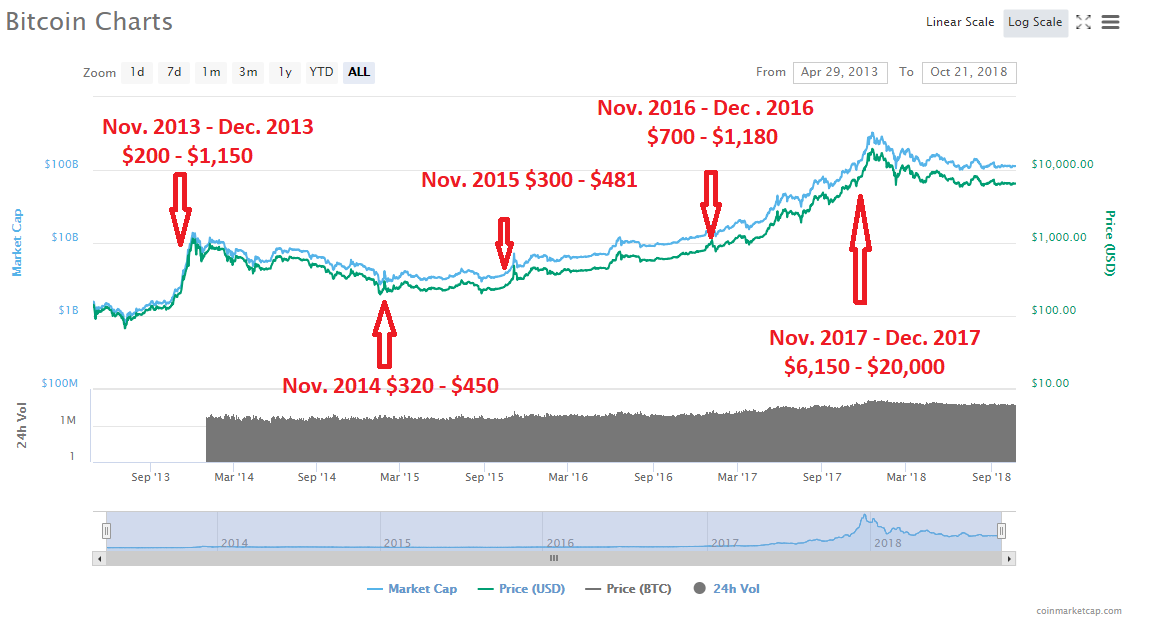 The Here And Now

Since the last ‘cryptovember,’ the price of Bitcoin has sunk to a yearly low of $5,800 and has been trading lately within a small range, bringing volatility to a 16-month low. At the moment, the price sits wedged up underneath a 10-month descending trend line and hovering a bit above the $6,200 support level.

Consolidation at this point usually indicates a strong movement in either direction. If the $6,200 level continues to hold, there is a strong possibility for Bitcoin to start putting in higher highs and continue to make higher lows. 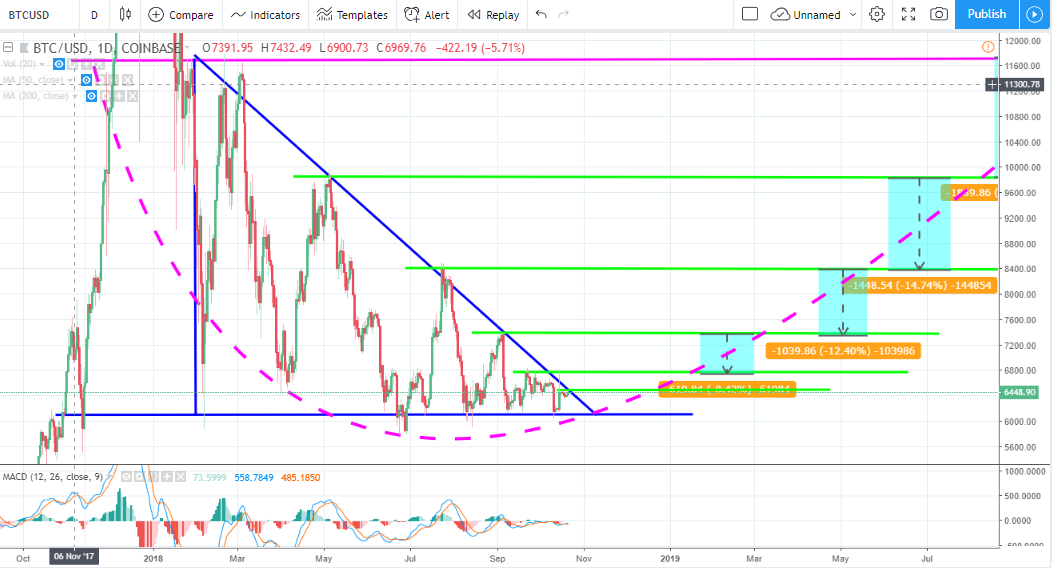 However, with the price so near a critical support and the year’s end quickly approaching, it is unclear if ‘cryptovember’ this year will bring good tidings, or if the bears will hold strong and take the price back to sub-$5,800 levels.

Do you think November and December 2018 will finish with a bang? Let us know your price predictions in the comments below!