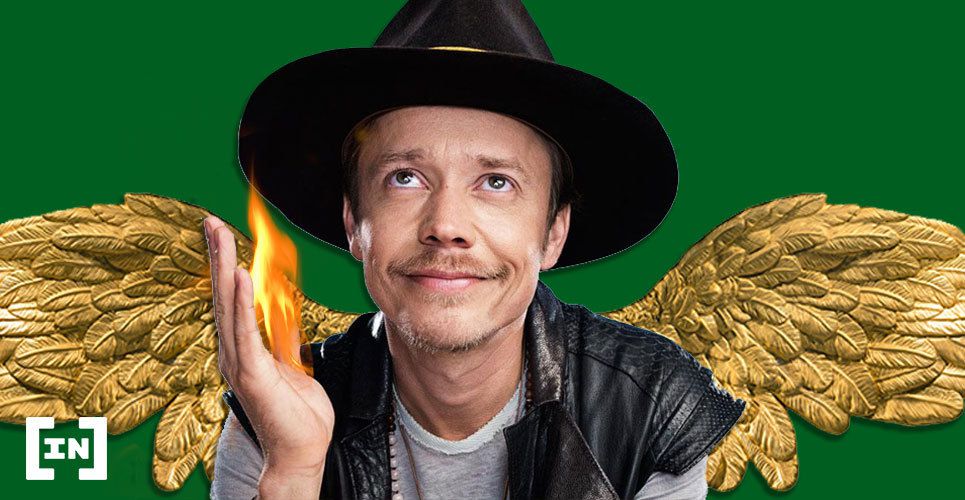 Bitcoin Foundation Chairman and Tether co-founder Brock Pierce sat down with Bloomberg, weighing in on the demise of TerraUSD as well as the market crash.

Users of the coin have reportedly lost millions of dollars in the collapse, after Terra’s algorithmically engineered stablecoin lost its 1-to-1 peg with the U.S. Dollar, causing a hemorrhaging effect where both Terra and Luna’s price plummeted.

Do Kwon recently amended his proposal to revive the Terra blockchain, suggesting the creation of Luna (LUNA) 2.0 tokens on an entirely new blockchain. However, many have come to question the legitimacy of his proposal, as his amendment to it comes in the middle of an on-chain vote.

The executive commented that while the Terra LUNA and UST experiment got ‘too big, too fast,’ it hasn’t negatively impacted the rest of the ecosystem. However, he also said, “the problem with this experiment is that people put too much trust in it too soon.”

Are stablecoins as risky as Yellen says?

Last week, U.S. Treasury Secretary Janet Yellen warned about the risk of a “bank run” where investors flee stablecoins, which could potentially cause a contagion of other markets. Valued at $160 billion, stablecoins have grown so much that many believe there is a form of systemic risk.

Pierce, one of Tether’s co-founders, told CNBC that “Tether breaking its peg is an overstatement,” referencing the many deviations in price Tether has previously experienced. Speaking to market uncertainty, Tether recently announced in its latest quarterly assurance report that its stablecoin reserves are “fully backed”.”

“Well, that was a flash sort of crash that happened for all of a moment. It certainly wasn’t sustained. Yes, that’s not a positive occurrence. But it immediately recovered,” Pierce noted. Yet, Pierce’s trust in algorithmic stablecoins hasn’t been shaken, as he says he believes “there is a place for them in the future.”

Indeed, the ripple effect of the volatile market has renewed calls for immediate regulation of virtual assets.

Fabio Panetta, a member of the executive board of the European Central Bank, recently remarked that “stablecoins are vulnerable to runs,” highlighting that there is ‘no guarantee that stablecoins can be redeemed at par at any time.”

Pierce continues to see a long-term value in the crypto space.

“We are absolutely seeing large numbers of people in Latin America using this technology for things like remittances. The fundamentals are there,” he highlighted.

Chainalysis had also noted in its last year’s report that Latin America, along with parts of Africa and  Central and Southern Asia see more web traffic to peer-to-peer (P2P) platforms than other regions. Some experts might credit part of that adoption to Latin America’s high inflation rate. IMF noted last month that “inflation in Latin America’s largest economies is the highest it’s been in 15 years.”

The countries are also moving fast in the region.

“In Latin America, unlike other regions, cryptocurrencies play a role beyond the speculative. They play a social role as well, both in sending remittances and also as an alternative to local fiduciary currencies,” says Belo founder Manual Beaudroit.

Despite expectations of increased crypto adoption in the coming months, the executive’s investment advice comes down to the diversification of investment portfolios.

As the markets remain volatile, the executive is also seeing a direct correlation between the “old economy and the new economy” which is likely to continue for now.

“We see large-cap cryptocurrencies, like Bitcoin and ether, fall less during downturns and rise less during upturns and the smaller caps have bigger fall. That’s likely to continue to be the pattern,” he added.

The executive also cautions investors against putting too much trust in new projects.

Notably, despite being optimistic about the future of NFTs, Pierce confessed that he wouldn’t invest “heavily” in that vertical.