On Jan 25, the Tow Center for Digital Journalism published a report titled ‘Blockchain in Journalism.’ Reports from the Tow Center are published through the Columbia Journalism Review and examine how digital technologies affect journalists, the content they produce, the way it is consumed, and its impact on culture.

A Simple Explanation of the Blockchain

The ‘Blockchain in Journalism’ report is divided into several sections. In the introduction, the author Bernat Ivancsics begins by explaining that blockchains are difficult to define because of the confusing and often ill-explained jargon used by those trying to explain the concept. Words like ‘decentralized’, ‘proof of work,’ and ‘distributed ledger’ are often used to discuss how blockchains function. Ivancsics is not alone in noting that using such terminology only increases confusion.

Using complicated language to explain complicated concepts is unlikely to lead to an understanding of the concepts or the language being used. Recognizing this, Ivancsics begins with simple explanations in ordinary language. He explains that blockchains use a variety of different technologies for distinct purposes, but that they all have one thing in common: they are used to store data more securely than other technologies are capable of doing.

Ivancsics then offers a simplistic explanation about how the blockchain works without using jargon. Data is packed together into small blocks which are connected together in a chain. Such an arrangement of data is irreversible and stable. This increases the safety and security

Once you've bought or received bitcoins; you now need to keep them as safe as possible. This guide will provide... More of the data stored.

He then explains the primary benefit of using blockchain technology for data storage. Instead of relying on single entity administers like banks, governments, and corporations to store the data of all users, the blockchain creates what Ivancsics terms a ‘new social contract’ in which the users of the blockchain can store and retrieve digital data, run applications, send and receive money, and much more without the need of governing authorities that determine how these process should be accomplished. 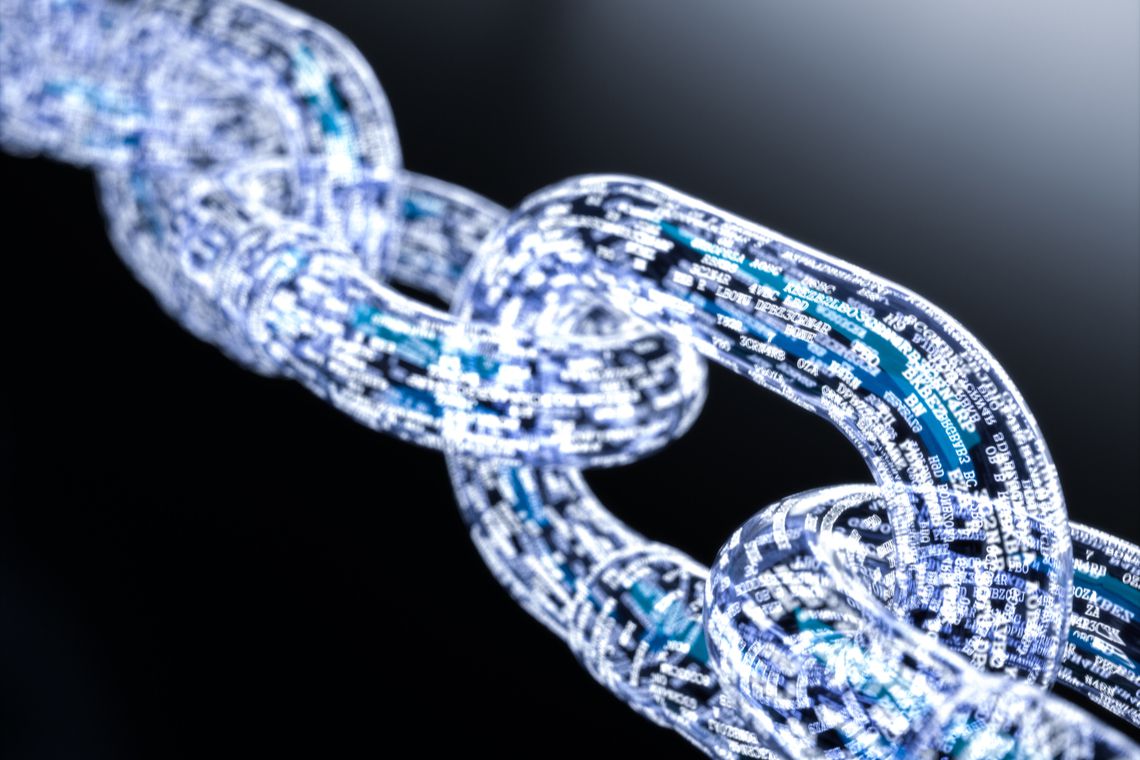 A Deeper Look at the Blockchain

In the first section, Ivancsics expands the conversation by discussing the early history of Bitcoin

BUY NOW and blockchain technology. He then offers four general purposes of the blockchain: 1) storing data, 2) tracking all modifications to the data, 3) securing the data so that it cannot be altered, and 4) incentivizing individuals to participate in the usage of the blockchain.

Five oft-discussed qualities blockchain technology are then isolated: decentralization, immutability, transparency, distribution of the ledger, and a network-based in trustlessness. Instead of offering definitions of these concepts, Ivancsics offers a holistic explanation of what they mean when taken together. In his account, the blockchain is a record of agreed-upon data that cannot be changed or altered and can be viewed by anyone. As a result, the blockchain builds trust and memory into its protocol.

After examining the basic types of information that can be stored on the blockchain, Ivancsics describes the difference between public and private blockchains. In the following sections, he examines the common elements of the blockchain: the block, the hashing

Hashing is creating a sequence of characters (a hash) using a mathematical function. This sequence of characters is extremely secure... More process, and a consensus algorithm. As he moves through these two sections, his conversation about the blockchain moves from primarily general to relatively complex. He even includes a thorough discussion on the difference between Proof-of-Work (PoW) and Proof-of-Stake (PoS).

Journalism and the Future

With the basic understanding of the blockchain, Ivancsics explains how blockchain technology can be integrated within the journalism industry and beyond.

The first method by which the blockchain can be integrated into the journalism industry is as an add-on to existing technological infrastructure used by news organizations and publishers who subscribe to the decentralized application (dApp). The purpose of each is to help solve problems faced within the industry of post-industrial journalism.

Po.et (POE), for example, is a targeted solution that tracks timestamps, copyrights, authorship, and the manner in which digital assets are distributed and to whom. This protects the intellectual property of reporters. Furthermore, the use of Po.et and related dApps enables accurate time-logs to be recorded. This allows reporters to be paid on a timely basis. It also allows reporters and publishers to be able to determine when work was submitted or published.

Other targeted solutions include the tracking of advertisers and their reputability.

AdChain, for example, stores information about advertisers that wish to partner with news organizations. Each advertiser is given a registry ranking based upon the consensus of organizations using the service. After a ranking is published on a block, it can be approved or contested by the users on the network.

This means that new organizations choose together which advertisers qualify as the most reputable to partner with. Every change in the registry ranking of an advertiser is recorded on a new block and hashed to the blockchain where it cannot be changed. This means that all changes in an advertiser’s ranking can be tracked over time using the information presented on the AdChain blockchain.

By using private blockchains, various organizations are able to curate the data in the interest of all stakeholders. To accomplish this, hybrid solutions combine targeted solutions with the generation and usage of a cryptocurrency to create a new business model based on transparency, accountability, and self-governance.

Civil (CVL), for examples, uses a customized content management system (CMS) based on the Ethereum

BUY NOW (ETH) network to allow multiple organizations to participate in this new business model. Together, the organizations use CVL to govern their network, challenge organizational rules governing the CMS, or propose new rules among other things.

Beyond the journalism industry, Ivancsics examines a third use of blockchains by governments. The technology can be used to allow citizens to secure access to public records. Estonia is currently exploring this possibility with the development and integration of E-Estonia. 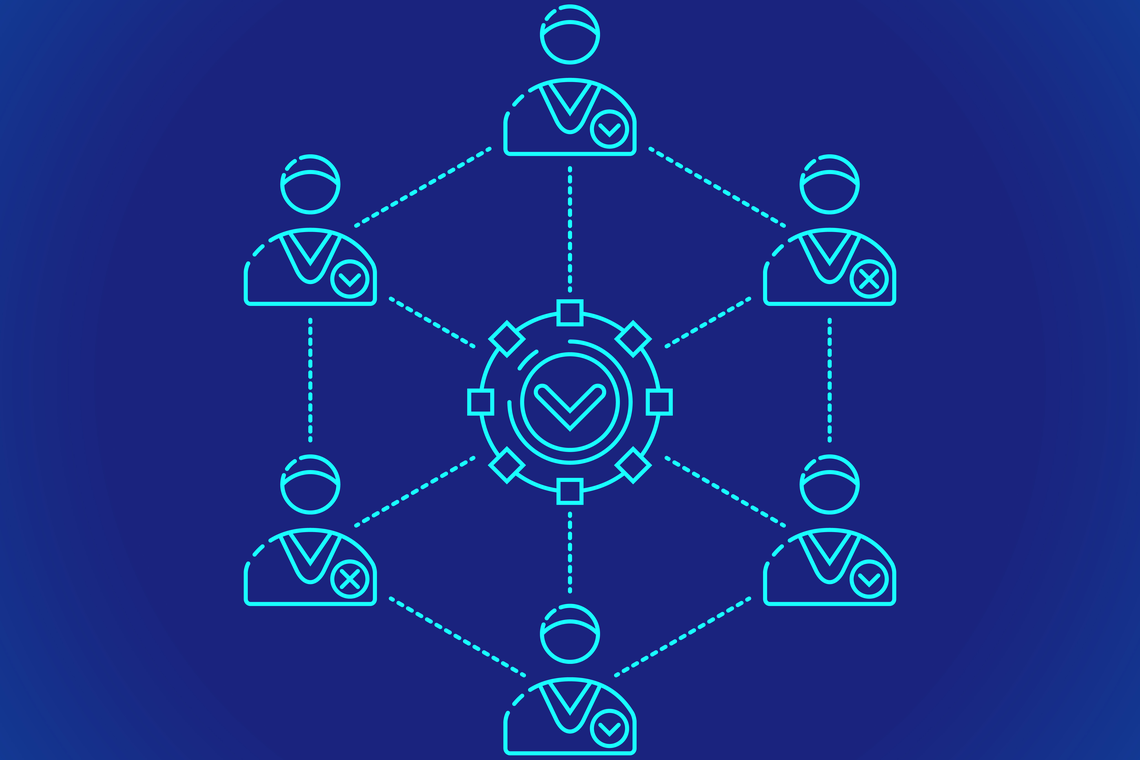 Importance of the Report

The ‘Blockchain in Journalism’ report is beneficial in that it begins with a simple understanding that most people know very little about blockchain technology. It isolates the problem of jargon and attempts to correct it by offering simplistic explanations, definitions, and discussions.

However, the report does so while also building into more complicated material which offers a more thorough understanding of what the blockchain is, how it functions, and what changes it poses to the journalism industry and beyond.

As a result, the report serves as much as an educational introduction to the blockchain as a report specific to journalistic purposes of the technology. Doing so enables the general reader the ability to understand the concepts being presented in ordinary language. It opens the door to a world in which the underpinnings of the blockchain becomes a less restricted form of knowledge. General folk are now given access to this information, rather than a minority of investors, developers, writers, and other individuals working within the cryptoasset industry.

Do you think the ‘Blockchain in Journalism’ report might be useful in facilitating the social integration and mass adoption of cryptoassets? Let us know your thoughts in the comments below!