Bitcoin’s Primary Use: Store of Value or Medium of Exchange?

The New Year has reignited the ‘family’ feud between Bitcoin

We don’t know much about the Bitcoin founder (or founders)  — Satoshi Nakamoto — as he pretty much disappeared after... More create Bitcoin as a store of value, or as a medium of exchange?

Ever since Satoshi Nakamoto vanished from the face of the Internet, the Bitcoin community has struggled to reach consensus on critical matters.

One such matter was scaling. Everyone wondered how Satoshi would scale the blockchain. Some came up with the simple solution of increasing the block size.

Others saw Satoshi’s old posts which warned them not to touch the original block size. Thus, they thought of restructuring the data in a block and allowing the implementation of a second payment layer, built on top of the blockchain.

As time passed, arguments turned into strong convictions, and convictions quickly led to accusations. The debate escalated to a point where there was no turning back, and on Aug 1, 2017, Bitcoin split irreconcilably. One side chose to scale on a different layer, while the other chose to scale on the blockchain itself.

The accusations continued and soon enough, each side lectured the other about Satoshi’s ‘true’ vision, while its latest ‘family’ feud involves Bitcoin’s initial purpose. 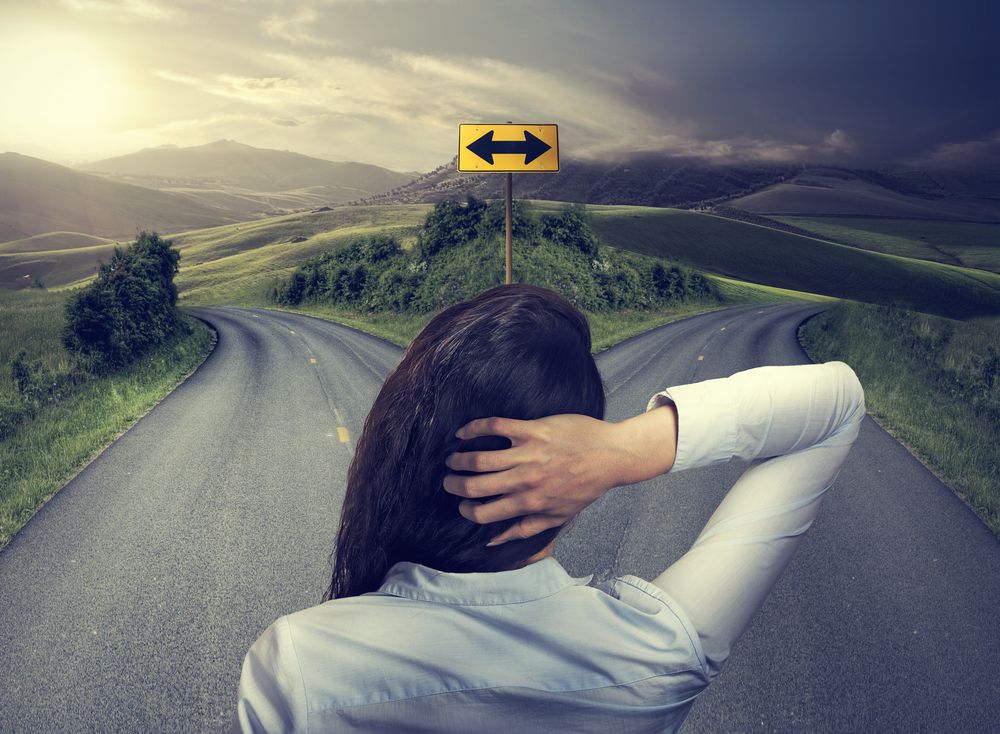 Bitcoin: A Store Of Value, Primarily

Unsurprisingly, the Bitcoin Core side strongly believes Nakamoto intended Bitcoin to be used as a store of value, first and foremost.

The mass adoption of 2017 proved the Bitcoin blockchain was far from ready to become a worldwide ‘currency.’ Many witnessed unacceptable delays in transactions, not to mention spikes in fees that made microtransactions impossible.

To some degree, Bitcoin has failed as a currency.

In 2018, the developers launched the promised payment layer, the Lightning Network. As a result, the Bitcoin maximalists had to change the narrative from it being a revolutionary payment system to being used as a store of value — like gold, only better.

Since most of the newcomers are investing in Bitcoin so they can profit big in the future, the Core’s choice to turn their attention to the store of value proposition was more than obvious.

1/ Satoshi’s Vision™ is a silly endeavor, as it doesn’t matter what it was, we are where we are now. However, those pushing the “Bitcoin was first made for payments” narrative insist on cherry-picking sentences from the white paper and forum posts to champion their perspective.

In his tweetstorm, Dan Hedl mentions old Internet posts of Nakamoto comparing Bitcoin with a commodity and with gold, in particular. Bitcoin’s value comes from its scarcity and therefore making it a store of value.

After his initial arguments though, Hedl enters a dangerous zone of assumptions. He imagines how Nakamoto had initially planned his whitepaper release. He also assumes Nakamoto promoted Bitcoin as cash just to help adoption among ‘cypherpunks’ and libertarians.

Interestingly enough, Hedl calls the whitepaper a marketing product — focusing solely on it would be a ‘gross misinterpretation.’

Furthermore, if Nakamoto had wanted an alternative currency, he would have made his/her/their creation inflationary, not deflationary.

In the end, the main purpose of the store of value argument is revealed. Whoever uses Bitcoin as a medium of exchange will ‘get burned and disillusioned.’ To maximize adoption, users must be encouraged not to make the biggest financial mistake of their life. In other words, they must not use Bitcoin and only HODL.

The Bitcoin Cash community quickly took to the stage after the tweetstorm, ready to retaliate.

They believe Bitcoin Cash will soon replace the fiat money from all around the world, thanks to the blockchain’s infinite scalability. Whenever the network is pushed to the limit, the developers can increase the block size as many time as they wish.

Like Core’s fan base, they pretend to know Satoshi Nakamoto and their ‘real vision’ was when they created the first ever cryptocurrency. Claiming it was to make Bitcoin primarily a medium of exchange, and not necessarily a store of value.

The most boring topic I've ever written about, but kinda interesting as a study of the Bitcoin community in a runaway ingroup signaling loop:https://t.co/no4IDq6UyX

Olds accused the Bitcoin maximalist of taking some of Satoshi Nakamoto’s reactions out of context, just to make his point.

Moreover, using indirect ‘evidence’ to dismiss obvious signs of Nakamoto’s intentions is not the way to go. It is not a coincidence that Nakamoto named the whitepaper ‘A Peer-To-Peer Electronic Cash System,’ no matter where the word ‘cash’ is derived from.

The arguments continue in regards to the whitepaper as there are a few references to gold that appear when mining is explained. On the other hand, there are many references to cash, payments, and their related words (merchants, commerce, customers, etc.)

Last but not least, Olds rightfully dismissed any of Hedl’s assumptions concerning what Nakamoto had thought, imagined, or planned ten years ago. Maybe they made Bitcoin deflationary to have the same properties as gold.

Alternatively, maybe Satoshi actually liked sound money and thought of the gold standard as the best solution to the world’s fiat problems.

Most importantly though, maybe we should all actually stop pretending that we actually know what Nakamoto was thinking when he created Bitcoin.

Maybe we should just look at the cold, hard facts and not actually dismiss them as marketing.

Yes, the whitepaper’s title includes the word ‘cash’ and to ignore it just to fit our narrative is a ‘gross misinterpretation.’

An item that functions as a store of value has to have a practical use in order to preserve its value. Gold, for example, is widely used in many industries, from jewelry to electronics and aeronautics. There is a demand for gold, apart from its scarcity, which is why the value of gold will never go to zero.

[bctt tweet=”Use it or HODL it? Which is more important for Bitcoin?” username=”beincrypto”]

Without the medium of exchange function, Bitcoin will fail.

Alternatively, without the store of value function, Bitcoin will also fail. 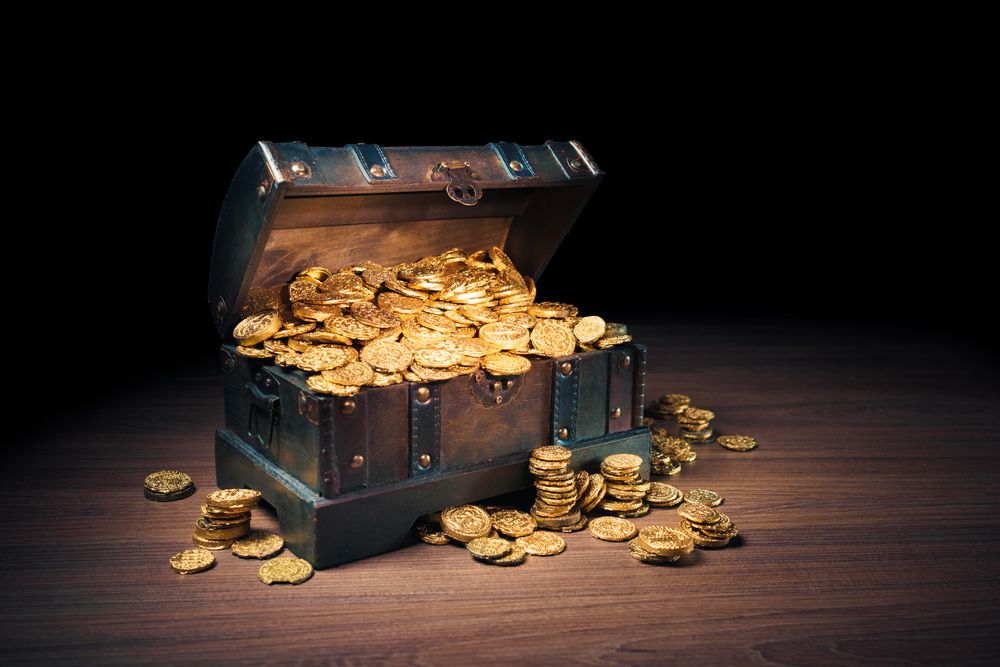 Is being a store of value more important than a medium of exchange for Bitcoin? Please share your thoughts in the comment section below!