Bitcoin’s Future Trend Could Be Determined by This Indicator

The Bitcoin price has reached its 20-week moving average (MA) and is making an attempt at moving above it.

The 20-week moving average has been a flawless predictor of the trend’s direction since December 2018. Every time the Bitcoin price has moved above it, it has continued its upward movement and vice-versa.

The MA currently coincides with the downtrend resistance line, suggesting that a breakout above it could begin a new upward move.

Bitcoin trader and YouTuber @themooncarl outlined a Bitcoin price chart and the relationship of the price to its 20-week moving average. He stated that a failure to move above the 20-week MA could lead to a decrease below $6000, while a successful breakout could lead to $9450.

This moving average has historically marked VERY important turning-points for Bitcoin, both bullish and bearish.

A rejection here could lead to a break below $6,000. If broken, BTC could reach $9,450 quickly! pic.twitter.com/Ud0QCJBZLY

During the 2018 downward trend, the Bitcoin price did not react to the 20-week MA — since the price broke out above it twice and then quickly reversed. However, since reaching the $3200 bottom in December 2018, the relationship of the price to the 20-week MA has been instrumental in determining the direction of the trend:

The target for a breakout is given at $9450. While there is no exact target for the downside, the tweet suggests values below $6000.

While the values could slightly differ depending on the exchange, the $9400-$9600 area acted as support and afterward as resistance, making it significant and validating it as a possible target.

On the other hand, the closest support area below $6000 is found at $5200, coinciding with the support line of the channel in March 2020. 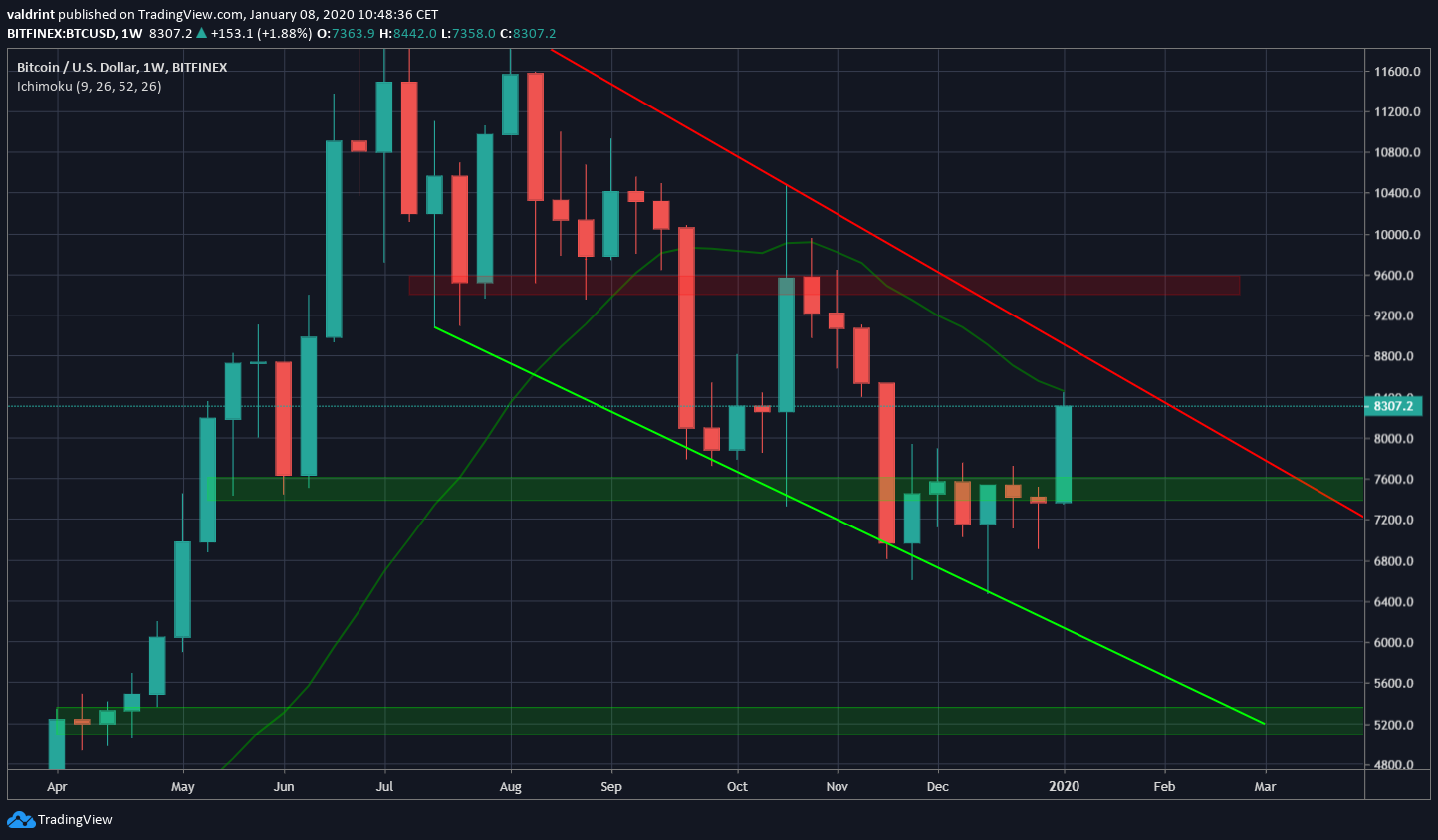 In case the price breaks out, we believe a more suitable target can be found at $10,250. This is the 0.618 Fib level of the current downward trend. The reason for this is the fact that the original target of $9450 (0.5 Fib level) is very close to the descending resistance line.

Therefore, we believe the dotted lines represent a more likely price movement than the dashed ones. 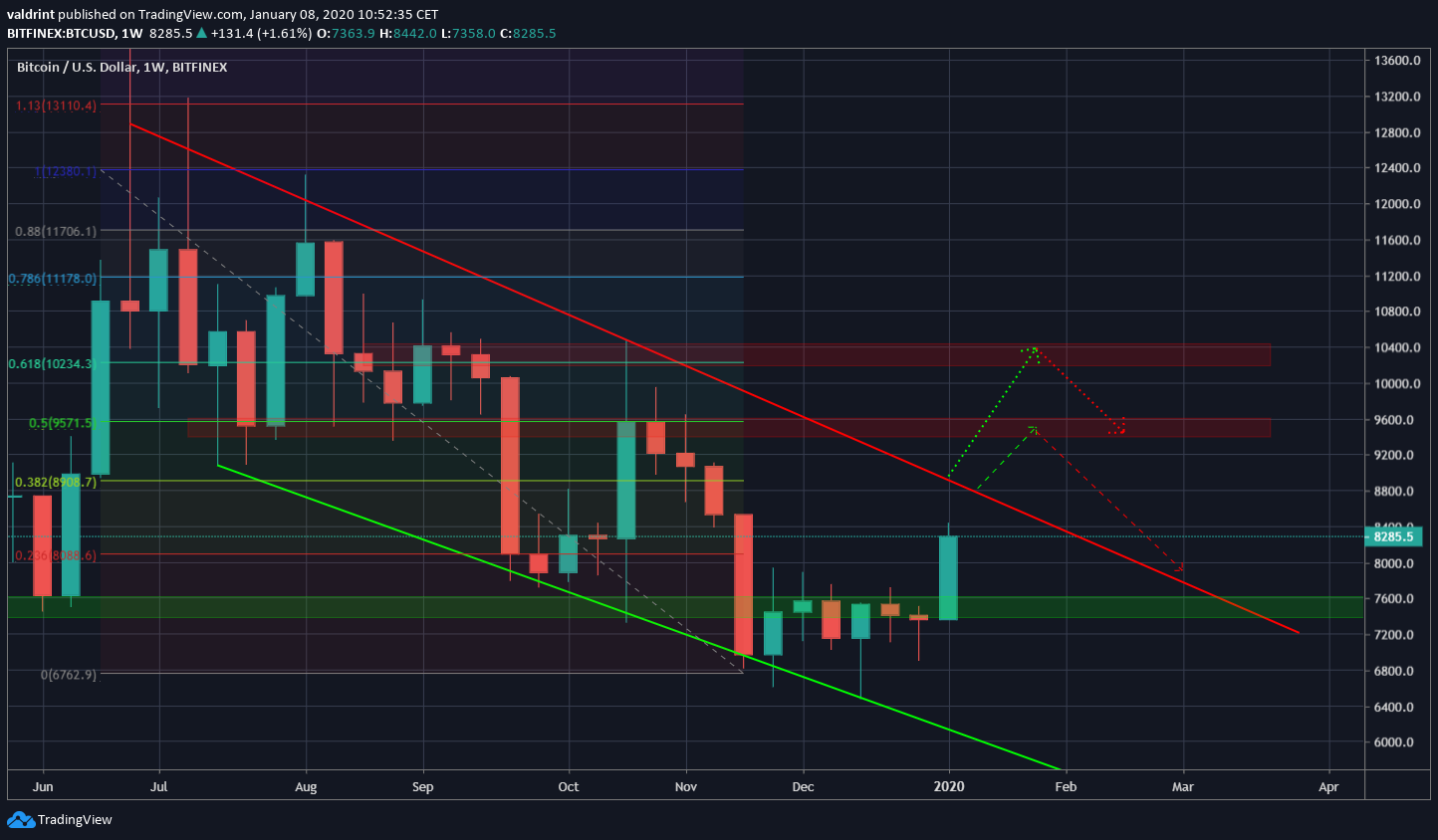 Even if the Bitcoin price fails to move above its 20-week MA, we do not think a decrease below $6000 is likely for several reasons: 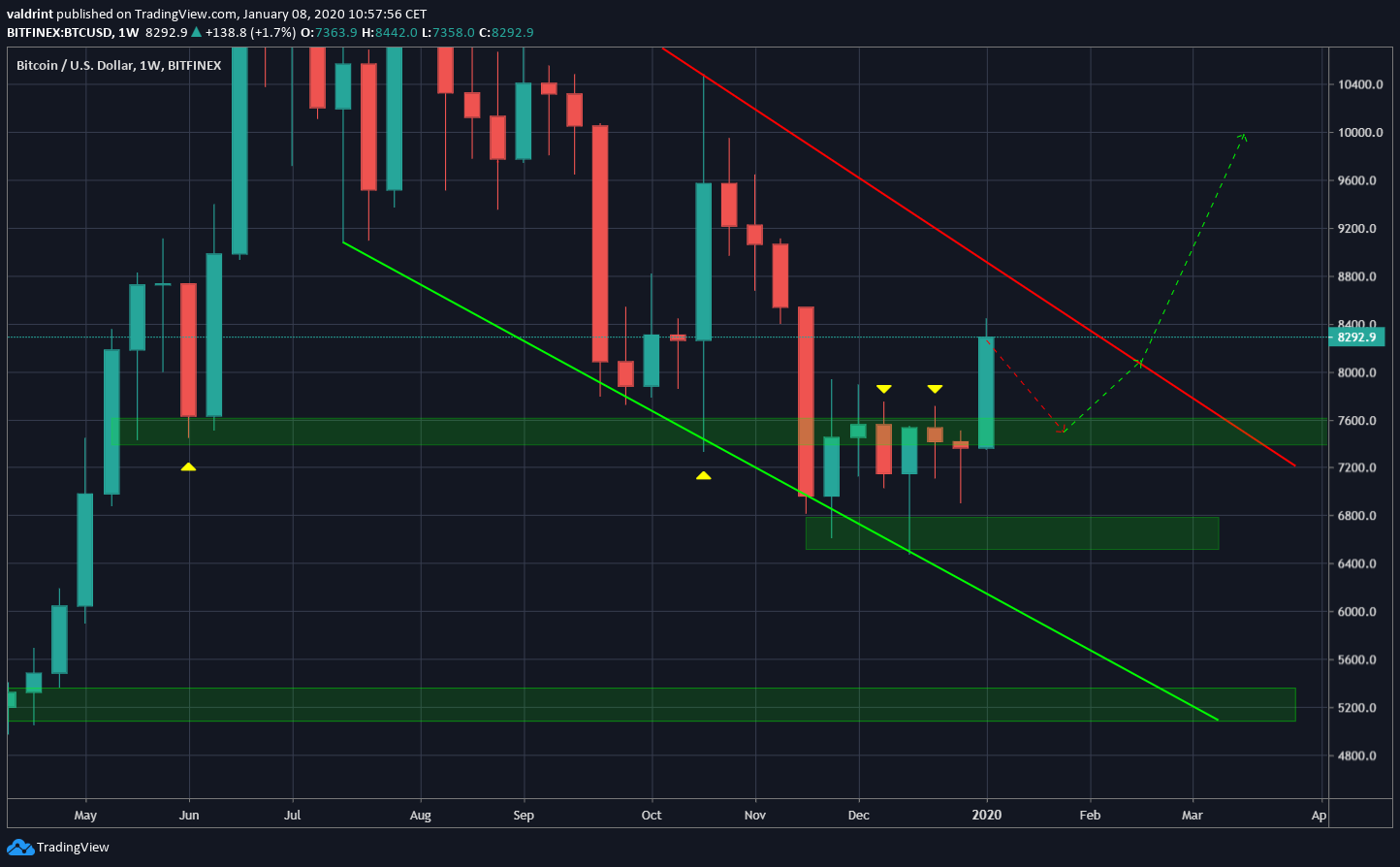 To conclude, the 20-week MA can be used as a gauge of the trend’s direction. A breakout above it and the descending resistance line could take the price to $10,200. Failure to do so would likely retest the $7400-$7600 support area.