Now that Fed flipped the switch on its printing press to “on” mode, investors are circling the wagons in search of an asset that will rise above the heap. Bitcoin

BUY NOW could be it, if recent performance is any indication of what’s to come.

The majority of cryptocurrency assets, along with the entire global financial sector have taken a sizeable hit in the last... More pandemic. No longer are assets trading with any rationale, as the bottom has fallen out across categories. Equities, oil, gold, and cryptocurrencies alike have been indiscriminately tanking in unison for weeks — until now. The Wall Street Journal points out that certain assets have begun to trade more rationally, including bonds and gold, though volatility

We can describe volatility as how much the value of an asset changes over a given time. A volatility index... More persists. 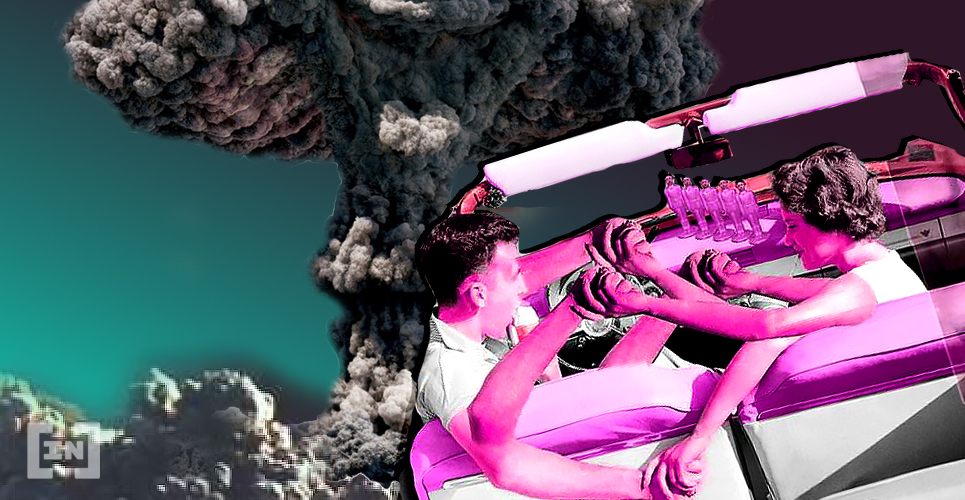 Another asset that is giving investors something to talk about is Bitcoin. BlockTower Capital CIO Ari Paul certainly noticed. Paul published a Twitter thread in which he studied market conditions and offered an outlook for Bitcoin, suggesting that a shift had occurred.

He was prepared to wait a while for stocks to bottom and safe-haven assets including Bitcoin and gold to “catch a strong bid [rise] in a sustained way.” But now it seems that the tide has begun to turn in favor of Bitcoin and gold as a result of Wall Street’s obsession with the inflation

Most people who know anything about the economy have heard the word inflation. It is usually thrown around as a... More that’s sure to rock the economy as a result of the Fed’s stimulus frenzy.

Until today, I was convinced we’d have to wait until at least a few months after equities bottomed for the fiat hedges (gold, BTC) to catch a strong bid in a sustained way. They’re still risk assets, but wall st is focused on inflation and depreciation 10x as much as 2009.

As Paul explains, the economy is facing a one-two inflationary punch of the Fed printing money and waning production, which combined are like a ticking time bomb that could ignite sooner than later. If anything, the Fed has only doubled down on its stimulus efforts as the economy all but comes to a standstill.

The stars could be aligning for the Bitcoin price to indeed “catch a strong bid,” but cryptocurrencies remain risk-on assets. As a result, Paul concludes that it won’t take much for the market to experience a reversal of fortunes, warning:

“With all that said, if equities fall 30% from here, BTC and gold are both probably lower.”

At last check, Bitcoin is holding above the $6,500 threshold for a double-digit percentage gain. If you look at Bitcoin’s performance in the short-term, you would think that it’s business as usual. That short-term performance is a welcome distraction from the losses that the cryptocurrency market has suffered since coronavirus. Bitcoin has shaved roughly 40% off its value in the last month or so.

Cryptocurrency trader and analyst Luke Martin turned the tables on the financial system when he described “the current fiat experiment” that will pave the way for Bitcoin’s long-term success, even if there is some short-term pain along the way. Usually Bitcoin is the asset that is characterized as an experiment.

Businesses shutting down during a pandemic means lower earnings short-term and lower chance of success.

Risk assets selling off during pandemic means lower $BTC prices short-term and, if anything, the current fiat experiment has increased Bitcoin's chance of longterm success.

Monday was a good day for Bitcoin while the rest of the financial markets failed to keep pace, including gold, which at last check was up fractionally. As we’ve said before, a day does not a trend make but string a number of these performances together and it’s clear that Bitcoin is getting its groove back.