Many noticed that Tether

BUY NOW (USDT) seemed to gain some $500M to its market capitalization seemingly out of nowhere on CoinMarketCap yesterday. Bitcoin 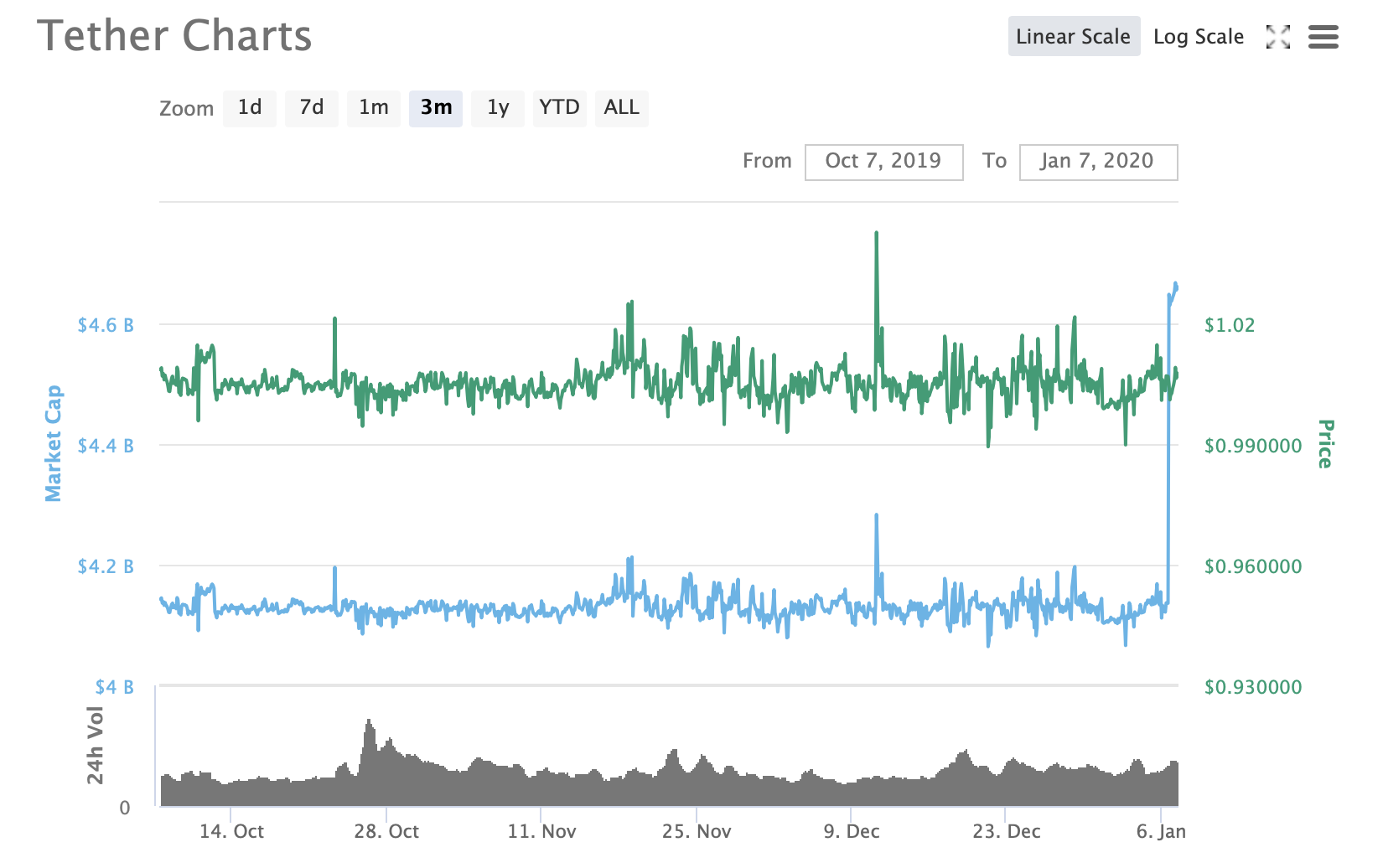 So, it’s clear that this was merely CoinMarketCap updating their metrics and not fresh USDT being minuted. However, it was enough to set off the bots—and Bitcoin (BTC) proceeded to rise just shortly after CoinMarketCap’s update.

Even though CoinMarketCap’s update was not based on new USDT entering the market, cryptocurrency traders certainly interpreted it as such. At 11:54 UTC, CoinMarketCap increased Tether’s market capitalization by $500M. Around 5 hours later, at 17:00 UTC or so, Bitcoin began its upward ascent from $7,600 to $7,950 by 19:54 UTC.

Overall, the circumstances of Bitcoin’s rise yesterday shows just how dependent it is on Tether (USDT) for its rallies as of late. As BeInCrypto previously reported, around 70% of Bitcoin rallies were correlated strongly with fresh USDT minting. It seems clear that algorithmic bots picked up on the increased USDT market capitalization and took it to be a definite buy signal, despite no new UDST being issued at all. This just underscores how robot-dominant the cryptocurrency market has become and how even basic market data can be used to manipulate trading.

Tether (USDT) continues to be controversial, which is why Bitcoin’s reactive rise to CoinMarketCap’s update is so concerning. Tether is facing lawsuits from multiple fronts, and even its co-founder has claimed that it “doesn’t matter” if dollars actually back USDT. Bitfinex and Tether were recently exposed in the notorious Paradise Papers as being the same company—which they begrudgingly admit to now, after the fact.

CoinMarketCap still has not issued a statement on why it increased Tether’s $500M market capitalization so suddenly and without notice. Given that it clearly affected the market at large, this deserves clarification.

Almost $10 Billion in Cryptocurrency Locked in Staking Contracts
#Blockchain News 1 month ago
Up Next
TRON Reaches Resistance: What Happens Next?
Industry 6 months ago
Related News