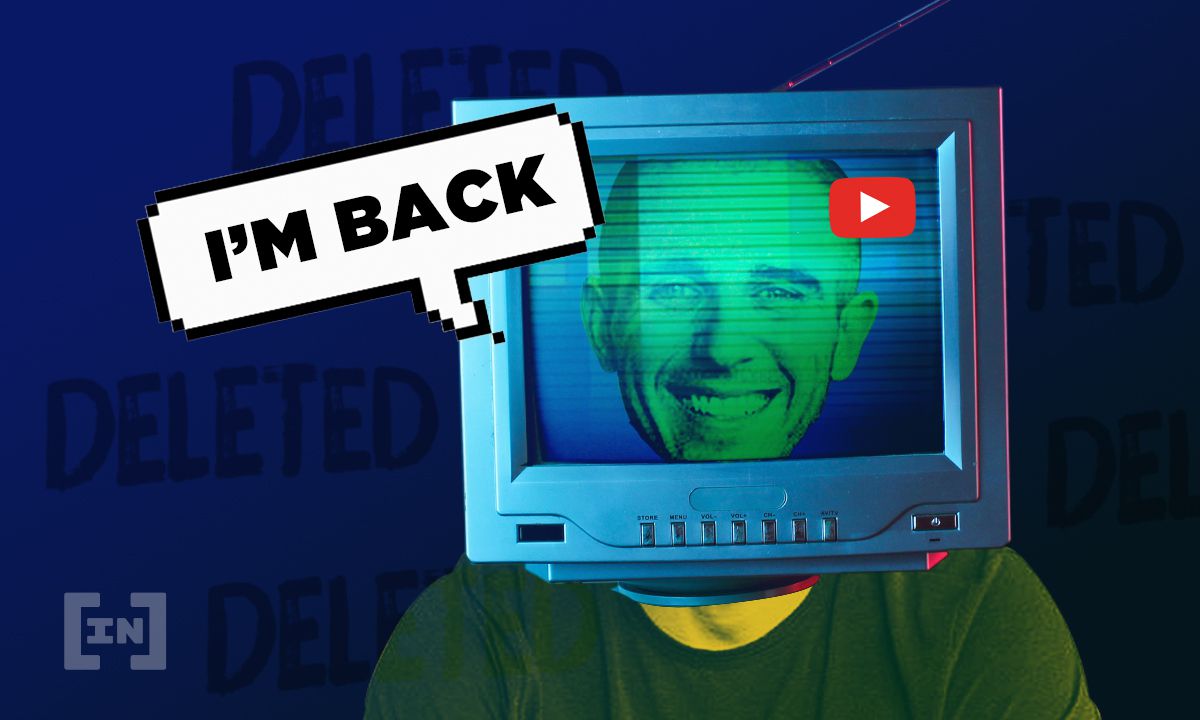 Anthony Pompliano had his cryptocurrency-focused YouTube channel temporarily deleted after the platform called it “harmful and dangerous.” Though later restored, the cryptocurrency community has already launched a salvo of criticism for the censorship.

Morgan Creek co-founder and partner Anthony Pompliano temporarily had his YouTube channel deleted by the platform, according to a Tweet posted on Oct 11. ‘Pomp,’ as he is often called, said that he received an email stating that the content he was posting was “harmful and dangerous,” and the platform referred to an interview with market analyst PlanB. It also stated that he was “encouraging harmful activities.”

YouTube later restored his channel, but first informed Pompliano that he had been given a strike and then another email saying that the channel would be deleted. He also put up the podcast version of the interview for others to determine if the content was, in fact, dangerous.

The Morgan Creek co-founder was unfazed, saying that it ultimately didn’t matter and that bitcoin was inevitable. However, this will raise questions concerning the centralization issues of platforms like YouTube.

Decentralized alternatives to YouTube, like DLive, have begun to gain some popularity, but of course, they are far from eating into YouTube’s market share. This is not the first time that such censorship activities have taken place on Google-owned platforms. And as it was in the past, there has been a great pushback from those in the community.

YouTube has previously removed content related to the cryptocurrency market, including some high-profile individuals in the past. YouTube’s censorship has happened on and off, though it still appears to be a focus in the background.

Tyler and Cameron Winklevoss, of Facebook and Gemini fame, have also roundly criticized YouTube for its censorship attempts. Although Tyler Winklevoss’ Tweets were focused on information relating to COVID-19, the point he was trying to make was that YouTube’s centralized control was a serious detriment. The platform has also censored anti-WHO content.

The cryptocommunity’s reaction has been vehement, with many calling for fairer implementation of rules or a switch to decentralized platforms. Google platforms are not the only ones that have cracked down on crypto content, as Twitch and Reddit have done the same.