After the recent announcement that the Stellar Development Foundation (SDF) had burned roughly 55 Billion XLM, Charlie Lee took to Twitter to point out that based on the math, the SDF had actually increased their control of the coin’s supply by about 8%. This observation was met with some push-back from the XLM community, including attacks on Lee himself.

As BeInCrypto has recently reported, the destruction of roughly half the supply of XLM led to an almost immediate bump in the current market price. The stated reason for this decision “was to be as efficient as possible in our work,” going on to say that “those 55.5 billion lumens weren’t going to increase the adoption of Stellar.”

Controversy Spreads When Lee Does the XLM Math

Shortly after this announcement, famed Litecoin creator Charlie Lee posted on Twitter that, according to the numbers posted by the SDF, the Foundation’s total control of the XLM supply has now increased from 16% to 24%:

50B XLMs burned were supposed to be distributed to the community. Stellar Development Foundation only burned 5B of their own 17B XLMs. This means SDF increased their percent of total coins from 16% (17/105) to 24% (12/50).

Lee is pointing out here that while the total supply dropped from 105B XLM to 50B XLM, SDF’s controlled portion only dropped from 17B XLM to 12B XLM. This means that by percentage, the Foundation now has more of the existing supply than it used to. This, of course, brought claims that centralization was only increasing, which is generally seen as a negative in the crypto world. Considering there was no community discussion before this decision, some are feeling slighted by the SDF.

Other users, however, came out to defend the project, often stating that this interpretation is irrelevant or that the Foundation is free to do as they choose.

1. It doesn't matter from which pot they are burning because 50% of total supply is burned
2. Making their funds open & public for everyone to see is exceptional transparency
3. It increases decentralization
4. SDF is still a non-profit

Lee himself was even attacked for infamously selling his portion of Litecoin during the 2017 bull market.

Can’t SDF do what they want with their coins just like you did with your LTC holdings?

If pumping up the market was part of the plan, it doesn’t seem to be panning out just yet. At the time of this writing, the price of XLM has retraced about 4% over the last 24 hours, making it unclear if the burn will have a significant long-term effect on the price. 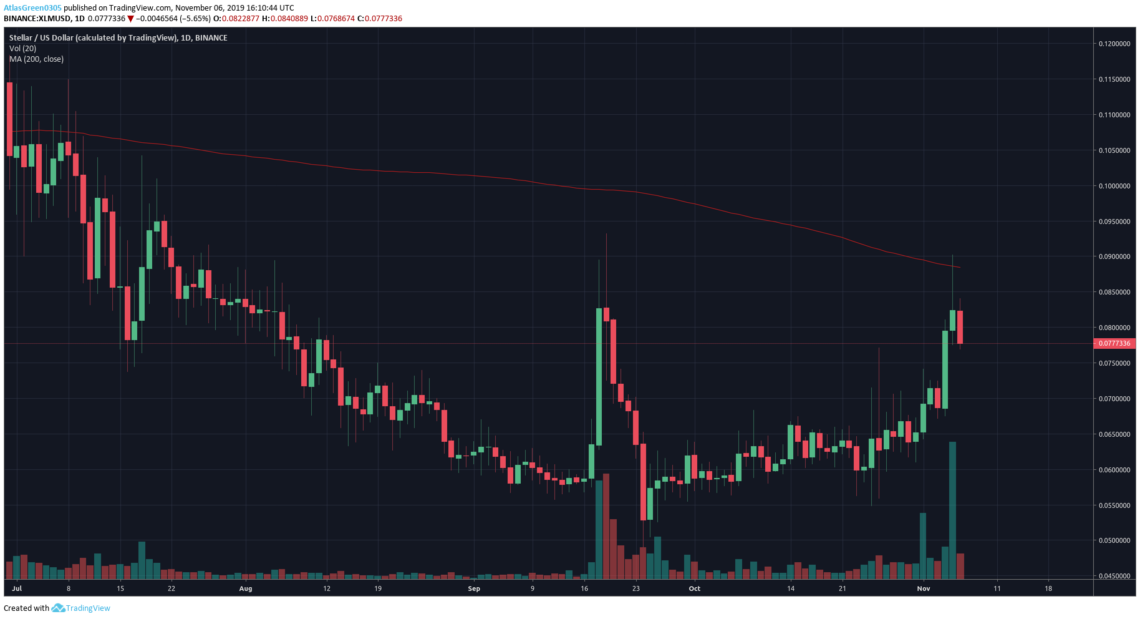 In the end, each user will have to decide for themselves if they take issue with this move by the SDF. One way or the other, the coming months should tell the tale of whether this was a beneficial decision for Stellar, or simply a desperate attempt to prop up the project.

190 Indian Banks Raided in Fraud Crackdown — Can Bitcoin Be an Alternative?