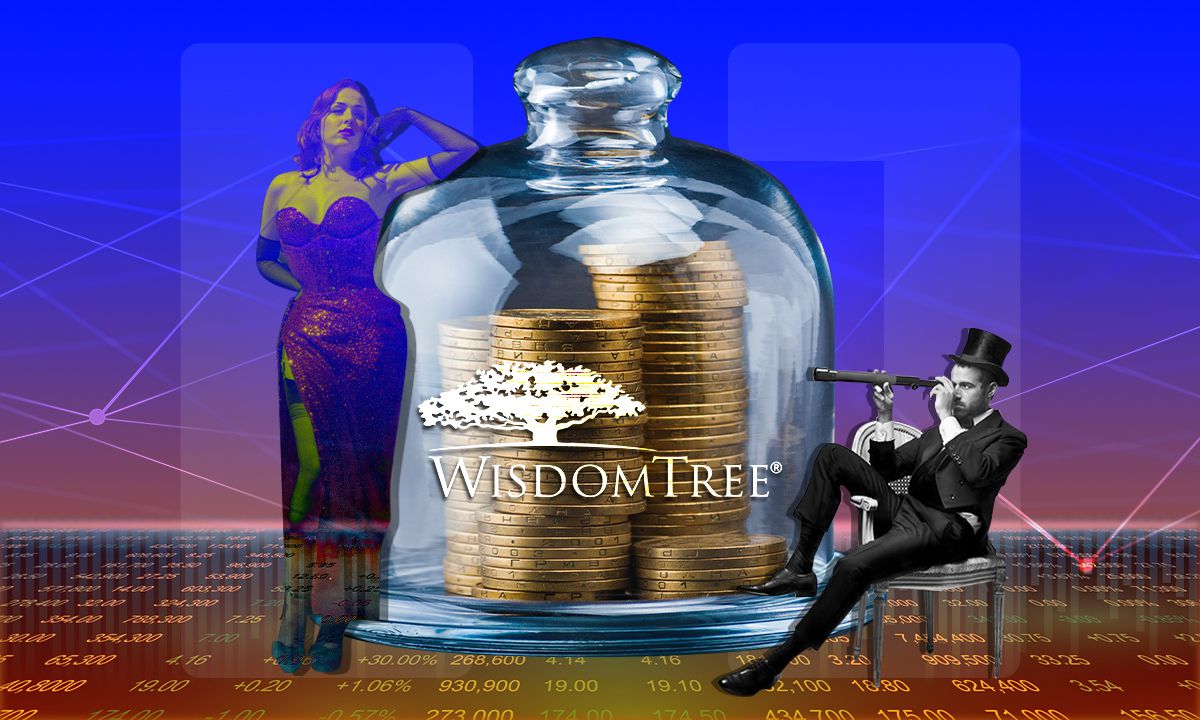 The WisdomTree Bitcoin ETF is one of the most significant ETF applications to hit the SEC desk after VanEck. However, the agency’s cautious approach puts it in the same position as other applications.

Bitcoin ETFs have been a recurring media headline this year, with over a dozen applications flying into the U.S. SEC’s office in 2021.

Market stakeholders understandably see this as a decisive moment in the history of bitcoin. Offering direct exposure to the asset in a way that is easily accessible to the still untapped wider public would offer it an enormous boost in exposure and legitimacy.

However, that ease of access is precisely what the SEC is so wary of. WisdomTree Investments, based in New York, is another one to join this throng of applications, submitting in May.

Launched in 2006, WisdomTree has a long history of providing products enveloping both domestic and international equity, currencies, commodities, and other securities. Its assets under management total $74 billion, and it is one of the largest providers in the U.S.

WisdomTree already offers bitcoin ETPS. These are currently listed on the Swiss Stock Exchange, Xetra, as well as the Euronext exchanges in Paris and Amsterdam. Like other firms, WisdomTree has not had trouble outside the U.S. market, with Europe and Canada particularly accepting bitcoin products.

The European product and the proposed U.S. product are largely the same. If there are any changes, it only appears to relate to specific jurisdictional requirements. It provides custody solutions for institutions, holds the assets in cold storage.

One notable difference is that these European bitcoin products use the CME CF Bitcoin Reference Rate. This is the same rate underlying the settlement price for the most liquid bitcoin futures. The WisdomTree Bitcoin Trust uses another reference for determining prices.

The recent expansion into cryptocurrencies is in keeping with the firm’s spirit to offer a broad swathe of products.

Given the ticker “BTCW,” the WisdomTree Bitcoin Trust shares many of the same characteristics as other bitcoin ETFs and has been filed with the Cboe BZX Exchange.

The asset manager has explained that the shareholders will have a simple, secure, and cost-efficient way to gain exposure to bitcoin’s price. The product will be physically backed by bitcoin.

The methodology used to determine price includes using equally partitioned observation periods to calculate the volume-weighted media of all transactions within each partition.

Following this, the arithmetic mean of the volume-weighted medians will determine the final value. With these steps, it expects that transactions at outlying prices or large trades do not have an excessive effect on the price levels.

Shares in the trust will be based on the CF Bitcoin US Settlement Price. This is calculated using the aggregation of executed trade flow of five major bitcoin spot exchanges. The WisdomTree Bitcoin Trust will not purchase or sell bitcoin directly.

The firm is keen to stress, like many market participants, that a bitcoin ETF would counter some of the worries that the SEC has with respect to the crypto market.

However, the SEC’s latest delay pushes the decision back to fall, with no specific date offered. It again asks for commentary from investors and industry experts. Though it’s unlikely that this will budge the SEC from its typical position of disapproving applications.

When will the next WisdomTree ETF application update be?

WisdomTree first filed its application in March 2021, at a time when several other ETF applications began weighing on the SEC’s desk.

The WisdomTree bitcoin Trust application has so far been delayed twice, the first in June 2021 and the second a month after. As it did with other applications, the SEC asked for public commentary to help its decision process.

This is not WisdomTree’s first ETF application. The company filed for an ETF that would invest up to 5% of its assets in the CME’s bitcoin futures contracts. It has also filed for an ether-based ETF, like VanEck, the other high-profile firm filing applications.

In a notice related to the filing, the SEC listed several risks that were deemed pertinent to the decision-making process.

These are the common points of fraud and manipulation prevention in the market, manipulation of the ETF itself, and the predominant influence on prices in bitcoin markets.

The current impression from the SEC’s decision to delay multiple ETFs is that it is prioritizing a more general regulatory framework more than these individual applications.

The discussions, recommendations, and statements of the past few weeks display the U.S. government’s position rather well — regulate the market.

The SEC plays a key part in this joint effort to — as officials have said — protect investors, prevent the facilitation of criminal activity, and ensure that the market is free from manipulation.

This is a tall order for a strikingly different novel asset class. So officials prefer to “get it right” rather than implement a jury-rigged approach. Countries — see Malta and El Salvador — have been criticized for what is deemed a hasty approach to enabling crypto assets.

Interestingly, some analysts think that an ETF will be approved this year. There’s nothing from the side of the SEC that indicates this at all.

If anything, the agency could only approve an ETF after it publishes regulation guidelines in concert with other governmental bodies. Certainly, SEC Chairman Gary Gensler has made his thoughts on investor protection and market manipulation known.

An ETF decision sooner rather than later

There is one silver lining in this. The SEC is likely to offer a decision this year. It may not be the approval that investors are seeking, but it tells the market more about the agency’s stance.

As mentioned, regulatory efforts will guide the decision. WisdomTree’s application will probably sit right alongside other major applications, like Grayscale, which is working on offering a bitcoin ETF.

There has also been a considerable push from the side of market participants, who argue that ETFs would offer a safer route of investing and help create a more regulated market.

Not much has happened with respect to the SEC’s concerns about the market in the past few months. So it’s unlikely that the regulatory body will be swayed.

However, the decision will come soon enough as the SEC is compelled to decide to handle the several applications soon.

WisdomTree may or may not be the first bitcoin ETF to be approved in the U.S. However, it will be among the front runners and should see listing once regulation is in place.