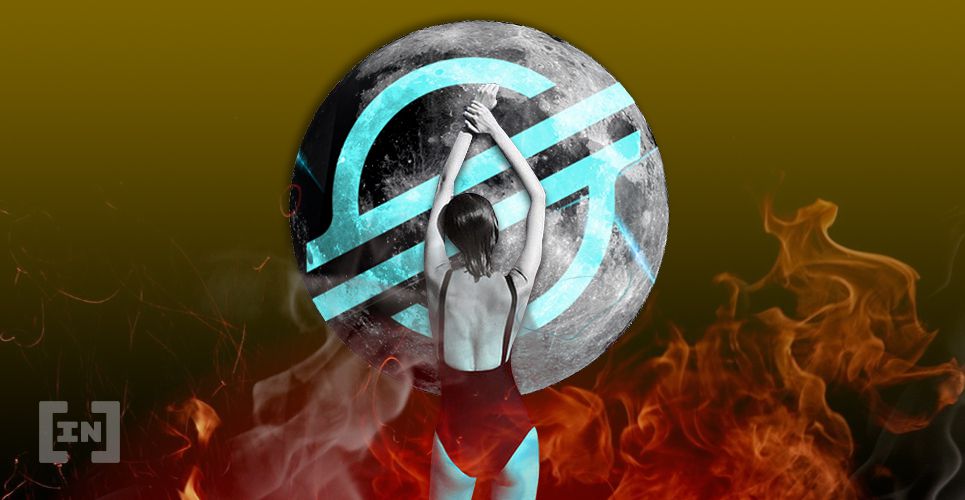 The Stellar Development Foundation (SDF) announced yesterday that it was burning more than 50% of the 105 billion total supply of XLM, leaving only 50 billion existing lumens.

The SDF said that the smaller quantity of coins would not interfere with the current mission of the foundation. Additionally, the foundation has halted its airdrop and giveaway programs, which previously accounted for nearly 70 billion lumens.

The decision came after a previous proposal that disabled the network’s inflation mechanism since its proceeds went to individual or SDF accounts rather than the projects being built in the Stellar the ecosystem.

The XLM price initially surged as a result of the news but has retraced since. However, its future outlook seems bullish and the uptrend may be confirmed with a breakout above the resistance area at 900 satoshis.

Twitter account Weiss Crypto Ratings (@WeissCrypto) stated that the network had upgraded its protocol at the beginning of November.

On Nov. 1, the #XLM network upgraded to Protocol 12— path payments are now symmetrical, inflation is disabled, and node monitoring has improved. This led to a surge in prices – however, #Stellar is still in the bear market. #StellarLumens

Additionally, the account stated that this caused a surge in prices, but many believe that the aforementioned decision to burn coins was the catalyst for the surge.

Nevertheless, let’s take a closer look at the XLM price and gauge its future potential.

The XLM price has been increasing steadily since reaching a low of 554 satoshis on Sept 6.

Since then, it has twice reached the resistance area at 900 satoshis, decreasing each time and creating long upper wicks. 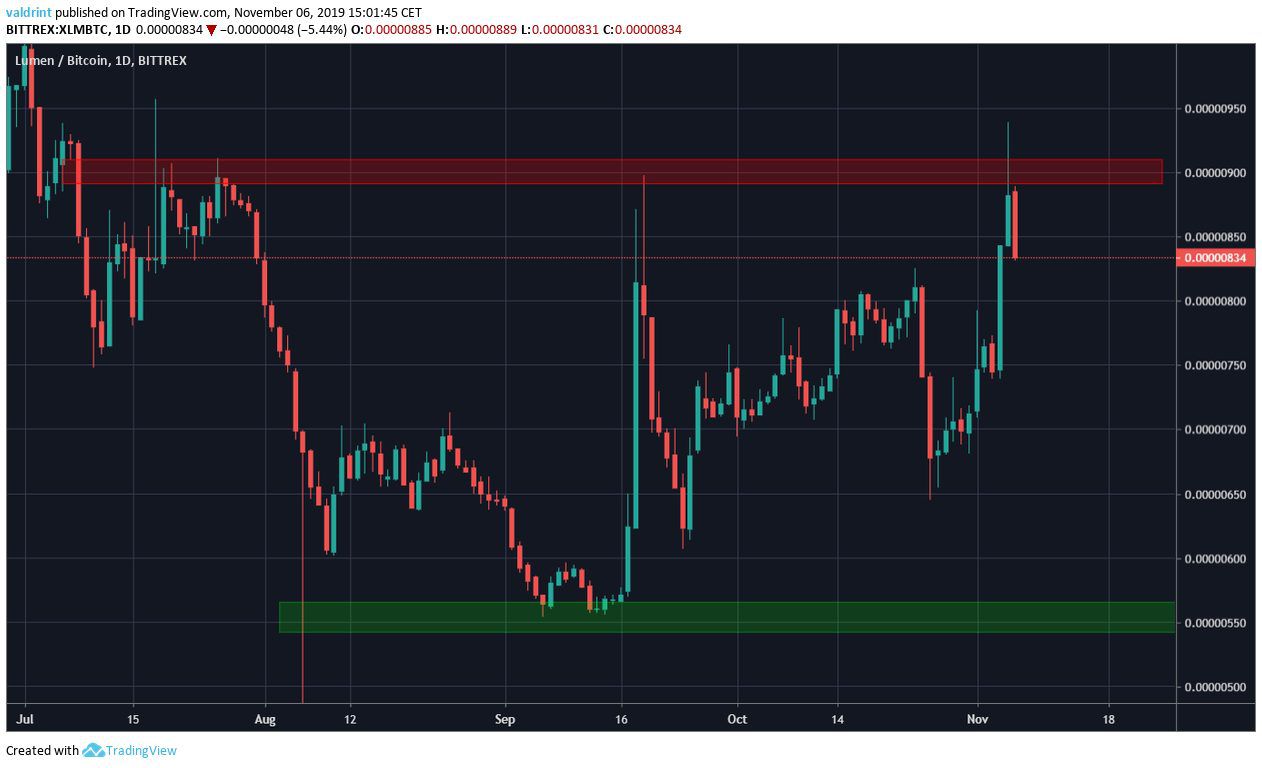 The technical readings are still a bit peculiar.

There is a bearish divergence in the RSI, however, it is present in both the identical highs at 800 satoshis and the higher-high of 935 satoshis.

The trend-line of the first divergence has been broken, but the higher-high created another.

While this makes it likely that the current move will not be successful in moving above the resistance area, it does not invalidate the possibility of a breakout in the future. 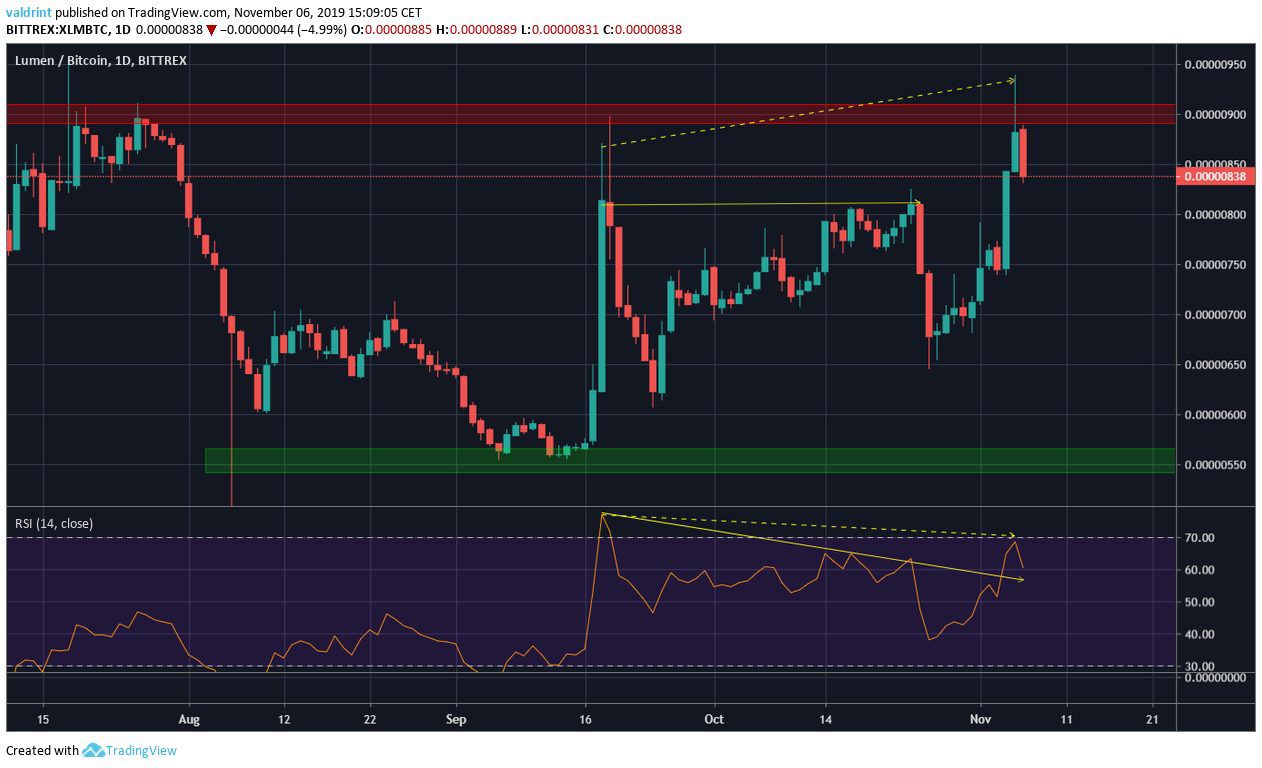 Therefore, XLM is likely that we will see a retest of the support area at 800 satoshis followed by an attempt at breaking out above the current resistance at 900 satoshis. 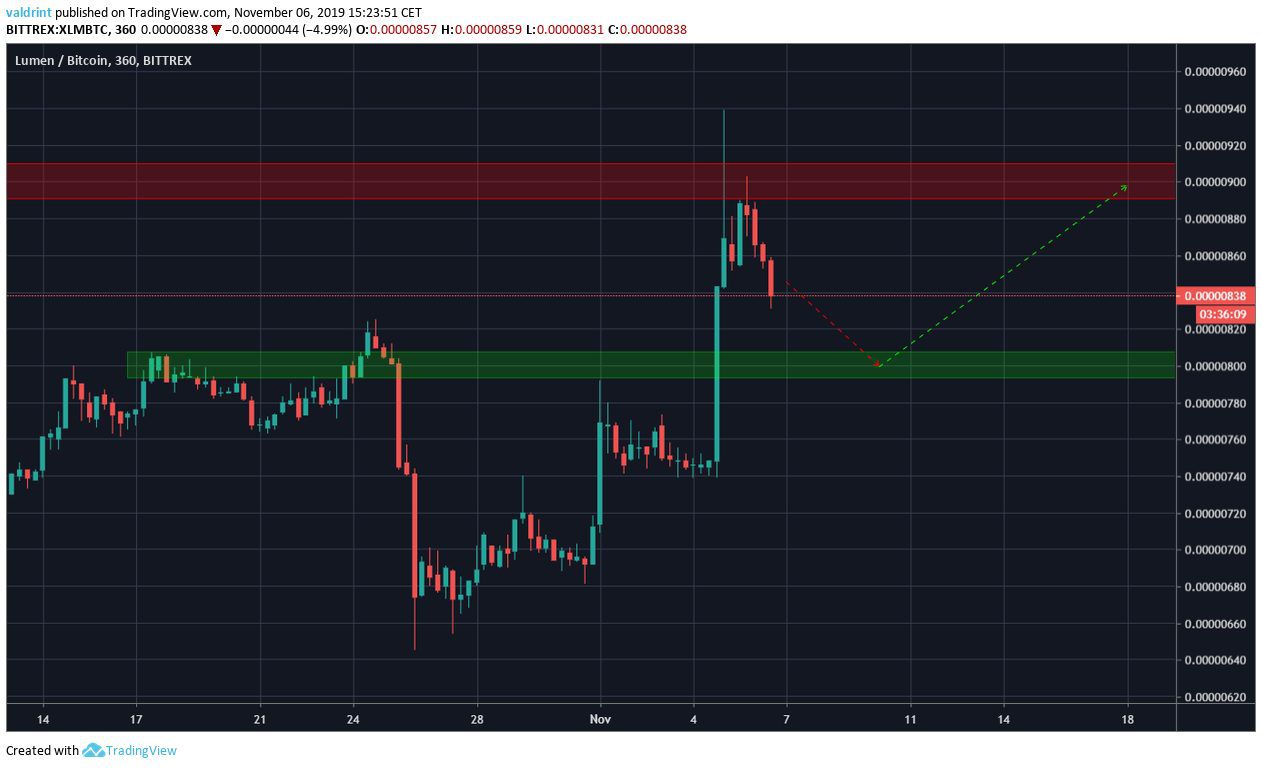