A majority of voters from both sides of the political spectrum feel more confident in crypto donations than they necessarily do about their politicians and political parties, according to a recent survey by clover.com.

In the heated season of U.S. elections, like the mid-terms just recently, all apparatus of the political system come under scrutiny; campaign finance is no different. There is already a litany of federal and state regulations surrounding campaign funding, but the lack of a consistent approach to cryptocurrency donations indicates ambivalence among the country’s electoral institutions.

In order to gauge how U.S. voters feel about the legitimacy of cryptocurrency as campaign contributions, clovr.com — an iGaming and eSports token website — surveyed 1,023 registered voters with several different political affiliations.

Considering the survey was conducted by a website associated with the cryptocurrency community, we can infer that there is likely a bias in favor of cryptocurrencies on behalf of the respondents. Bearing this in mind, the results are still illuminating. 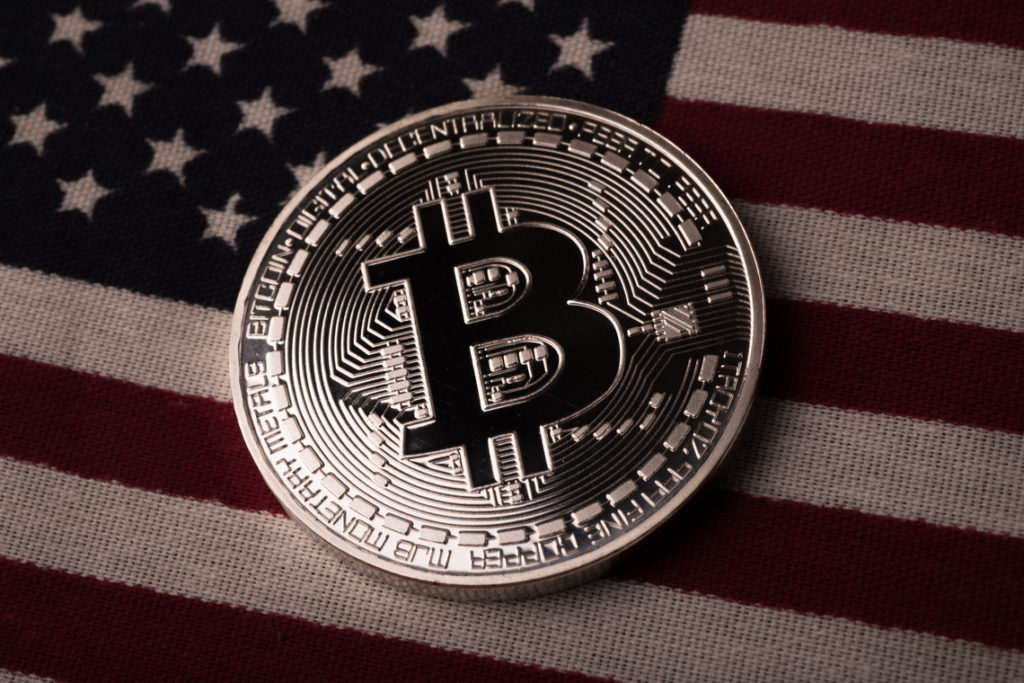 60 percent of those surveyed feel that cryptocurrency should be considered on equal footing with U.S. currency as a viable form of monetary contribution, though 21 percent disagreed.

Established by the Federal Election Commission in 2014, the current federal regulation states, with regard to bitcoin in particular, that up to $100 was permissible as an ‘in-kind’ donation, per person, per elections cycle.

As an ‘in-kind’ contribution, cryptocurrency is not considered legal tender, but rather a good or service in the same vein as donated items, subsidized rent, and other miscellaneous equipment and supplies.

The FEC being the governing body only for federal elections, states are able to determine regulations for themselves — though most have to follow the federal statute.

One exception, in relation to the ‘in-kind’ consideration, is Tennessee, which has enacted regulation legitimizing ‘digital currencies’ as a form of monetary contribution. Enthusiasts hope others will follow this example. 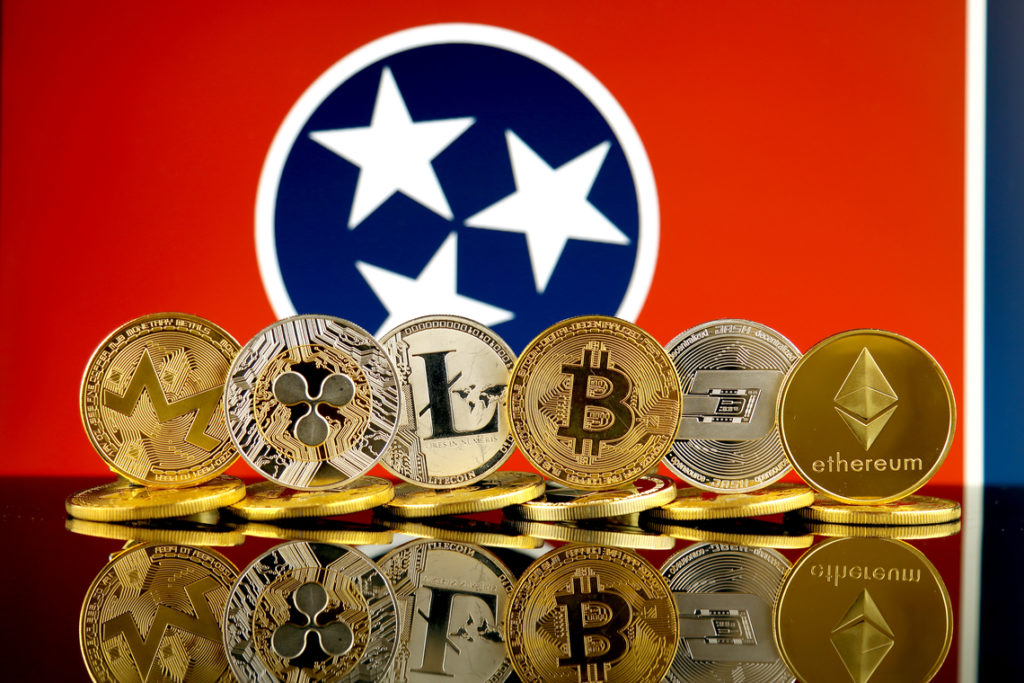 Some states, however, feel differently about the issue entirely, especially when it comes to matters of cryptocurrencies’ security, such as their validity and the capacity for anonymity on the donor’s part.

In October 2017, the Kansas Governmental Ethics Commission rejected the use of cryptocurrency in financing campaigns.

(Skoglund must not be well-versed in finance, as in fact, a majority of the world’s monetary value exists in the format he just described, however much of it is backed by governments.)

Only 26 percent of survey respondents agreed with this sentiment, while 54 percent considered cryptocurrency secure enough to be used for political purposes, with a jump to 73 percent among those who reported being extremely familiar with cryptocurrencies.

Along political lines, 63 percent of Republican respondents were in favor, while enthusiasm was a bit more diluted among Democrats — a trend in most of the results of the survey questions — of whom only 52 percent favorable.

The survey commented that it considered those who reported themselves as Independent to be “Libertarian-minded,” a charge your correspondent considers differently. Though Libertarians may be among them, Independents can also be left-wing, such as democratic socialist Senator Bernie Sanders, or even resolutely centrist, like former Mayor of New York Michael Bloomberg. Independents, on the other hand, are those who don’t affiliate strongly with either of the mainstream parties, — either because they can reconcile ideas from both, or have more polemic convictions. That said, only 45 percent of Independent respondents felt convinced of cryptocurrencies’ security. 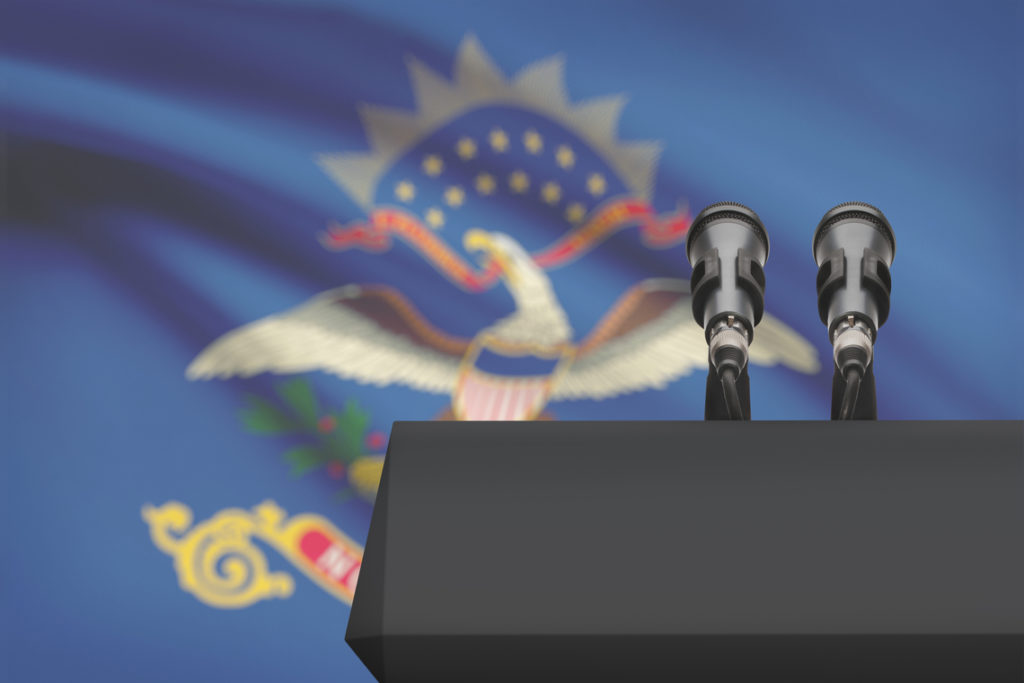 As Skoglund mentioned, the fact that cryptocurrencies experience drastic fluctuations in value is a matter of serious concern regarding their legitimacy as monetary contributions.

Those who have an extreme familiarity with cryptocurrency and Republican respondents were the only groups of whom a majority felt cryptocurrency was stable enough to be used for political purposes, with 62 percent and 52 percent feeling so, respectively.

Overall, 42 percent of respondents agreed. Among Democrats, that number drops to 40 percent, which is also the figure for Independents who don’t share the others’ opinion.

With regard to how a cryptocurrency ought to be valuated, the FEC’s ruling shares this aspect with the Tennessee ruling, Senate Bill 674, Sections 2(a).

As prices stabilize over a longer term, industry experts are confident in the wider acceptance of cryptocurrencies.

Cryptocurrencies are only the latest development in the increasing alternative means of contribution to political campaigns.

Due to the increased prominence of the internet in society within the past ten years, people have become much more accustomed to donating online with their credit and debits cards. Prior to this, it was primarily done with cash or check.

The number of Americans donating to political campaigns has also risen accordingly, with those reporting having contributed to a political campaign jumping from six percent in 1992 to 12 perfect in 2016, according to recent statistics.

When asked if the allowance of cryptocurrencies would have any bearing on whether they increased their political donations, either in likelihood or amount, the enthusiasm was rather underwhelming. For increasing likelihood, there were only 27 percent of Republicans, 25 percent of Democrats, and 22 percent of Independents, which dropped to 22 percent, 16 percent, and 12 percent, respectively, when considering an increased amount.

Respondents were also queried about their preferential means of donating if cryptocurrencies were made available; that is, would they stick with dollars, go with crypto, or a combination of both. 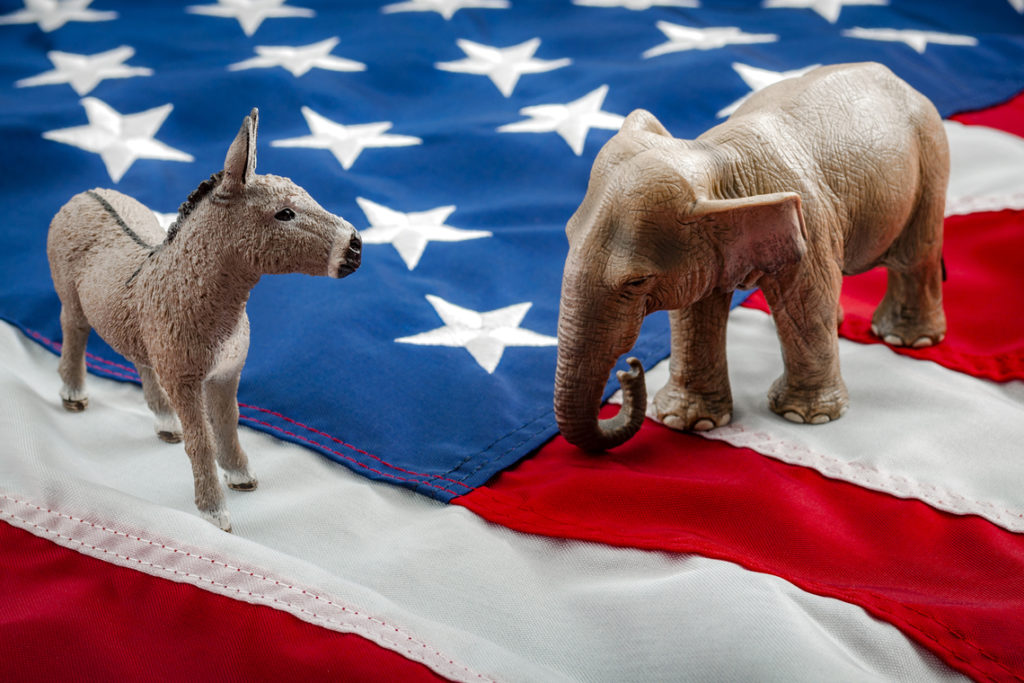 Foreign Interference and Illegal Use

In regard to the issue of security mentioned earlier, a prominent suspicion regarding donators’ capacity for anonymity is that it will increase the likelihood of foreign intervention in domestic elections — particularly after the controversy surrounding alleged Russian interference in the 2016 Presidential election.

As impassioned as some respondents may have been regarding the allowance of cryptocurrency donations in the American political process in reference to the previous questions, a majority harbored no illusions this time, with 60 percent overall saying its allowance would increase the occurrence of foreign interference. The percentage rose to 66 percent among Democrats, 64 percent among cryptocurrency experts, and fell to 58 percent among Republicans and 56 percent among Independents.

The concern doesn’t cease merely for foreign interference, but domestic misuse was also reported to be an issue; indeed, more broadly among the respondents’ political affiliations, with 64 percent, 62 percent, and 61 percent of Independents, Republicans, and Democrats, respectively, feeling that cryptocurrency was more likely to be used illegally than U.S. dollars.

Abuse by Party or Politician

Although the survey question did not specify in what way the respondents thought that cryptocurrency might be used illegally, another two questions were posed about two potential abusers specifically — politicians themselves, or their political parties.

With mistrust of politicians being particularly common these days, it’s no surprise that 64 percent of respondents felt that politicians would take advantage of using cryptocurrency illegally if given the opportunity. The percentage bumps up to 70 percent among Independents, and 66 percent among Democrats, but drops again among Republicans to 56 percent.

When considering whether political parties themselves would similar take advantage of illegally using cryptocurrency donations, overall respondents were a bit less suspicious, with 56 percent feeling that this would likely be the case.

When asked about each party particularly, the figure rises for each, with respondents feeling a 90 percent chance that Republicans would abuse the use of cryptocurrencies. The Democrats are not let off much as easier, as this figure only drops to 83 percent. The Libertarian and Green Parties also figure into this question, but since they’ve never wielded significant power on the national stage, and cannot thus be held responsible for the recent decline in confidence, the figures accounting from their likelihood of cryptocurrency misuse falls at 63 percent and 60 percent, respectively.

The results then become most interesting, as the question is broken down into another tier; asking the same thing, but according to the respondent’s own political affiliation:

The table clearly shows some partisanship at work, with the harshest appraisal for each party coming from another. Clearly, Democrats and Independents feel very strongly that the Republican party, of whom respondents in the survey were most favorable towards the legitimate inclusion of cryptocurrency in the political process, were highly likely to abuse their use if given the opportunity.

However, Republicans didn’t let up too much on themselves either. The Democrats are similarly suspect, with figures only dropping slightly overall. And likely, for reasons similar to those mentioned just prior, the smaller parties are cut a bit more slack.

How do you feel about the use of cryptocurrency in political campaign contributions? Do you agree with survey respondents of a similar political stance? Let us know in the comments below!

Nick is an Oral Communication Skills Professor and Data Science Specialist in Budapest, Hungary with an MSc in Business Analytics. He is a relative latecomer to the field of cryptocurrency and blockchain technology, but is intrigued by its potential economic and political usage. He can best be described as an optimistic center-left skeptic.Email him!