In September 2019, the VeChain (VET) price reached an all-time low of 34 satoshis. Since then it has been gradually increasing, currently having done so by 150% relative to the low.

The rally seems to have stalled and the price is at a crossroads. A breakdown below the current pattern would indicate that the price must first retrace before attempting to move higher.

Full-time trader @CryptoMichNL stated that the VET price has moved above a significant resistance area and is aiming for 100 satoshis.

Dropped a bit lower than the point of interest, but all good.

Might potentially make a giant flag structure, in which I'd be aiming green zone for a potential entry again.

If so, targets are 100 satoshis from there. pic.twitter.com/Zn2UAeVonk

Will the price get there? Continue reading below in order to find out.

On September 9, the VeChain price reached an all-time low of 34 satoshis. It began a gradual increase, which intensified at the beginning of November.

The main resistance area is found at 100 satoshis. This area acted as support until May 2019, when the price flipped and validated it as resistance.

Additionally, there is an absolutely massive bullish divergence in the weekly RSI deep into the oversold area. This suggests that the price has likely made a bottom and will begin an upward move. 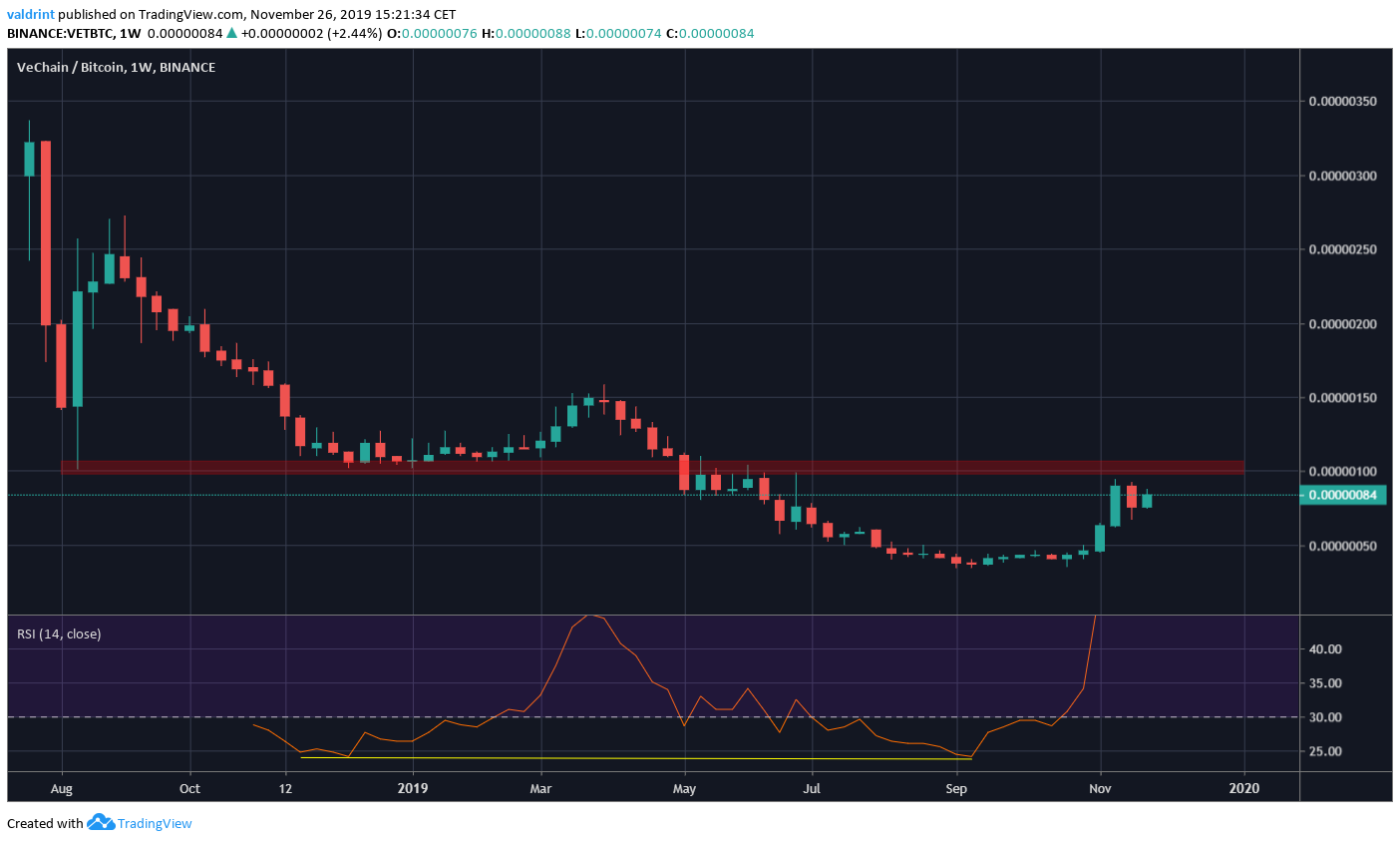 Looking at a lower time-frame, we can see a developing symmetrical triangle.

While the support line has been in place since the original low, the resistance line was created after the 94 satoshis high on November 14.

This upward move is supported by the bullish cross of the 12- and 25-day moving averages (MA) and the fact that the price is trading above both of them. 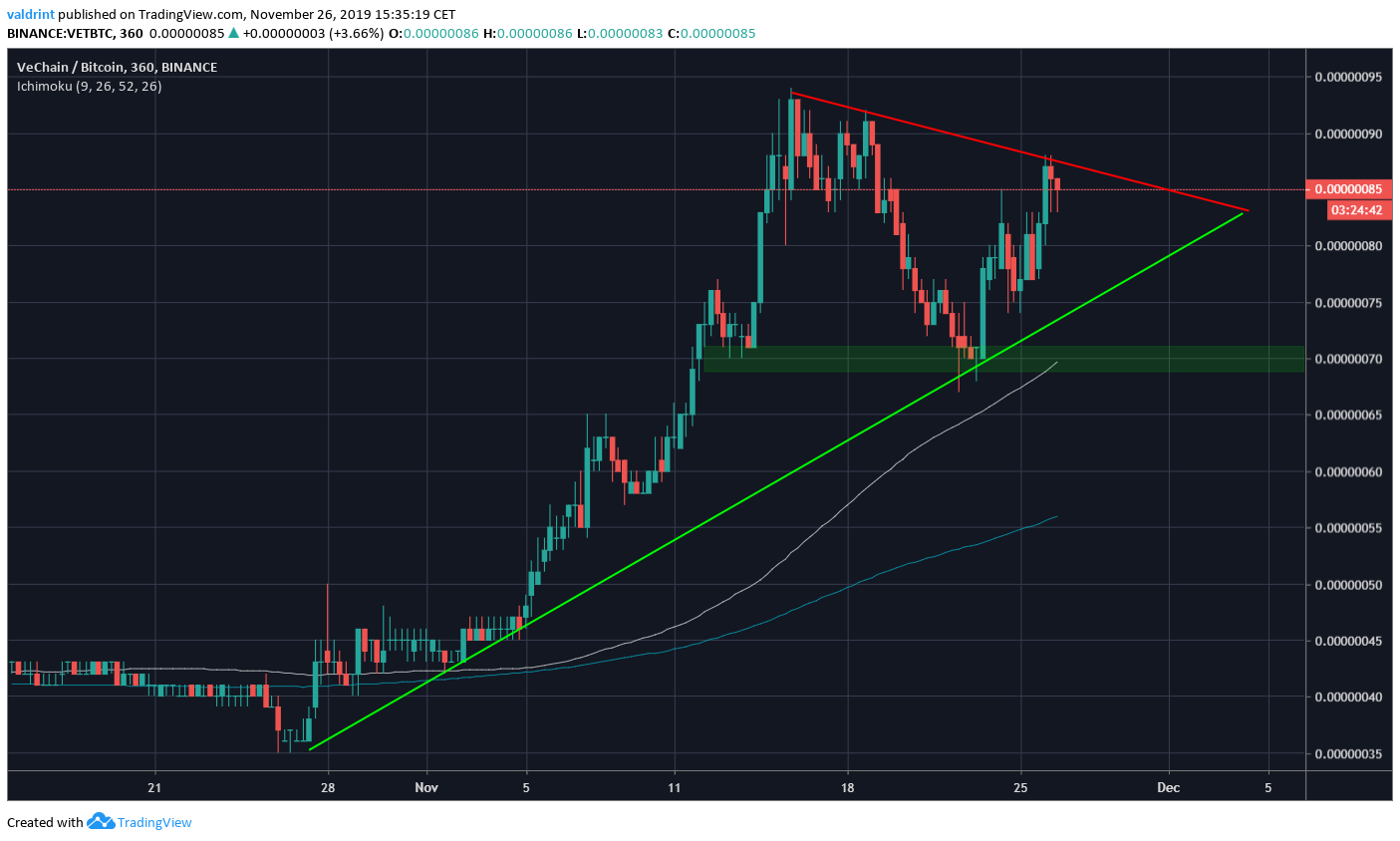 However, a breakdown below 70 satoshis, both a support area and the 12-day moving average would invalidate the possibility of reaching the resistance area and indicate that a retracement has begun.

This would likely be the C-wave of correction and suggest that we have already completed a five-wave Elliott formation. 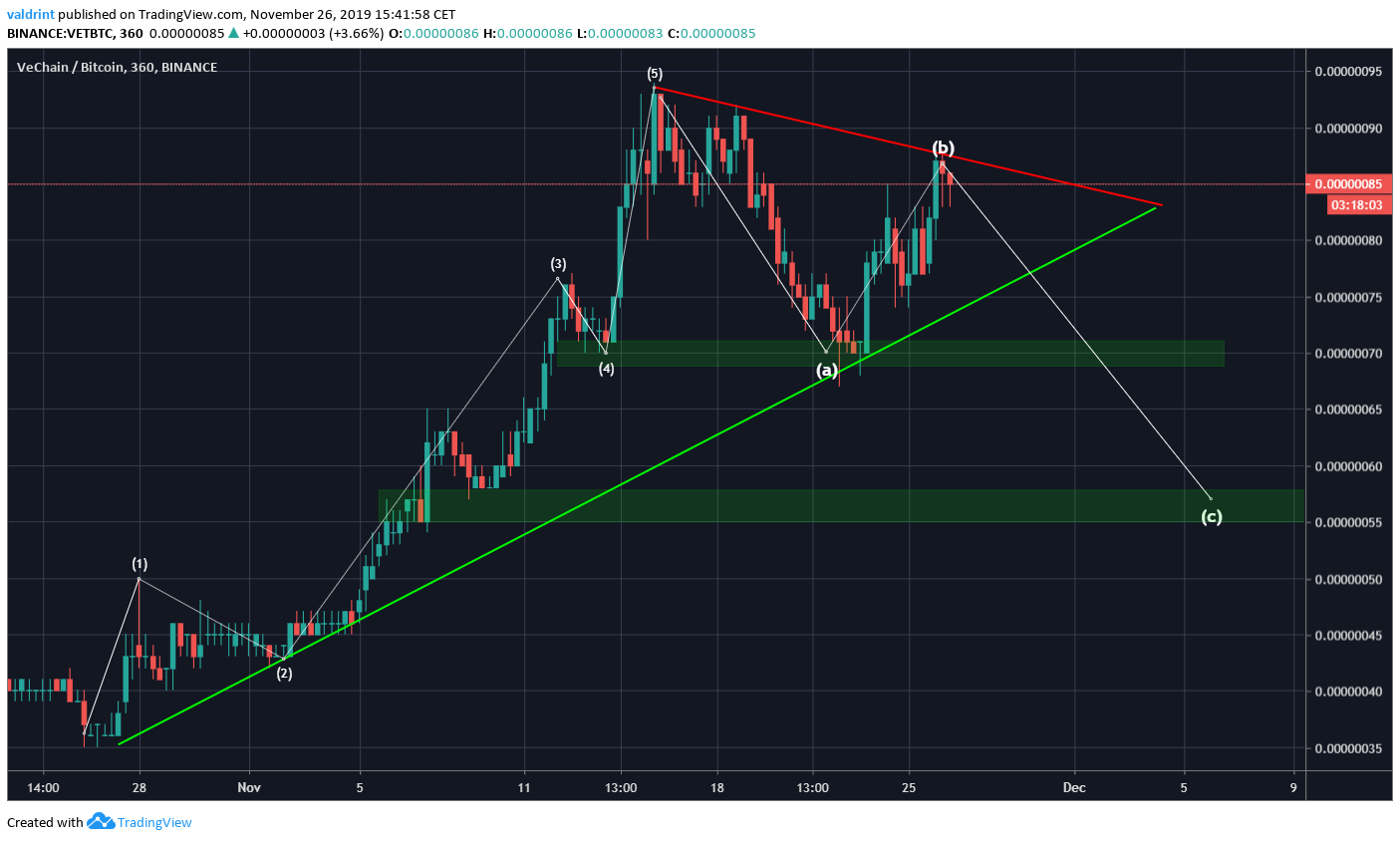 To conclude, the VeChain price is at a crossroads. While it looks as if it will continue its current uptrend towards resistance, a breakdown below 70 satoshis would likely indicate that the upward movement has ended in the short/medium-term.