By Anton Lucian
5 May 2020, 09:15 GMT+0000
Updated by Gerelyn Terzo
5 May 2020, 09:15 GMT+0000
In Brief
The national debt of the United States is about to pass a milestone. It will soon surpass $25 trillion.
U.S. national debt continues to grow at an unprecedented rate. With the COVID-19 pandemic rattling global economies, many nations have taken on massive debt burdens to cover for it. The United States has been no exception, and its debts have ballooned this year as a result.

At the time of writing, the United States is at the precipice of hitting $25 trillion in national debt. Debt per citizen, at the time of writing, stands at around $75,600 or so. The debt-to-GDP ratio for the United States is currently at 116%. For comparison, it was only 34.5% in 1980. That’s an astronomical increase. As Mati Greenspan, founder of QE,  wrote on Twitter — Whether or not this debt bubble will burst in the near future remains to be seen. However, it is now at historic levels thought impossible just a few decades ago. Paradoxically, the demand for the U.S. dollar remains high, likely because we are amid a deflationary crisis. However, when the dust settles, it could easily swing the other way toward inflation. Mati Greenspan told BeInCrypto recently:

The current economic paradigm seems to be dependent on debt financing. Governments have been racking up more and more debts across the board. As BeInCrypto reported in November 2019, global debt reached a record $250 trillion then. By January 2020, this number had already increased by another $3 trillion. The economic fallout of COVID-19 will inevitably push these already incredible debt levels higher. 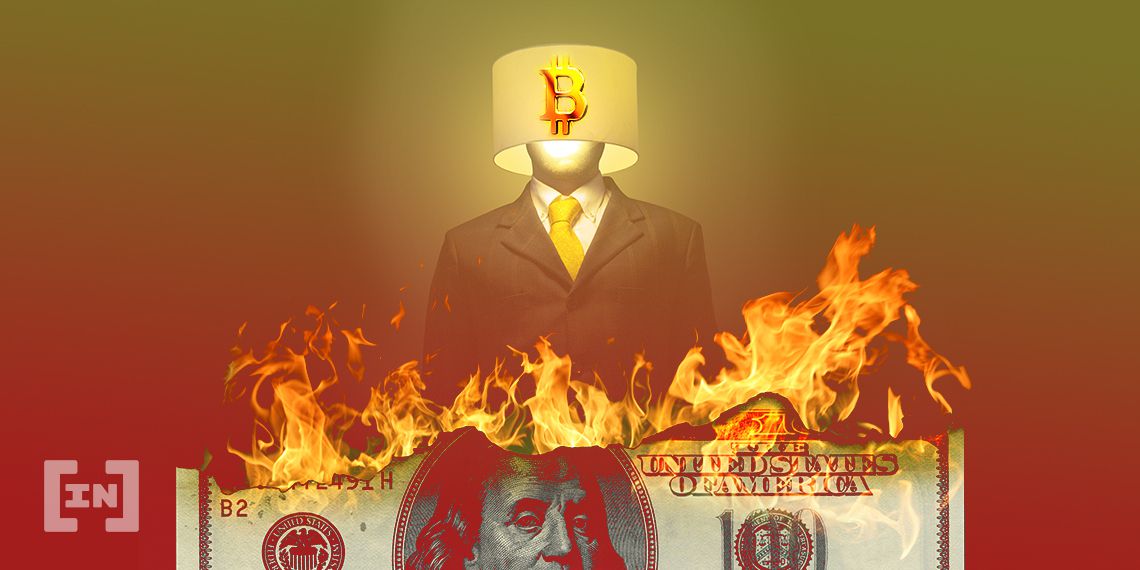 High debt levels are usually associated with inflation. Indeed, the number of dollars in circulation has exploded since the Great Recession. As BeInCrypto reported in February, the money supply has doubled since 2008.  Whereas decades ago we would have been held hostage by these debts, there are now luckily alternatives to fiat. As Andreas Antonopoulos told BeInCrypto in an exclusive interview, the monopolistic currency system “died on Jan. 3, 2009.”  We no longer have to be tied to the dollar. It’s not clear how these unsustainable debt levels will be resolved, if ever. For now, the United States is still in a strong position as the world’s leading economy. However, once the cracks begin to show, the situation could easily spiral out of the control. A debt-ridden economy is never sustainable and we are now at historically high levels—with no clear way to turn back.