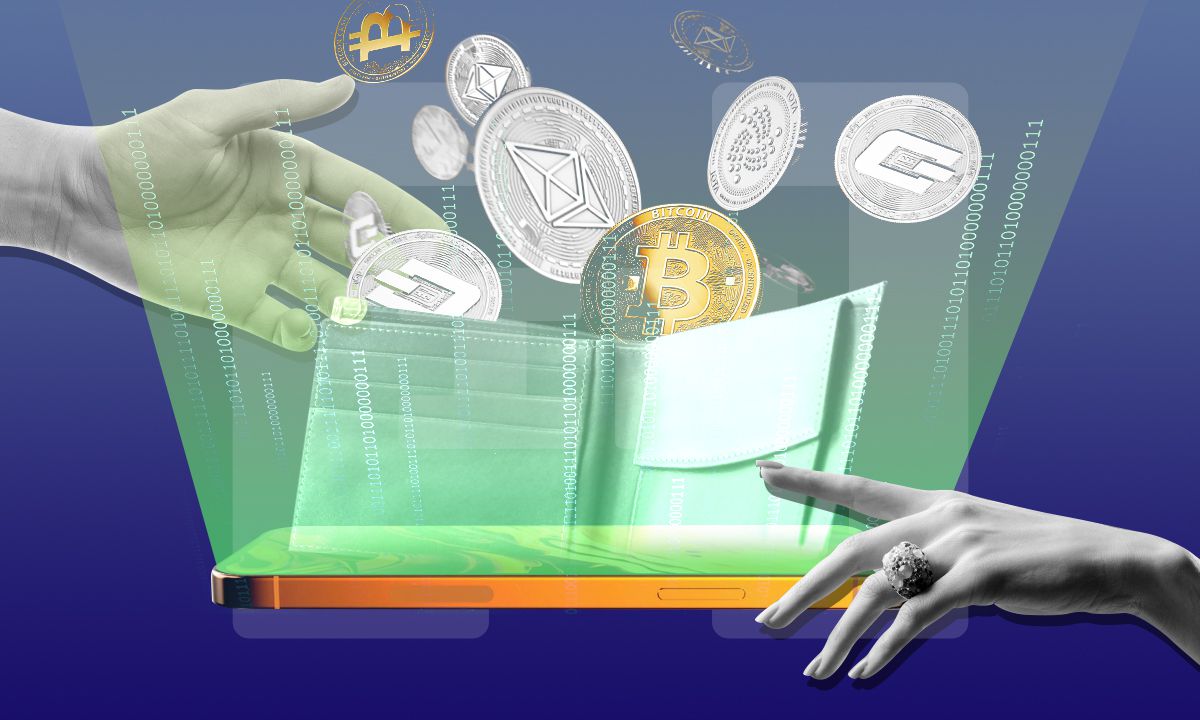 As the world of cryptocurrency continues to expand rapidly, different sectors are taking notice. One interesting demographic taking the plunge into digital currencies is professional athletes.

All it took was a four-word tweet, “Pay me in bitcoin,” for former Carolina Panthers player Russell Okung, to get the crypto community talking. With those four words, he changed how some athletes look at the structure of their contracts, especially when it comes to adding crypto.

The idea had been mentioned before the May 2019 tweet. However, Okung became the first United States pro athlete to really make a push to be paid crypto, specifically bitcoin.

In December 2020, Okung followed up his previous tweet with one that read “paid in bitcoin.” His wish was granted. He was allowed to divert his salary to purchasing bitcoin with help from mobile payment firm Strike.

“Money is more than currency; it’s power,” said Okung in an announcement about the payment.

“The way money is handled from creation to dissemination is part of that power. Getting paid in bitcoin is the first step of opting out of the corrupt, manipulated economy we all inhabit.”

It is worth noting that Okung’s tweet stating he will be paid in bitcoin is slightly misleading.  The Panthers did not pay him directly in bitcoin.

Instead, Carolina diverted half of his salary to Strike, and only then was it processed into bitcoin.  A slight but important difference. At the time of the deal, Okung would have been handed around 240 bitcoins at $27,000 each.

A few other athletes have followed in Okungs footsteps, such as Sean Culkin and Ifunanyachi Achara. However, one NFL rookie is grabbing the most attention.

The Jaguars’ number one pick in the NFL draft, Trevor Lawrence, will have his signing bonus sent right to Blockfolio to be converted into bitcoin.

His bonus was $24.1 million, almost 85% more than Okungs entire contract. At the time of the draft, that would have bought him north of 400 bitcoins.

Some pros are feeling the squeeze after bitcoin’s crash

The hype surrounding athletes’ announcing their intentions to be paid in crypto has been overwhelmingly positive. However, crypto’s crash a few weeks ago caused a bit of pain.

The notoriously volatile crypto market experienced a significant crash that wiped around $1 trillion from the market. Bitcoin alone, which makes up for around 40% of the global crypto market, was hit hard. It declined 30% to its lowest point since January.

The dip affected all investors equally as far as percentage loss is concerned. However, some lost hundreds, while others millions. The fresh batch of pro players who have recently taken payments in bitcoin mostly fall into the latter category.

Patrick Mahomes was one such player who vented his frustration on social media. He tweeted a very appropriate GIF of Michael Scott from The Office tearing up with the caption “Crypto this morning.”

While he isn’t paid in crypto, he did launch an NFT collection. He has also long been a trader and supporter of cryptocurrencies.

On the flipside, Okung took the crash in stride. He didn’t consider it anything more than a mere blip when looking at the bigger picture.

When he signed his deal, bitcoin was trading around $35,000. So, the crash really just put him back where he started.

The millions he lost were almost all profit from his original $8 million bitcoin payment.  Okung took the opportunity to make the most of a bad situation.

Instead of having a social media freakout, or selling the coin he had, Okung bought the dip.

“I’m investing more into my future self,” Okung tweeted. “Bought the dip.” Luckily for him, bitcoin has since rebounded around 22% since he doubled down.

Spencer Dinwiddie with a unique approach

Athletes being paid in crypto is not only beginning now. Back in 2019, Brooklyn Nets guard Spencer Dinwiddle requested his $34 million contracts not be paid in crypto but rather tokenized.

The idea was based on a simple, yet at the same time, complex question. Would you invest in an NBA player’s contract?

Dinwiddie came up with the idea himself and would allow people to invest in his three-year contract with Brooklyn. The investment would function in a similar way to those who invest in treasury or corporate bonds.

Basically, investors would be paid back their initial investment in monthly installments plus interest. Dinwiddle would, thereby, receive investors’ funds before his payments from the team were even doled out.

Essentially he is paid earlier via a strange form of crowdfunding. He would then use those funds to invest in various platforms to, hopefully, earn enough to pay investors and take home some extra for himself.

The proposal would permit Dinwiddie to convert between $5 and $13.5 million into an investment platform.  Therefore, somewhere between 60% and 85% of his contract would remain a is, while the rest would become the basis of a security.

The league did fight back against this proposal but, eventually, the two came together and hammered out a deal.  He was allowed to create 90 tokenized shares of his contract, which were available for $150,000 each.

While only nine of the 90 tokens eventually sold, it was a big step toward integrating crypto into sports contracts. Albeit in a unique way.

The future of crypto contracts in sports

So, what does all this mean for the future of cryptocurrency contracts in sports, and what might they look like in the future?

As pointed out above, these players aren’t exactly being paid in crypto. Rather, they are allowed to deposit their earnings directly into a wallet for conversion or trading.

For players to literally be paid in crypto, many changes or amendments need to be made to the collective bargaining agreements of each league. These agreements are deals struck between the league, teams, and players that set guidelines for everything from dress codes to contracts.

If athletes have a real chance at truly earning in bitcoin, there need to be more positive results from teams, leagues, and players.

Teams like the Sacramento Kings and their approach to crypto will need to spread to other organizations within the NBA and U.S. sports landscape alike.

The Kings announced last year that any players or employees of the team could opt to be paid as much of their salary as desired in bitcoin.

While there has been no confirmation that any player or employee has taken up on their offer, the effort will go a long way.  With each team transitions towards crypto, each following organization will have an easier time making the transition.

As Spencer Dinwiddie learned, this process is not a quick one.  Also, each league and its players’ unions are unique and will require custom solutions.

Despite the snail’s pace, it is likely just a matter of time before more players can convince their respective leagues to make crypto payments an option.