Trump’s ‘Miracle Economy’ May Turn Into An Economic Recession

Although analysts are optimistic looking at GDP and corporate profits, the state of the overall economy is looking shaky at best. With low labor participation rates, the market’s bottom may be ready to fall out into an economic recession.

Everywhere you read, recession fears have been squashed by perceptions that the current market is stable. Some analysts have stopped short of describing it as something of a miracle — given that, just last December, it seemed as though a downturn was imminent.

President Trump likes touting his Tax Cuts and Jobs Act of 2017 as the reason for the strong economic numbers. However, everyday Americans are not seeing their savings improve by much. In fact, personal taxes have remained higher than ever before — despite corporate tax income plummeting.

If you're still wondering who really got a tax cut….. pic.twitter.com/lb2h3ubCt6

The unemployment numbers are commonly cited as an indicator that the economy is on a strong footing.

However, an equally important metric is the labor participation rate. Not only does the United States have historically low rates, but they have not improved at all — despite the economic recovery. Additions to payrolls have been negligible.

In short, currently-strong GDP numbers are being artificially boosted by lower corporate taxes. Everyday Americans are experiencing benefits only as a drip from the topmost gains among the richest firms. Sadly, this will likely dry up before most Americans can even utilize these marginal benefits.

Nothing Was Fixed During The Last Economic Crisis

Arguably, what led to the economic crisis of 2007-08 has not been addressed. Instead, it has been glossed over with corporate tax cuts and artificially-low unemployment rates.

Banks are still over-leveraged. Income gains are still disproportionately going to richest Americans. The structural oligarchies which were responsible for putting out bogus ‘investment packages’ have only consolidated their capital.

None of the fundamentals have changed. Instead, how we view them has — to our detriment. What we desperately need are alternatives. 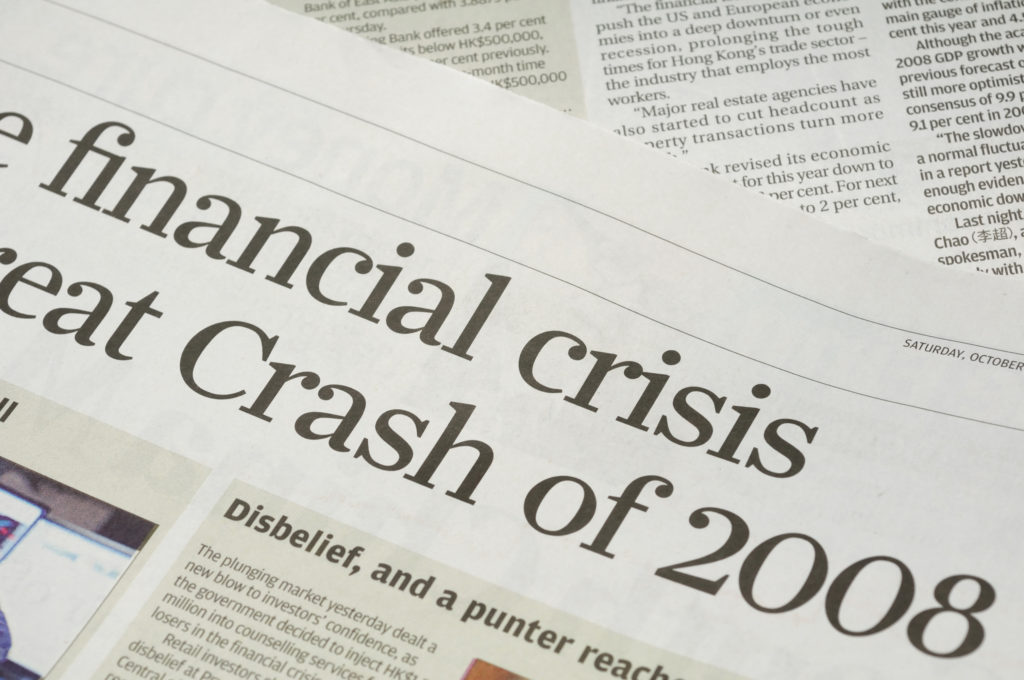 Bitcoin and Decentralized Solutions in the Next Economic Recession

Capital investments need to be expanded so everyone can participate in growth. Decentralized solutions need to replace financial conglomerates who take risks which the masses disproportionately pay for when crises hit.

Despite our digital age where information moves in real-time, finance has not caught up. Instead, it has only solidified its hold on global markets and entrenched itself even further. It has socialized risks while privatizing rewards.

All alternatives ultimately involve a paradigm shift to a decentralized model — one where no centralized entity can make and set the rules for the majority. Our current economic foundations are lopsided by design, not by accident.

Bitcoin (BTC) and its distributed-ledger technology can arguably change these fundamentals.

Do you believe an economic recession will come in the coming year or two? Let us know your thoughts below.

Cardano Moves Above 500 Satoshis: Is a Breakout Incoming?

The ADA price has increased by more than 10 percent over the past week....

Bitcoin Versus Fiat: A Case of Devaluating National Currencies