The world economy experienced a meltdown last week that saw almost all assets fall across the board. Let’s look at which ones were the most affected.

Coronavirus fears have infected the entire global economy, whipping it into a hysteria unlike anything we’ve ever seen before. Depressed demand coupled with strict travel restrictions may induce a recession as the U.S. financial system officially enters a bear market.

So, which were the worst-hit asset classes during this tumultuous week? Let’s investigate.

Bitcoin Leads the Market in Losses

Firstly, we have to talk about the elephant in the room: Bitcoin. Aside from a small number of stocks, Bitcoin has been the worst-performing major asset across all markets.  A week ago, Bitcoin was trading for around $9,000 but has since dropped to $5,270 at the time of writing. That’s a drop of around 42% in just a span of a week –something of a record in the cryptocurrency market.

This has happened much to the disappointment of those who maintained Bitcoin was a possible store-of-value during times of crisis. Sadly, it tops our list for the worst-hit asset class during last week’s historic global market rout. 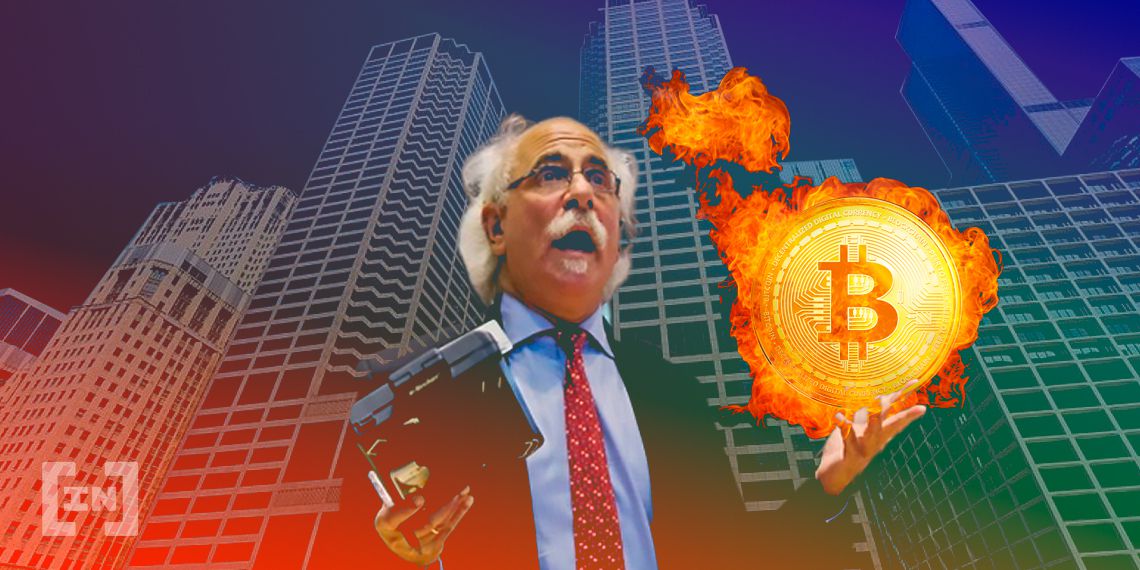 Ethereum, however, saw equally shocking losses. The leading smart contract platform lost 44% in a single day. Still, it performed better on the week than Bitcoin and was down 38% on the weekly. In all, the cryptocurrency market saw catastrophic, record losses last week.

Part of the reason for the decline is due to the collapse of the travel industry, which has taken a drastic hit in the financial markets. Altogether, travel giants and their industrial producers have seen drastic declines due to depressed global demand. Cruise-related companies, in particular, have been hit hard.

Let’s put these unbelievable numbers in perspective. Norwegian Cruise Line Holdings saw losses of 52.9% on March 12 alone. Technically, it tops our entire list for the worst losses out of any single financial instrument. Throughout 2020, it has dropped 83.5%, making it the worst investment of the year thus far.

Cruises have had to cease their business activities due to the coronavirus pandemic. Cruise ships are much like ‘floating Petri dishes’ which allow for the disease to easily spread. The public rage has only intensified these losses for the travel industry.

Russia and Saudi Arabia decided to cynically flex their geopolitical muscle by starting a price war amid the coronavirus pandemic. Saudi Arabia is flooding the market with oil in an effort to destroy its competitors. The result has been a price collapse for oil not seen in decades.

Brent crude oil is currently trading at around $36 per barrel, a 24% drop for the week. It is the biggest weekly drop since December 2008. [Economic Times] If coronavirus was not happening, this would be front-page news but has become a mere backdrop amid the turmoil.

Experts are fearing that the price could further plummet to $20 a barrel if a deal between the OPEC+ countries is not reached. As of now, the oil price war is expected to go on for months.

Metals have taken a serious hit in the past week amid the market meltdown. It seems as if nothing was spared, not even gold.

Gold dropped some 8.67% for the week; silver dropped a whopping 16.09% for the week as well. Platinum saw losses similar to silver.

Gold is generally thought to be a safe haven during times of economic calamity but dropped along with the rest of the market last week. However, some gold bugs maintain that it will rise once things cool down and a recession is assured as it did in 2008. This prediction remains uncertain.

Palladium is a chemical element, a rare and silvery-white metal that is often used in various industrial products. Catalytic converters in automobiles, for example, need palladium.

The fact that palladium has a limited supply has made it an attractive investment for commodity buyers. However, it performed exceptionally poorly last week – so poorly, that it leads all industrial-related commodities in losses.

Palladium shed some 33.98% of its value last week in a stunning decline. By comparison, other popular industrial commodities like zinc, tin, or aluminum lost some 3-5% in value.

Across the board, global stock market indexes showed a drastic fall last week. Of course, Italy was the first hit – its FTSE MIB fell some 23.92% for the week and is currently down 36.36% for the month at the time of writing.

Not far behind is Austria’s ATX, Poland’s WIG, and Belgium’s Euronext BEL 20, which all fell above 20%. Europe’s stock markets therefore led the world in losses last week as it becomes the new epicenter for the coronavirus pandemic.

The Dow Jones in the United States, however, is not far behind. It fell by almost 16% for the week after a surprise rally on Friday. However, many are arguing it is a dead cat bounce with more losses to follow as the coronavirus situation worsens.

The losses for the Dow Jones were being led by Boeing, which saw an 18% decline. This was after news surfaced of the company requiring an extra $13.8B credit line. It was the biggest drop for Boeing since 1973. [Yahoo Finance]

There obviously were not many market winners last week. However, digging deep into the data, there were some unexpected safe havens that proved resilient despite the global calamity.

Amid the oil price war, natural gas proceeded to tick higher and was up 8.11% last week. However, natural gas still represents a tiny fraction of the entire energy market. It has also proven itself relatively independent of oil, a somewhat new development that only started to manifest in the last decade or so.

Natural gas was the only energy-based commodity in the green for the entire week. However, it is still down 30.44% for the year so it’s not all good news for the ‘natural gas revolution’ led by the United States.

Yes, you read that right – tea was a major winner last week and was up some 8.19% for the week.

Tea, however, is not a quickly appreciating asset by any means. In fact, it tends to oscillate between an expected band, which has been the case since 2008. Since it became widely traded as a commodity, however, it has seen some gains. It’s an unexpected winner amid the coronavirus economic calamity and seems to be ‘doing its own thing.’

Rhodium is the dark horse of the commodity market and seems to still be consistently posting gains. BeInCrypto reported that rhodium posted 220% in gains in 2019. That stunning bullish momentum just keeps going in 2020, irrespective of the rest of the global economy. That’s impressive.

Rhodium was up over 13% this past week amid the market meltdown.

Rhodium is increasingly being used for the production of electric vehicles and other high-tech products. Therefore, it’s very scarce and has high demand, which has pushed its price higher and higher. For comparison, rhodium was trading for $7,000 per ounce at the start of the year and is now trading for a stunning $13,800.

Fear in the Market Remains at Historic Highs

Markets now have a weekend to cool off. Whether or not these losses will intensify remains to be seen, but the global outlook seems grim. Depressed demand could bring entire economies to a standstill as travel and economic restrictions to contain the coronavirus continue.

The ‘state of emergency’ situation in the United States will likely not inspire much confidence in markets either. That’s why many traders are simply sitting on the sidelines and waiting in cash.

The biggest gainer, by far, if we are looking at pure numbers is the S&P VIX. Obviously, you can’t invest in the VIX – it’s merely a volatility index. However, it’s a good indicator to follow when markets run amok, and it’s been rising at an exceptionally fast rate. For the week, the S&P VIX rose 21.36% and has seen an almost 50% rise in the past month. It’s clear that investors are feeling uneasy.

A similar situation is unfolding in Japan: the Nikkei Volatility Index has risen a stunning 83.40% in just the past week. It’s up 219% in the past month, as well. These kinds of numbers mean that Japanese investors and traders expect to see more blood in the coming weeks.

Overall, the financial forecast is grim and altogether uncertain. We would need some remarkable news to turn this around, nothing short of a vaccine or a drastic reduction in coronavirus cases. Worst of all, however, is that this pandemic is exposing some of the weaker parts of our financial system, which has further spiraled out of control.

Traders and investors are advised to be extremely cautious.