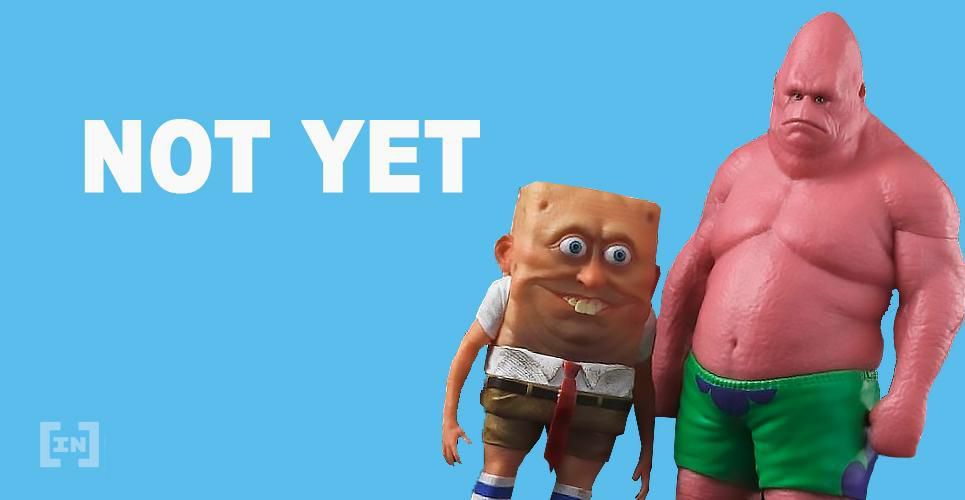 Crypto markets may not be at the bottom of this cycle yet, but a number of technical indicators are suggesting that it isn’t far away.

Total crypto market capitalization recovered marginally over the weekend to reclaim the psychological $1 trillion level. However, it is too early for hopium as markets retreated again during today’s Asian trading session.

Markets have been consolidating around this level for the past fortnight, and a number of technical indicators are starting to signal that the bottom of this current cycle could be close. BTC itself is holding above $21,000 at the time of writing.

A weekly green candle for bitcoin would usually be cause for a little celebration, but the fact that it closed below the 200-week moving average does not bode well for the bulls.

However, a bearish crossover of the 20-week and 100-week moving averages has previously been the bellwether for macro-market bottoms. This could suggest that a little more pain is imminent before a few months of consolidation leading to a lift off the bottom later this year or early next.

In a report late last week, Glassnode noted that bitcoin and Ethereum have traded below their previous cycle peaks making this a “bear of historic proportions.”

On June 26, lead on-chain analyst at the firm, “Checkmate”, observed that bitcoin is trading below three indicators that have previously coalesced around bear market bottoms. These are the previously mentioned 200-week moving average, its Realized Price, and the 0.6 Mayer Multiple.

PlanB, whose infamous stock-to-flow model is close to being invalidated, observed that a June monthly candle close below the 200-week moving average would be the first time ever this has happened.

Furthermore, the deviation from bitcoin’s two-year exponential moving average is currently the second-lowest in history at 49% below.

Veteran technical analyst Peter Brandt took a look at BTC market dominance suggesting a close back above 50% would be a “huge positive.”

BTC dominance is currently 43.4% according to Tradingview. It dropped below 40% in Jan but has yet to reclaim 50% despite altcoins getting hit harder in the market slump.

BTC is currently trading 69.2% down from its Nov all-time high. It fell to around 84% off its peak in Dec 2018 during the depth of the last crypto winter. If the miners have not exhausted their selling yet, another fall below $20K is inevitable.