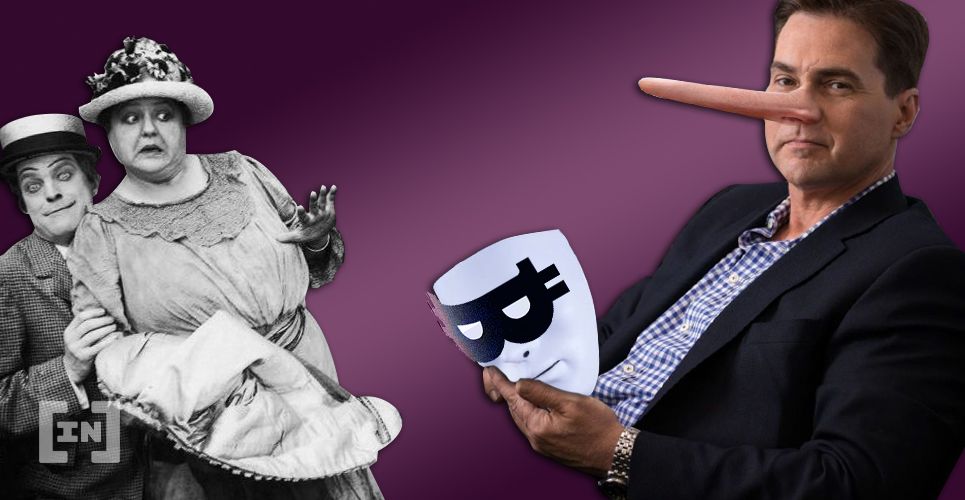 Craig Wright, the self-proclaimed ‘Satoshi Nakamoto,’ often flaunts his academic credentials. However, a recent investigation finds that his doctoral thesis is fraudulent. According to the report, “substantial, deliberate plagiarism is present in at least thirty pages of Wright’s thesis.”

Wright’s doctoral thesis was titled “The Quantification of Information Systems Risk: A Look at Quantitative Responses to Information Security Issues.”

At least thirty pages in total are in question and almost the entirety of Chapter 6 is allegedly plagiarized, according to the report. Wright was allegedly able to pass plagiarism detection tools by substituting synonyms. In one example, Wright writes:

The original source, published in 2004, reads:

As Paintedfrog writes, “in almost every case, he did not even bother to change the sentence order.”

The Medium post compares other screenshots of Wright’s doctoral thesis and the plagiarized sources. 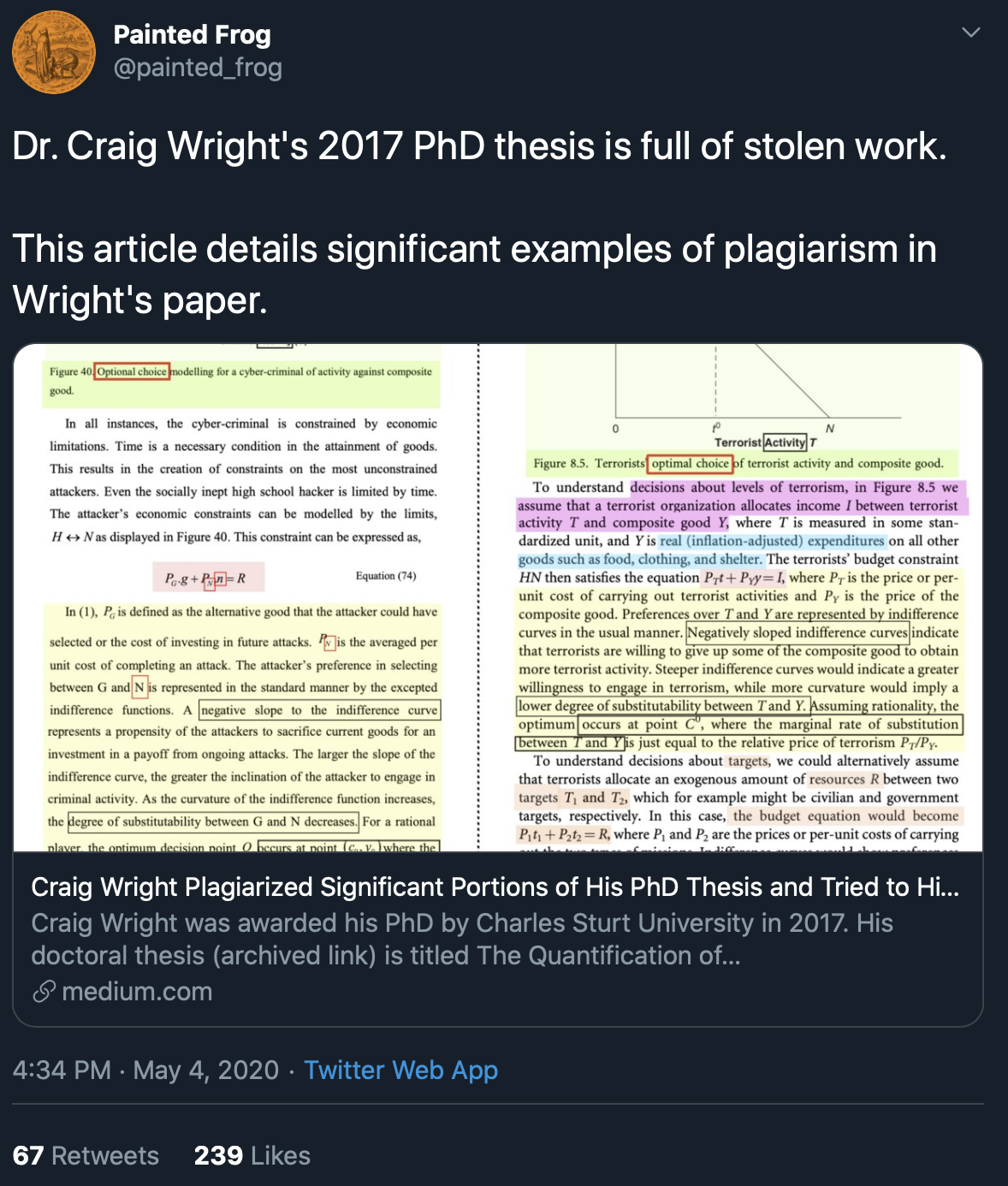 Wright has not responded to the accusations, as of press time.

Remarkably, Wright claimed in October that Satoshi Nakamoto plagiarized his thesis in an apparent Freudian slip.

The accusation of plagiarism is the latest in a long string of accusations levied against Craig Wright, the founder of Bitcoin SV (BSV).

Wright is well-known for making strong statements in an effort to boost his Bitcoin Cash fork and profile. For example, he has claimed that Bitcoin (BTC) and Bitcoin Cash (BCH) owe him $100 billion for ‘breaching contracts.’ He’s gone on the record claiming that Blockstream hacked him to forge documents. In November 2019, he even claimed he knew of a ‘critical bug’ in Bitcoin and Litecoin that he would expose. (That ended up never happening.)

Wright allegedly plagiarizing his doctoral thesis is not out of the ordinary — he has demonstrated a penchant for outlandish statements and outright lies. This latest accusation is just another addition to what we can usually expect from Wright.